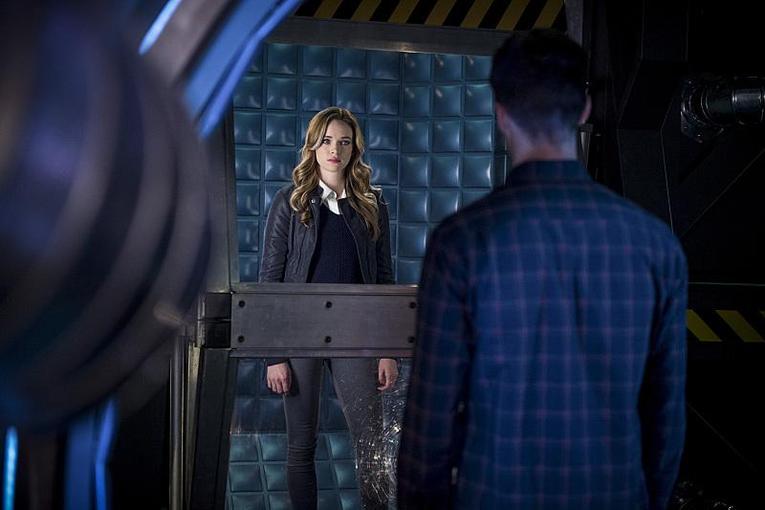 This week’s episode of The Flash was all about the consequences of Flashpoint catching up to Barry Allen. Caitlin Snow turned into Killer Frost and revealed that Barry caused the death of Cisco Ramon’s brother Dante Ramon by creating Flashpoint.

Caitlin’s plotline was fantastic. The tone was perfect and Danielle Panabaker’s performance was great. Everything was solved– for now– by the power of friendship, which is the kind of thing The Flash can get away with.

The tension between Barry and Cisco was also great. Grant Gustin and Carlos Valdes both played this conflict in an understated way. I’m glad the show allowed the rift in their friendship to be quietly gut-wrenching rather than a big explosion.

That said, this episode suffered from one of my least favorite patterns in The Flash: every character overly praising Barry. When multiple characters are given monologues about what a hero he is, it just feels like overkill.

This episode saw Wally West emerge from his cocoon as a full-on speedster. I love the joy that Wally had with his newfound abilities, played wonderfully by Keiynan Lonsdale. It reminded me of the show’s tone in its earliest episodes and was especially refreshing in this relatively dark episode.

In this episode, secret genius HR Wells prompted Cisco to track down Caitlin using the same methods who used with Captain Cold. He’s useful after all. Plus, HR teamed up with Joe West for the first time. The combination worked pretty well, although I’m not sure I buy either of them deciding to just cut open Wally’s cocoon against a medical scientist’s advisement.

The end of “Killer Frost” revealed that Julian Albert is Dr. Alchemy. It wasn’t a huge surprise that Alchemy’s identity was the only other character who suddenly showed up in this timeline. But, Julian’s an interesting enough character that it should be fun to see where this goes.

Read my review of last week’s episode of The Flash here.