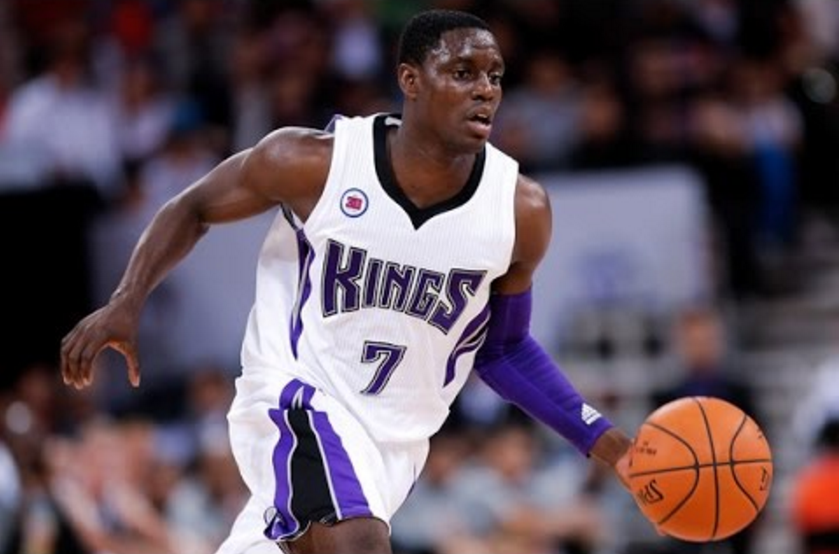 Sacramento Kings (5-9) Head Coach Dave Joerger finally followed the trend of today’s NBA and decided to play small ball in attempt to get their season on the right track. He rolled out a starting lineup of Darren Collison, Ty Lawson, Matt Barnes, Rudy Gay and DeMarcus Cousins hoping to spark some much needed energy with the Toronto Raptors (8-5) in town – and it worked as Sacramento held on to a 102-99 win.

Rudy Gay flourished in his role at the stretch four, scoring 23 points on an efficient 9-13 shooting while grabbing nine rebounds and dishing out four assists. Even bigger than his offensive output was his defensive prowess on the league’s leading scorer DeMar DeRozan. Averaging a scorching 33 points per game, Gay and the Kings held DeRozan to just 12 points on 3-15 shooting and three turnovers in 39 minutes, marking his lowest output of the season.

As a team, the Kings held Toronto to just 36 second half points and 40% shooting on the night. The Raptors managed just 17 assists to their 15 turnovers. All-Star Kyle Lowry had 25 points, seven rebounds and six assists but also turned the ball over seven times himself.

DeMarcus Cousins notched his sixth double-double of the season with 19 points and 10 rebounds. Darren Collison scored 15 and assisted on 10 baskets and the trio of Gay, Cousins and Collison was clicking on Sunday night.

Arron Afflalo, Kosta Koufos and Garrett Temple added some much needed points off the Kings bench scoring 14, 8 and 8, respectively. Not only did Sacramento’s new small lineup add some much needed energy, it also allows Afflalo and Koufos to come off the bench and give them some more depth. Their bench outscored Toronto’s 32-18, adding an entirely new element for the Kings.

The game ended on a strange note when the Kings couldn’t quite close it out on their own terms, failing to even get a shot off on their final offensive possession. Down three points, this gave Toronto 2.4 seconds to work with. Off of a deflected inbound pass, Terrence Ross knocked down a deep dagger three at the buzzer, seemingly sending the game into overtime. But after a lengthy official review it was declared that the clock did not start at the time the ball was initially deflected by Cousins and therefore the shot was waived off.

Dave Joerger quickly ushered his team into the locker room while the angered and stunned Raptors protested the call led by their irate head coach Dwane Casey. After the game Kyle Lowry didn’t have much to say to reporters, simply responding to every question with, “No comment.”

Sacramento has now knocked off Toronto twice in two weeks and four straight times dating back to last season.

The Kings host Russell Westbrook and the Oklahoma City Thunder on Wednesday night.