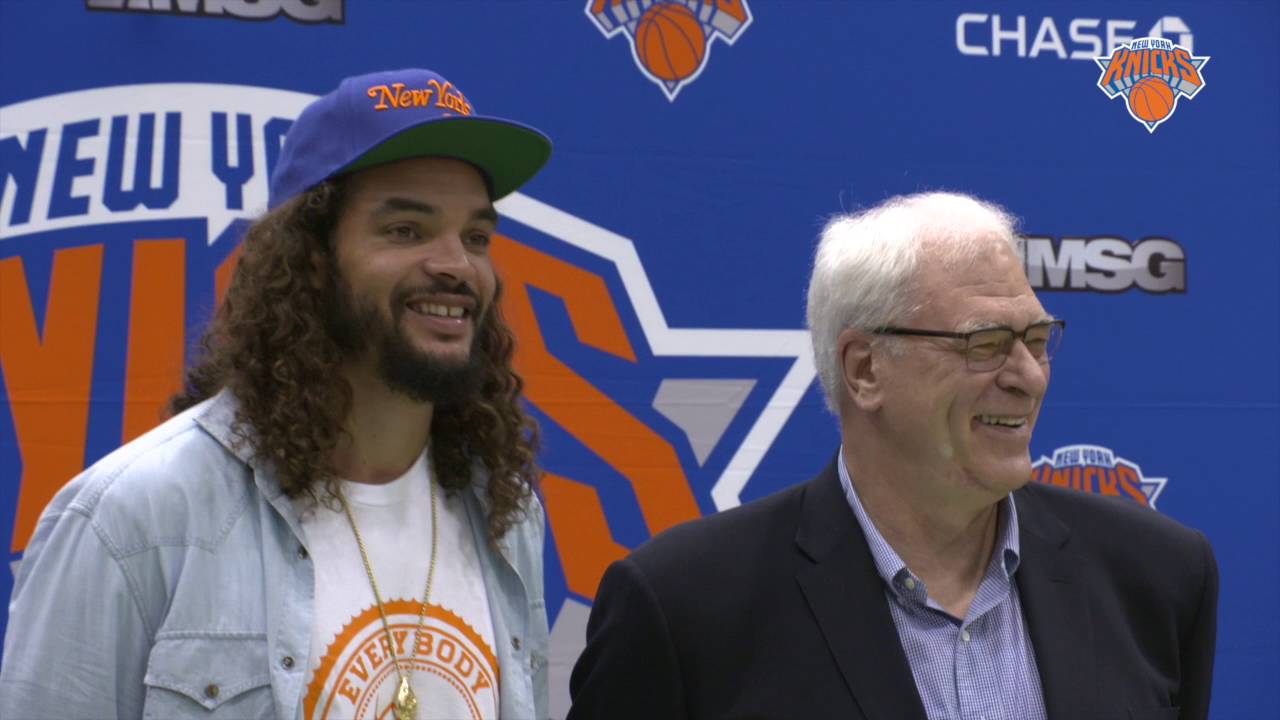 Image courtesy of the NBA/YouTube.

If you had told me four years ago the Knicks would have Carmelo Anthony, Derrick Rose, Joakim Noah, a 21-year-old hoops saiyan, and Brandon Jennings I would have guaranteed a championship. Well the Knicks have all those players, but timing is everything and it’s four years too late. Rose and Jennings have been solid in spurts, Melo and Kristaps Porzingis have been great, but Noah has been walking the thin line of defensive backbone and offensive black hole. When he was signed to a four-year $72 million deal in the offseason most saw it as a mistake. That feeling has not changed 12 games into the season. In fact it’s becoming increasingly obvious that Joakim Noah doesn’t fit.

Unlike his longtime teammate, D. Rose, Noah is not a one year rental. He’s here for the foreseeable future. He has definitely brought the much needed bite back to the defense, but has been a non-factor outside of five feet on offense. Couple that with the competent play of rookie Willy Hernangomez and strong minutes Kyle O’Quinn has been giving Hornacek this season and Noah quickly free falls out of the picture. When Phil Jackson signed him it was under the assumption the team would be running the triangle and Noah would be playing starter minutes (35-plus). Thankfully Jeff Hornacek has scrapped that archaic offense and went to a more modern offense, getting up the floor quicker and using pick-and-roll in the halfcourt. This has fast tracked Porzingis’ move to center and left Noah in no man’s land.

Porzingis’ ascension is the main reason Noah cannot play major minutes. Sophomore slumps don’t exist in New York and if Porzingis was going through one it lasted four games. The best lineup the Knicks have used this season has featured Porzingis at center, Melo at power forward, Justin Holiday (who has made Lance Thomas expendable quickly) at small forward, and some variation of Rose and Courtney Lee or Rose and Jennings in the backcourt. In that lineup Porzingis is averaging 22.5 points and 10.3 rebound with a true shooting percentage of 60.5 while Melo is averaging 29.6 points and 8.4 rebounds with a true shooting percentage of 63.0 per 36 minutes. It’s a small sample size of 56 total minutes, but the results are undeniable–if the Knicks are going to win it is with KP at center and Melo at power forward where he had his best Knick season in 2013.

The best course of action is to play Noah at the start of games and go from there. At the bare minimum Noah will always bring massive amounts of energy. A majority of the Knicks’ losses this season happened in the first quarter when teams have put the Knicks in big hole early. Having Noah on the floor to  the start allows him to use his bottomless pit of energy to get the rest of the starters going. Hornacek appears to be using this strategy already, using Noah and others when he deems fit. Against the smaller Mavericks lineup Noah was on the floor for 15 minutes, but against the bigger Pistons he played 25. The Knicks won both of those games.

This could come off as another disaster under Jackson’s watch, but it doesn’t have to be. The Warriors used Andrew Bogut in similar fashion during their finals runs. Bogut started, averaged 20 minutes a game, and would stay in if rim protection became an issue. In that role Bogut averaged 5.4 points, 7 rebounds, 2.3 assists, and 1.6 blocks per game and played an integral role. This season Noah is averaging 23 minutes, 4.3 points, 8.9 rebounds, 3.5 assists, and 0.8 blocks per game. These numbers may seem underwhelming (because they are) but if you factor in hustle plays Noah’s 20 minutes carry quite a bit of weight much like Bogut’s did in Golden State. Noah is not a free agent bust, the Knicks are just starting to figure out how to use him.