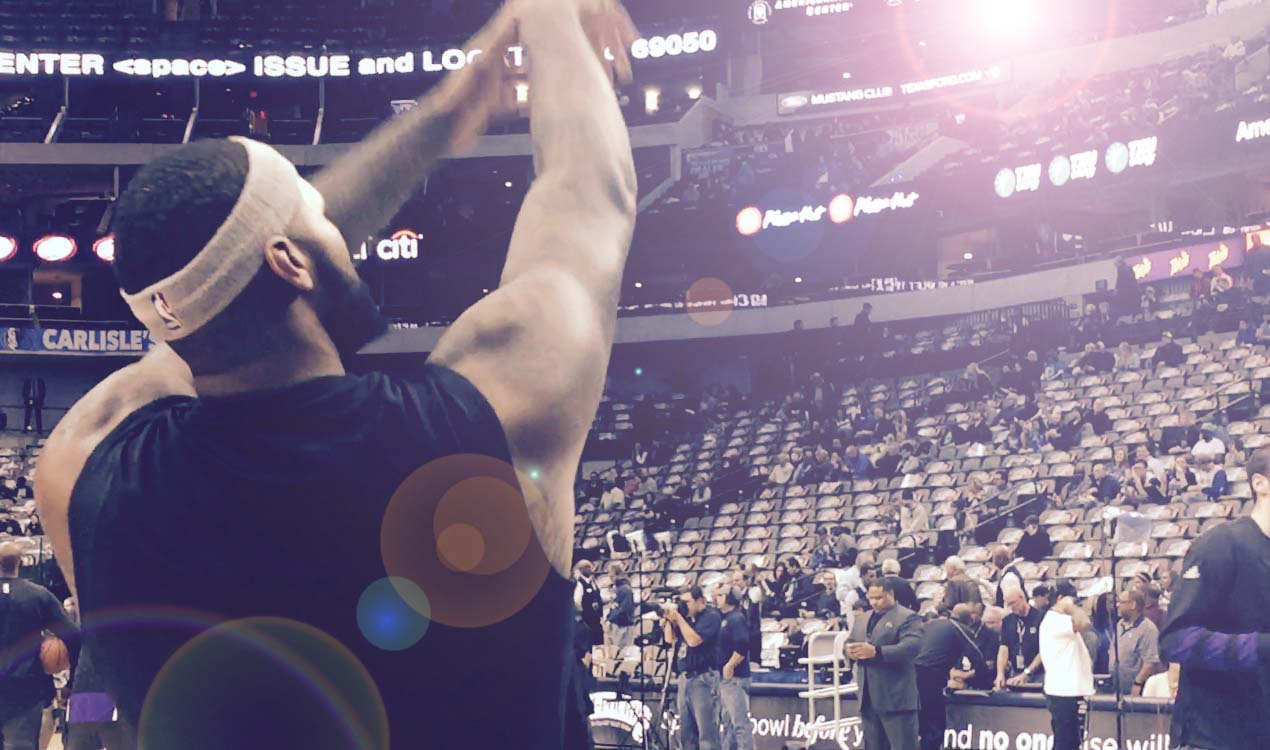 The azure bite in the North Texas air on Wednesday night was deemed appropriate for the mood inside the American Airlines Center. Although the warmth that radiated off the hardwood court was somewhat comforting to those escaping the nip outside, it didn’t do much to defrost the ice in the hearts of Dallas Mavericks fans who piled in to watch their struggling team take on the Sacramento Kings.

Fans who would be quick to say, “well, this season is complete shit,” which is actually literally accurate since the sponsor for the game was something called “Poo-Pouri”, a toilet bowl deodorizer that you spray before taking a dump – something that the Mavs did on the court during their 120-89 loss.

There was poo at every turn during the very lopsided battle with DeMarcus Cousins, Rudy Gay, and the rest of the purple gang. Once upon a time, the Kings HATED coming to play the Mavs on their home turf in Big D, but those days have long been forgotten and buried way in a much cheerier place.

Mavericks head coach Rick Carlisle was so disgruntled (more so than usual) that he didn’t take any questions from the media during the post-game presser and instead gave a brief statement through clenched teeth:

“That was a very, very, very disappointing performance,” Carlisle said before moving on to blame himself. “It starts with me; I’ve got to do a better job getting these guys ready to play, getting them ready to compete. The second half was inexcusable. The way we played – just the way we performed all around – everything from how we competed, decision making. Shot making comes and goes, but the competitive spirit has got to be there. We’re going to do better.”

Carlisle himself took a couple technical fouls in the fourth after he called extra timeouts.

The press was quickly ushered out of the locker room after a short time in order for the Mavs to hold a 35 minute emergency team meeting. But a tongue lashing won’t do the team one bit of good since a lot of the reason why the Mavericks are quickly headed toward a top spot in the 2017 NBA lottery. The injured list is plagued with superstar names like Dirk Nowitzki (Achilles), J.J. Barea (calf), and Andrew Bogut (knee), which remains their biggest thorn.

The Kings had themselves a night and came up smelling like roses behind DeMarcus Cousins’ 24-point, 14-rebound, seven assist game.

Dallas has been eyeing Boogie for a while now, believing that he would fit in well with their system (he won’t) even though Cousins has been insistent that he loves the River City. He may love the community and the fans who worship him, but everyone knows that being on a team that has been a bottom feeder for over a decade stinks. The Mavs even went as far as nabbing Cousins’ little brother Jaleel and signed him to their D-League Texas Legends.

The Mavericks face off against the Indiana Pacers on Friday, looking to hopefully come up smelling like roses during that battle instead of, well – you know.