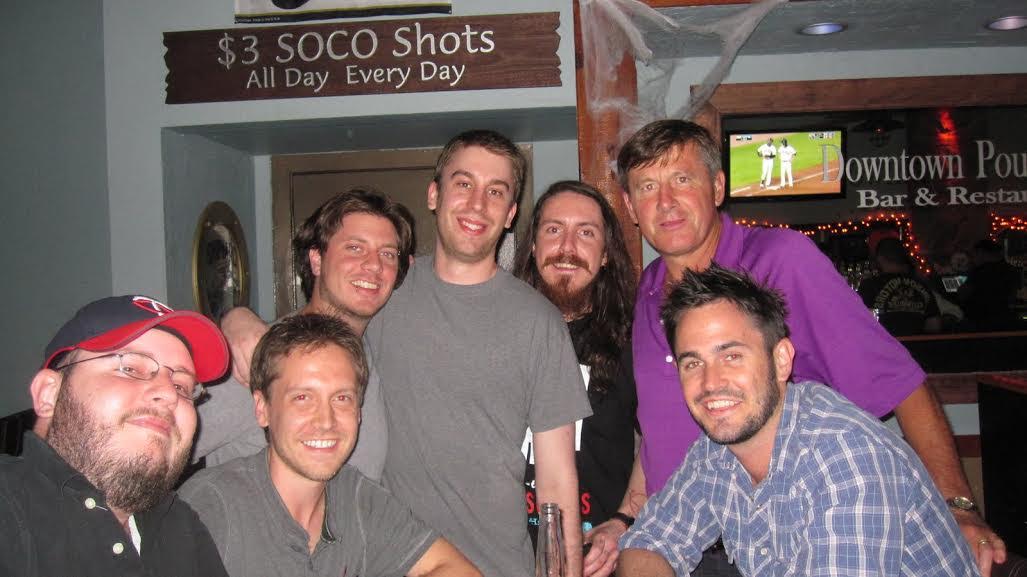 My lady had gotten me tickets to the Orlando Magic’s first game in their new arena for my birthday. This was quite the gift, because we lived in New York City. I grew up loving the Magic, and this was in the prime of the Dwight Howard era, with Jameer Nelson, Rashard Lewis, and Stan Van Gundy at the helm.

Since the Magic were good, and it was the first game in the sparkling new arena, it was nationally broadcasted on TNT, of course. We flew down from New York to see them take on the lowly Wizards. My lady even got my name, along with a happy birthday message, on the jumbotron. The Magic won the game, making this one of the best birthdays ever. But the real highlight was after the game.

This was a massive ordeal in Orlando. Afterwards, we met up with some of my old buddies to celebrate the arena, the win, and the birthday. We were toasting at a bar when one of my friends stepped outside for a smoke, or to call a girl or something. All of a sudden, he comes screaming back into the bar, yelling “Hey Guys! Look, it’s Craig Sager!

And sure enough, behind him was Craig freaking Sager, coming in just to say hi, just because Justin had asked him. It was well after the game, and he was not dressed in his finery, but he shook all of our hands, looked us in the eyes and really took his time. We offered to buy him a beer, and to our great surprise, he obliged.

So, there we were just sitting and talking basketball with the sideline legend. We asked about his notorious suits and he said something to the effect that even he has to be comfy sometimes. He took a photo with us. It was maybe ten minutes of hang time, if that, before he politely excused himself, saying he was tired, and heading to some other city the next day to cover some other team. He thanked us, and left behind half his beer.

Then, without hesitation, we all proceeded to take swigs out of his half empty (half full in Craig’s case) beer, because we thought it would be cool to have quite literally shared a beer with the one-and-only Craig Sager. The man of many outrageous suits, who could even make Kevin Garnett lighten up. The man who pestered Gregg Popovich between quarters; the man who made massively famous basketball stars laugh after the games, and made sideline reporting look like pure joy. The man who interviewed Hank Aaron as he rounded third base to break Babe Ruth’s home run record.

Well, at the terrible news of Craig Sager’s passing, it is pretty damn cool that, years ago, my buddies and me got to share a beer, and a few minutes with him. My sincerest regards go out to Craig’s family on the court and off. He always made the sidelines seem like center stage.

In memory, I don’t think I, or any of my buddies there that night second-guessed taking a sip out of that beer. I know it sounds weird, but you would have done the same thing. That is how a great birthday gets even better. The NBA on Thursday nights on TNT will never been the same…or as colorful. Thanks, Craig.