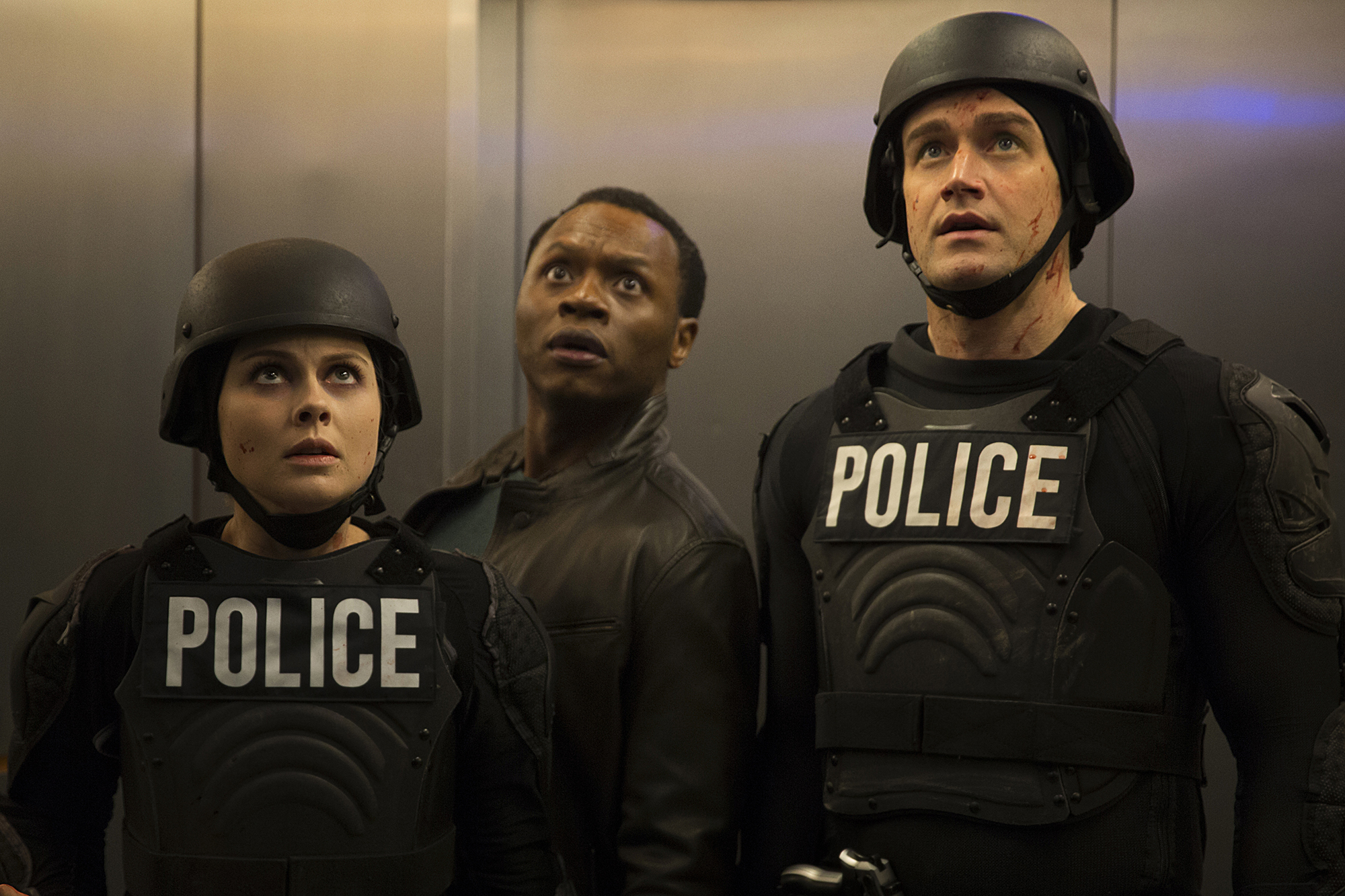 Arrow got back to superhero show basics with this episode about Oliver training a new team of vigilantes. Adding a new supporting cast to the show was a big risk, but the new team immediately clicked.

In this episode, Edward finally learned the truth about Oswald– that he’s in love with Ed and killed Isabella because of it. This led to Ed forming an alliance with Barbara, in one of the most exciting developments so far in Gotham‘s run.

Critiques of social media are rampant, but “Nosedive” was a truly special piece. What made it stand out is the compassion it has. Lacey Pound isn’t lazy or obsessed with things that don’t matter. We fully understand why she cares so much about her rating. The message isn’t that social media popularity doesn’t matter, it’s that while of course people strive for the tangible benefits that come with popularity, you can give everything you have and still end up with nothing. The optimistic ending where Lacey finally meets someone, at what she thought was her lowest moment, cemented this episode’s place as one of the strongest of the year.

In the season finale of Stranger Things, Eleven and Mike got closer than ever before Eleven met a tragic fate. Meanwhile, Nancy led Jonathan into a final battle.

In this episode, Coleman tried to convince Rachel to turn against Quinn. But, instead his betrayal of Rachel healed the fractured relationship she had with Quinn. It ended with them hugging and Quinn assuring her that they’d take Coleman down.

This was one of the scariest episodes of Scream. Noah was kidnapped and trapped in a coffin underground with only five hours of oxygen. In the midst of this tense, terrifying set up, a major piece of backstory was revealed: Audrey was so mad at Emma before the series began because she was in love with her and felt heartbroken when Emma moved on to other friends.

This is the coolest episode of Stranger Things, thanks to the incredible sequence at the canyon. But, it’s also the strongest episode from a character and emotional standpoint. Eleven tells Mike that she’s the monster, but he assures her that she’s a hero and she saved them. This comes off the heels of a big fight between Mike, Lucas and Dustin before they’re brought back together.

This was a strong episode for the relationship between Jimmy and Kim, which is the emotional center of the series. It also had the sequence where Jimmy returns to his old office in the back of the nail salon and finally seems happy.

This episode dealt with the relationship between Joe and Ryan, which drove most of Joe’s storyline this season. Despite how close they’d become, Joe didn’t open up to Ryan as he dealt with his fear that he might be HIV positive. Meanwhile, Cameron finds out that Donna lied to her in order to keep her from firing Craig and Doug.

Jimmy was at his crafty, morally uncertain best in this episode as he tried to decide how far to take his lie Chuck. The episode creates some of the best drama of the series so far as Jimmy struggles to protect Kim above everything else.

This episode saw Tristan worrying about being less sexually experienced than Miles. In a refreshing and important turn, they ended up realizing they need to really talk out their feelings around sex. It was great seeing a show portray a same-sex relationship between teen boys in a way that is both healthy and frank.

In the season finale, Donna Emerson brought everyone back together for a new and exciting project. This episode shows drama at its barebones best, as conflict comes up organically between these fascinating people who are determined to make something great.

In this episode, Norma struggled to tell Alex about her history of being sexually abused. The fact that she’s ashamed and expects Alex to be angry at her is a glaring look at how society treats survivors.

In this incredibly tense, exciting finale, Jimmy made the choice to do what he believes he must for Chuck’s health, even if it means risking everything for him and Kim. The final reveal that Chuck orchestrated the whole thing was one of the most memorable moments from TV this year.

This was the episode where Rip finds out that through everything, the Time Masters were in league with Vandal Savage. The ending in which Rip was once again Savage’s prisoner was a brutal piece of drama.

There was so much to love about this season finale. The action was perfectly orchestrated, the humor throughout was well-executed and the dramatic turns worked perfectly. Centering the relationship between Liv and Clive was a great choice and each of the tough decisions that comes about throughout this episode felt like a punch to the gut.