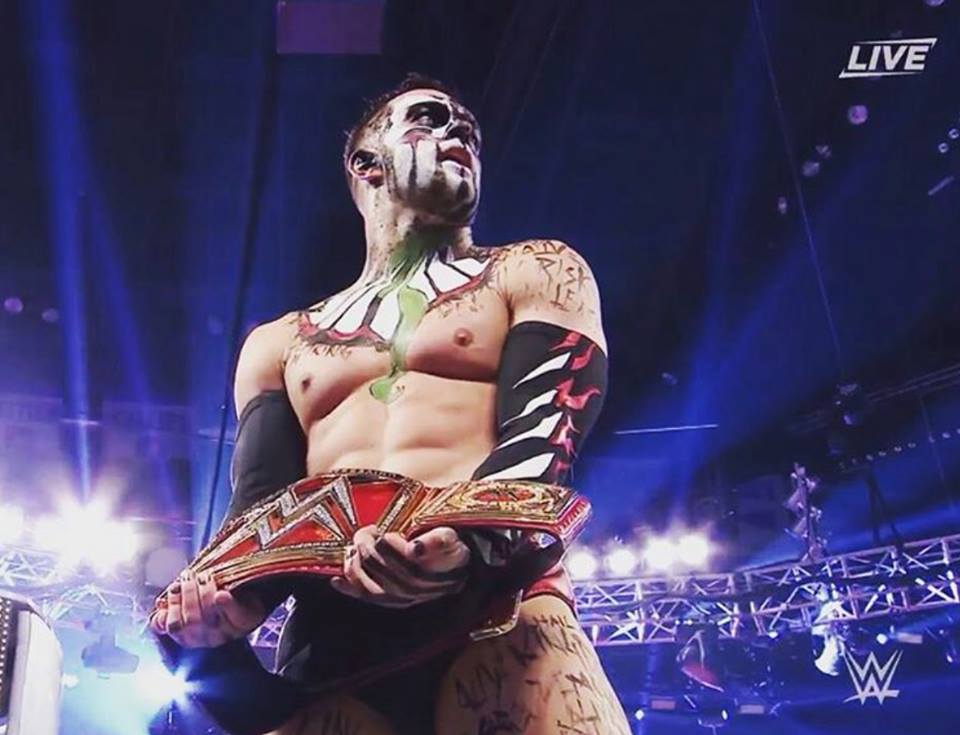 Even though WrestleMania is WWE’s biggest event of the year, my personal favorite, and the favorite of many WWE fans is Royal Rumble. Royal Rumble is the WWE’s annual starting point for the “Road to WrestleMania.” Since 1993, the winner of the Royal Rumble Match (a thirty man, over-the-top-rope battle royal style elimination match that ends once all thirty participants have entered the ring at pre-determined intervals, and only one man remains in the ring) has earned the right to challenge for a Heavyweight Championship in the main event at WrestleMania.

The Rumble Match is not only the premiere showcase for all of the superstars on the roster, it’s the easiest opportunity WWE has all year to close pre-existing feuds and jump-start others all in one night. Additionally, at it’s best, the Royal Rumble doubles as the most unpredictable night of the year. It’s a night of surprise returns and debuts, heel turns, unexpected rivalries and alliances, and often times, the biggest booking decisions WWE has to make all year.

It’s also the night each year when almost every wrestling fan decides that they should be the lead writer for WWE. This assertion — which, to be honest, I feel about 50 percent of the time I’m watching professional wrestling — manifests itself when wrestling fans begin booking the upcoming WrestleMania based on their expected or desired results of the Royal Rumble Pay-Per-View.

For now, I’m not going to fantasy book the entire WrestleMania card … that’s too much work and we’re still way too far out to be interested in anything other than what the winner of the Royal Rumble match will be doing at WrestleMania. Today I’ll just be picking the nine best possible, and at least borderline realistic, choices to win the Rumble match, what their specific Road to WrestleMania would look like, and why that particular road would be a fun road to drive down.

Ziggler has long been a personal favorite of mine, and 2016 was an especially impressive year for him. His Intercontinental Title feud with The Miz was arguably the best of the year — one that momentarily made the Intercontinental Title feel as relevant as it has in years — and their match at No Mercy, a career-threatening match for Ziggler, was among the best all year in WWE.

Since that feud came to an end Ziggler has yet again floated back to the lower mid-card. A sloppy heel turn that was brought about when Dolph attacked Kalisto (how dastardly!) has made Ziggler an afterthought on Smackdown yet again, even though there is a drastic need for a babyface that the crowd can get behind.

A Rumble match win would be the perfect time to right Ziggler’s ship, and regardless of if John Cena or AJ Styles were the WWE Champion, there are plenty of directions WWE could go if Ziggler were the Rumble winner and on his way to a well-deserved WrestleMania championship match.

The patriarch of the Wyatt Family has been so underutilized and misused over the past three years, even Dolph Ziggler feels bad for him. Wyatt could have been the new age Undertaker, only with the creepy gift of gab similar to someone like Jake “The Snake” Roberts. But since his debut in WWE in the Summer of 2013, Wyatt has come out on the shit end of virtually every program that he’s been apart of.

Though his character is more suited to be a heel, the WWE universe (for the most part) is dying to cheer for Bray Wyatt. We saw Wyatt vs. Cena three years ago at WrestleMania and Cena came out on top. If Bray were to win the Royal Rumble match and challenge “The Face That Runs The Place” for his WWE Heavyweight Title at WrestleMania, the two could paint a verbal picture in the weeks leading up the the event that would make the rematch to an underwhelming WrestleMania 30 match feel epic, and the Orlando crowd would surely get behind Wyatt in a major way. On the contrary, a one on one match with current Champion AJ Styles would be a delightful clash of styles, and a possible set-up for a Wyatt Family feud with The Club.

A little far-fetched, but there’s at least a glimmer of hope for a return to the ring for the WWE’s Olympic Hero considering he’s going into the WWE’s imaginary Hall of Fame this year. Angle was pulled from all appearances in Europe this weekend, so the rumors around the internet are that he might make an appearance at the Royal Rumble. And can imagine how jacked up the Rumble crowd would be if his music hit?

For real though, Kurt Angle has the Greatest theme song in WWE history, and he was the WWE’s MVP for the first five years of the 00’s. Those are facts. I want Kurt Angle to have one more moment so badly … maybe even one that can top Milk-O-Mania. And how’s this for poetic: if you bring Angle back for one more match, book it against WWE Champion John Cena, who made his WWE debut against Angle 15 years prior.

Strowman is the latest super-heavyweight to be fast-tracked on a push as the WWE’s top monster heel, and I can’t sit here and say I haven’t been a fan of the Strowman push thus far. Strowman isn’t prepared to headline WrestleMania, but there is no rule that states the winner of the Rumble needs to eventually be in the Main Event at Mania. Strowman can easily steamroll his way through all 29 Rumble opponents, go on to win the title at Mania in a slugfest against possible champion Roman Reigns, and continue to fine-tune his craft until he’s ready for that bigger spot at a future WrestleMania.

Samoa is the official Royal Rumble match pick of my most recent podcast guest, Dan Zambito. (we previewed the Royal Rumble card and forecast the Road to WrestleMania, so y’all should take a listen to that!) I could get behind Joe winning the Rumble … WWE needs new blood in the title picture and a Samoa Joe call-up from NXT and immediate Rumble match win would go further in solidifying NXT as the best thing WWE has created in the last five years.

None of these three need a Rumble win, but something tells me WWE has at least considered all three as potential winners. The Undertaker is the odds on favorite to win the Rumble (yeah, like legit odds; you can actually bet on WWE … what a time to believe), Lesnar is seemingly always in the title picture ever since he held the title for six months as a part-timer two years ago, and Goldberg continues to get massive reactions every time he appears on WWE programming (this is the exact kind of reaction WWE hoped Batista would get three years ago, only he became “Boo-tista”).

Goldberg is penciled in for a rematch with Brock Lesnar at WrestleMania, but WWE could call an audible and move that match up to March’s Fast Lane pay-per-view if they feel like they need to take advantage of the momentum the 50-year-old Bill Goldberg has been riding. The Undertaker, a year older than Goldberg, is still a WrestleMania staple even though his undefeated streak was snapped by Brock Lesnar at WrestleMania 30. The Undertaker would need to be carried in any WrestleMania match he’s in at this point, though WWE might not see it that way. If this is finally The Undertaker’s final Mania, they could decide to put him in a title match and let him go out on top.

Now I know I said I wasn’t going to fantasy book too much of WrestleMania, but I need to clear something up. The best possible use for part-timers or past-their-primers at WrestleMania are in non-title matches. The Undertaker, Goldberg, Brock Lesnar, and yes, John Cena, don’t need to be in a title match at WrestleMania; they have enough clout to carry a big-time program without a belt being involved. Goldberg and Lesnar are perfectly fine in a non-title match, as would be Taker and Cena. And even though Taker’s undefeated streak is already broken, if John Cena were to be the one who retired The Undertaker, that would be the greatest heel move of his career. That distinction should go to someone young, someone who could use that kind of rub. It just so happens I know the perfect guy, however, that guy is my Royal Rumble pick.

Balor was the biggest of WWE’s NXT call-ups this summer, and the newly created WWE Universal Title was won by Balor at WWE’s second-biggest event of the year, SummerSlam. There’s no telling how fast and how high Balor would have been pushed if he hadn’t suffered a torn labrum in that title match. Balor is due back sometime soon, and rumors around the internet seem to indicate that the slated Rumble winner at the moment is someone fans won’t be expecting. Balor hasn’t been in the public eye since August, so even if fans are itching for his return, it would be a shock to some if “The Demon King” were an entrant in the Rumble match.

A Balor Rumble win would be easy to book; he would be challenging for the Universal Title he never lost, and he’d either be facing Kevin Owens, Balor’s biggest NXT rival, or Roman Reigns, the man Balor defeated on Monday Night Raw to earn that championship opportunity at SummerSlam. To me, that’s the most logical story WWE could tell on the Road to WrestleMania. However, WWE doesn’t always do things in the most logical fashion. The good news is this: for the first time in a long time, even if WWE doesn’t make the most logical choice, there are enough good choices that WrestleMania 33 could be a spectacular event any way.