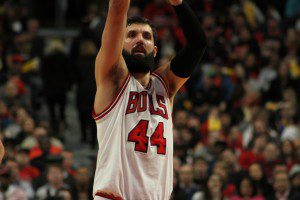 “Along with Pau (Gasol), he’s the best teammate I’ve ever had,” Mirotic said.

In an interview, Mirotic stressed that such a comment isn’t meant as a slight to his current or former teammates, all of whom he prides himself on working with well. It’s more a statement on Rondo, who doesn’t speak the Spanish that Gasol and Mirotic shared.

Rondo speaks in the universal language of positivity.

“I feel so comfortable with him and I think all the young guys do,” Mirotic said. “He’s very honest. He’s talking all the time, supporting before the game, after the game, during the practice. He’s always positive. Even if something is not going well, he’s trying to help young players. It’s been great to have him here.” Chicago Tribune