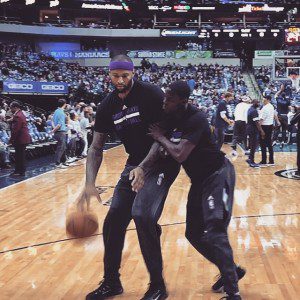 Reports out of Phoenix peg the Suns as the latest team to make a run at Sacramento regarding big man DeMarcus Cousins. According to Arizona Sports’ John Gambadoro, the Suns and Kings had some level of a conversation built around “small forward T.J. Warren, center Alex Len, Phoenix’s first-round pick this year and possibly more,” according to the report.

Sources close to the Kings said the team continues to receive inbound calls on several roster players, but characterized anything involving Cousins as unlikely. The Kings plan, according to sources, is to offer Cousins a Designated Veteran extension in July that could be worth more than $200 million. There is a growing sense that Cousins would sign it. The narrative around the situation has been that the Kings will wait out that process and decide the future of Cousins after they get an answer on the extension.  Basketball Insiders