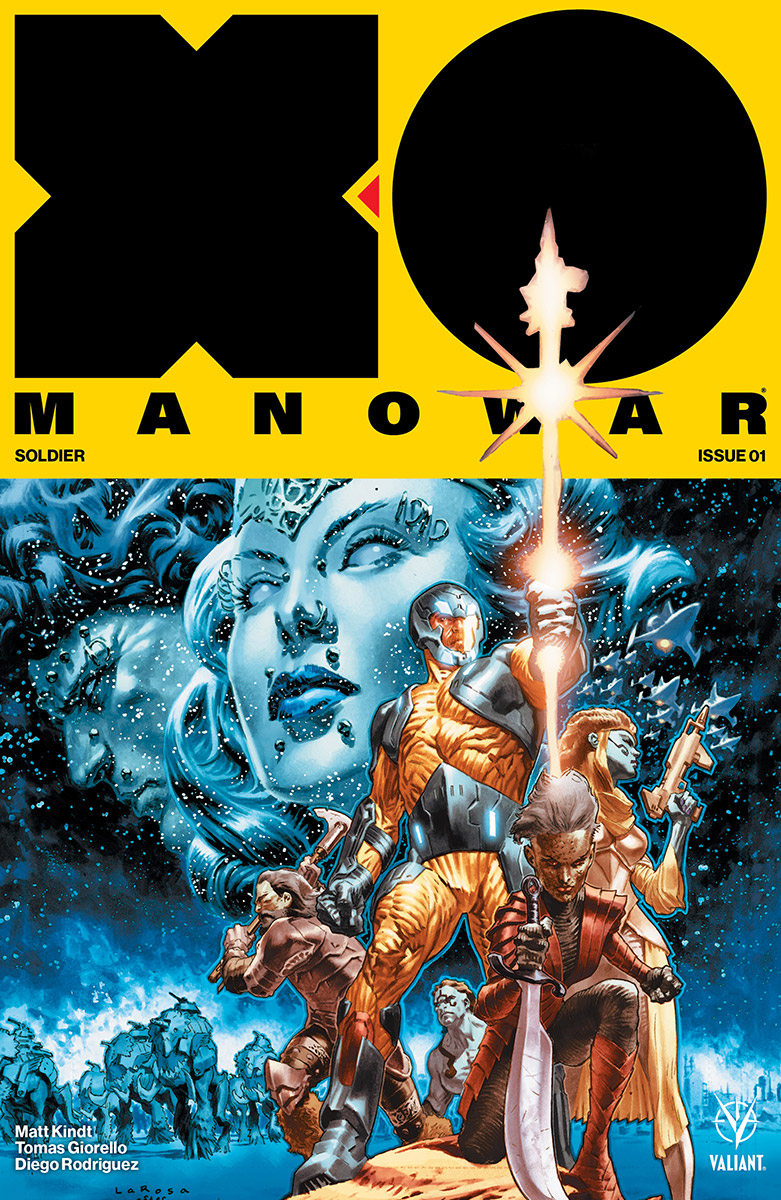 As the all-new X-O MANOWAR #1 prepares to begin its war-ravaged journey into deep space on March 22nd, Valiant is proud to reveal that one of the year’s most anticipated comics debuts will now ship in the VALIANT PREMIUM format — a brand-new form of deluxe packaging created specifically for Aric of Dacia’s battle-worn conquest of a savage alien world!

Beginning with the release of X-O MANOWAR #1 – the FIRST ISSUE to THE EPIC NEW ONGOING SERIES from New York Times best-selling-writer Matt Kindt (Divinity, Ninjak, Mind MGMT) and a rotating cast of all-star interior artists, including Tomas Giorello (4001 A.D.: War Mother, Bloodshot Reborn), Doug Braithwaite (Armor Hunters, Bloodshot U.S.A.), Clayton Crain (Rai, Carnage), Ryan Bodenheim (The Dying & The Dead), and Mico Suayan (Bloodshot Reborn) – fans and readers everywhere can look forward to the VALIANT PREMIUM format appearing on each issue of X-O MANOWAR in 2017 and beyond. Then, don’t miss Aric of Dacia’s one-man domination of a battle-scarred alien world… one that will force him onto the front lines of an eons-old extraterrestrial battlefield, and will send him into the deepest reaches of space!

Features for the all-new X-O MANOWAR #1, the first release to showcase the VALIANT PREMIUMformat, will include: 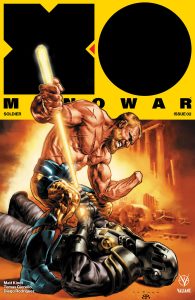 “X-O Manowar is Valiant’s most important series launch of the year – so much so that it has inspired us to create an entirely new format of publishing that’s designed to highlight the visionary and epic work of Matt Kindt, Tomas Giorello, and every stunning artist that will join them across the title’s first year,” said Valiant Publisher Fred Pierce. “Valiant’s first truly cosmic series starts here, and it’s an absolutely relentless adventure from the first page. Moreover, the VALIANT PREMIUM format will be an additive addition – at no extra cost to the consumer – that will enhance the storytelling and narrative impact of one of our biggest release to date. These are can’t-miss comics for anyone who considers themselves a fan of the medium.”

In contrast to VALIANT PRESTIGE — an ads-free format designated for the publisher’s most important standalone event and limited series — VALIANT PREMIUM will only be applied to X-O MANOWAR. However, the VALIANT PRESTIGE format will continue to be utilized as needed. 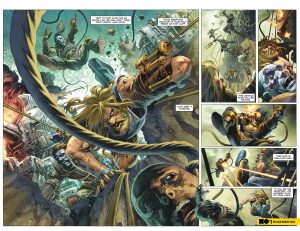 Born under the oppressive thumb of the Roman Empire, Aric of Dacia learned warfare at an early age. It was amid such violence that he was abducted by an alien race. Forced into slavery, he survived where others perished. His escape would come from bonding with a weapon of immeasurable power: the X-O Manowar armor. With it, he returned to Earth…only to find himself stranded in the modern day.

But that was a lifetime ago.

Now, far from home on a strange and primitive new world, Aric has begun a new life. Liberated from his past, he tends to his crops. Free from war. Free from violence. Free from the armor.

A brutal, deep-space saga awaits Valiant’s premiere hero here, as he enters a herculean voyage through the cosmos unlike anything fans have seen before! Alien planets, all-new characters, and out-of-this-world adversaries will stand revealed as Aric of Dacia rises from SOLDIER to GENERAL to EMPEROR to VISIGOTH in a star shattering adventure!