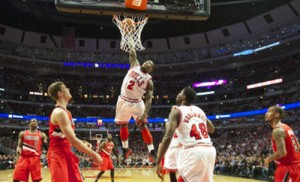 He most recently played in 2015-16 for Hapoel Tel Aviv of the Israeli Basketball Premier League, where he averaged 16 points, three assists, two rebounds and two steals per game. Robinson led the club to the playoffs, where he scored 46 points in a quarter finals matchup, which set a record for most points in a post-season game since 1985. NBA.com