Contrary to what everyone believes, maybe being an orphan isn’t so bad. Yeah, their parents are dead, which usually leads to a long period of hardship and depression. But what comes after that? A pick yourself up from your bootstraps story that more than makes up for all of the struggles they faced up until that point. To prove my point let’s visit the five most notable orphans in media, as ranked from least lucky orphan (though still lucky because they are an orphan after all, and the best stuff always happens to orphans) to luckiest orphan.

Batman witnesses his parents’ murder. That’s extremely tragic. If we were just talking about the most tragic orphan Batman would probably win. But we’re not. After his parents die Batman is still rich. In fact, he has so much money, that he is able to become Batman by making tons of fancy gadgets and a cool suit. Also, while this is enviable by most boys yearning to be a badass superhero – which, by the way, Batman is not; he is a vigilante and a regular old hero, but in order to be qualified a SUPERhero one must have SUPERpowers – we can all admit that Batman isn’t truly happy until he gives up vigilante-ing. Nobody really wants to spend their whole life getting beat up by crazies. So, as you can see, Batman doesn’t have much to overcome, and when he does so he does it with such mediocrity that he is the last on this list of orphans I would want to be. 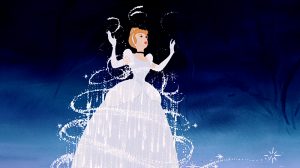 Cinderella probably got the most time with her parents than anyone else on this list (with Batman as a close contender). Also, they didn’t have a tragic death story other than the fact that people really just did not live that long in those days. After becoming orphaned Cinderella is raised by her stepmother, who makes her clean and won’t let her go to parties. Overall not the most awful living situation. But then she meets a prince and they live happily ever after, which yay, all girls want to be princesses, right? Being a princess is a cool fantasy – yummy food, cool dresses, and you get to tell everyone what to do – but in reality it’s probably really awful. I mean, cool she’s rich now, but she’s also probably super repressed, because it is the 1700’s after all. So even though she overcomes much more than Batman, Cinderella is still the most boring Disney princess, and therefore not the best orphan success story. 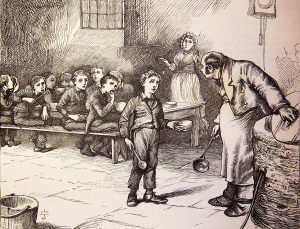 Somewhat low on the tragic orphaning story scale – mom dies in childbirth, dad is presumed to be a scumbag who left them prior – Oliver Twist faces the worst conditions of all the people on this list. He’s starved by his first caretaker, beat up by his second set, and kidnapped and forced to steal by threat of death by his third. Basically Charles Dickens made a list of all the terrible things that could happen to an orphan and made them all happen to Oliver. He eventually gets adopted by a nice old man, who is well-off enough to be able to afford a handkerchief – which were apparently fancy and coveted by pickpockets back then? Oliver by far overcomes the most hardship. But nothing really super great happens to him afterwards, besides getting adopted. Sure, Oliver makes the biggest leap in status of all the other orphans, but he also doesn’t get a butt-load of money, a throne, or superpowers, which makes his story only mildly impressive. 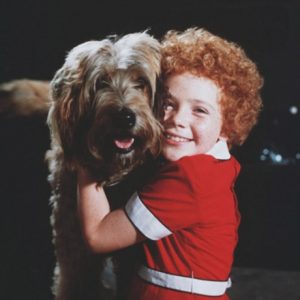 We never really find out what happened to Annie’s parents, instead we’re left to assume that they merely couldn’t care for her, and thus left her with someone they thought could. Unfortunately for Annie, they were wrong, as Annie ends up in the care of Miss Hannigan who hates kids so much she literally sings a song all about it. While Miss Hannigan becomes decidedly less awful with each new incarnation, her two biggest offenses remain the same: she makes the orphans clean frequently, and she tells them Santa Claus doesn’t exist. As a kid watching this movie this is about as bad as it can get. But then Oliver Warbucks, the billionaire, reluctantly takes Annie in for a weekend. He then less reluctantly adopts her, making her a billionaire’s daughter and presumably the heir to his fortune. By the end of the movie Annie has a puppy, servants, an indoor pool, all the toys she could ever want, AND a dad who loves her. As a kid watching, this is about as good as it can get. 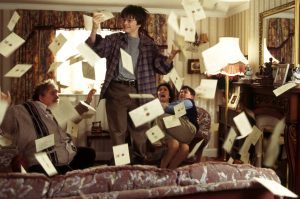 Harry Potter, like Batman, also witnesses his parents being murdered. Fortunately, since Harry is only a year old at the time he only remembers the event when face to face (hood?) with dementors, which is markedly less life-scarring. Also, Harry, like everyone else on this list but Batman, is abused by his guardians. Except his guardians are actually related to him, which makes the mistreatment even more heartless. Basically Harry is like a more depressed but less damaged Batman-Annie combo. Except better. His success story involves finding out he’s a wizard, inheriting his parents’ small fortune, going to a secret school to learn magic, becoming part of the Golden Trio (aka the GOAT friendship), and eventually saving the wizarding world. Harry Potter will forever be the best orphan who ever lived because he’s the only orphan who successfully made multiple generations so supremely jealous that we’re all still in denial about the fact that we never got our own Hogwarts letters.

So there you have it, orphans are better than you and better than me. Their parents may be dead, but that only paves the way for them to rise up and get a shot that they will never throw away. Orphans get happiness, money, and power. What do we get? Besides a happy family and a healthy household, I mean…