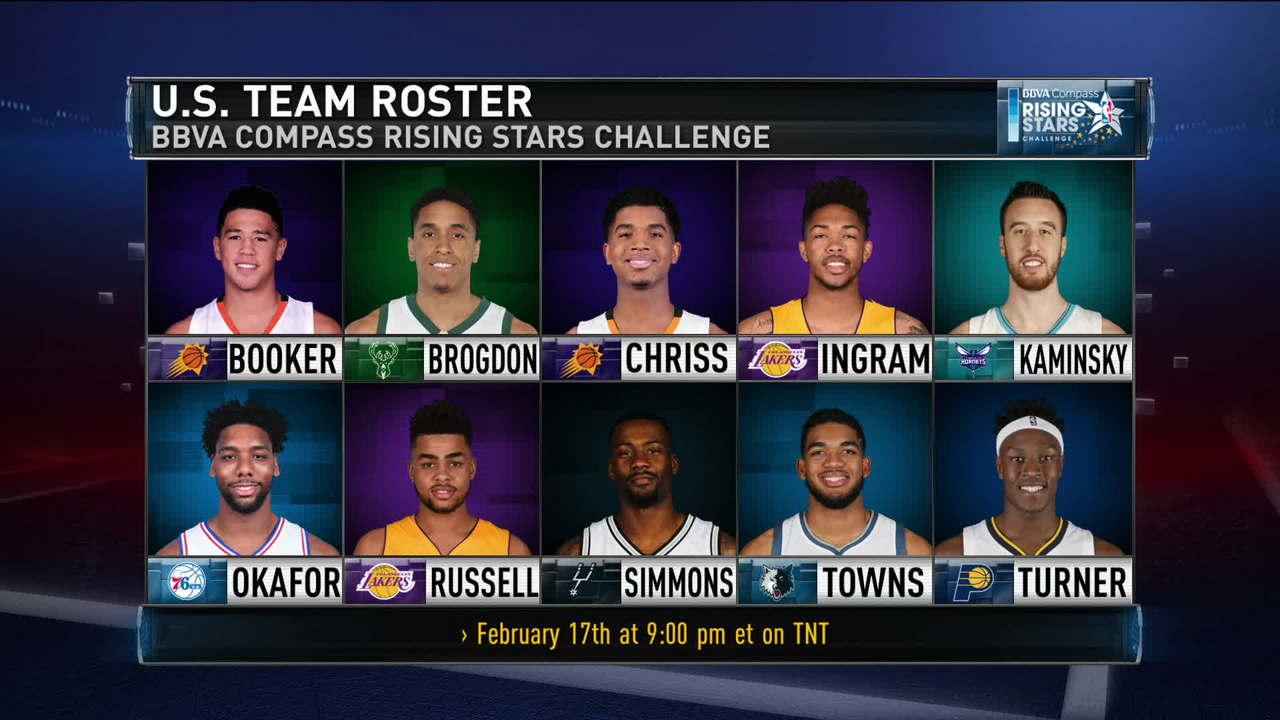 Courtesy of the NBA.

Cortez: Team World defeats Team USA. Joel Embiid not playing in this game sucks, but there is more than enough star power to carry the load. Team USA is more than solid. Karl Towns and Devin Booker will be saucing defenders all night. Team World on the other hand is loaded with 7-foot cyborgs. Kristaps Porzingis, Nikola Jokic, Dario Saric can handle the ball, shoot and baptize centers at a moment’s notice. Jamal Murray is also the type of player that catches fire in this game as is Buddy Hield. Too many heat check guys and cyborgs on one side while the other is just a Kentucky and Duke All-Stars.

The MVP in these games are guys that either get hot for 30-plus (Zach LaVine, Kyrie Irving) or clean the glass for 20 and 20 (Andre Drummond, Kenneth Faried). Nikola Jokic is probably the clubhouse leader to go off if his team wins, but to go against the grain I’ll go with Jokic’s teammate Jamal Murray. There are a couple heat check guys in this game including Buddy Hield who will play on Murray’s team. There is no real point guard so Jokic figures to do a lot of passing which is where familiarity comes into play. If Murray gets hot there are very few that can slow him down.

King: Damn I love All-Star Weekend. It’s like an unofficial holiday around here. All-Star Saturday is going to be LIT! (As de yout dem say). This is who I see getting busy. Both teams show that the NBA future is in great hands. Big KAT Karl Towns wins MVP over my boy Zingy, Kristaps Porzingus. USA wins in a close one.

Buckets: In my humble opinion, The Rising Stars Challenge is the most fun and exciting NBA All-Star Weekend event. The participants always seem to be juiced just to get a taste of ASW, and routinely go out of their way to do something insane on every play. And with the recent changes in format now the USA plays against the World. So, if you wanted to get all patriotically fired-up chant “USA.USA.USA” at the TV, feel free. However, if you watched last year you would know the World beat Team USA 121-112, but this year Team USA’s depth at the guard positions with Booker, Brogdon, and Russell might be too much for the World to handle. Conversly, Team USA better be ready to handle the bevy of skilled bigs (Jokic, Porzingis, Saric, Hernangomez, Sabonis) the World can throw at them.

In a hard fought victory, I’m giving the edge to Team USA this year with the MVP going to Devin Booker. He has a green-light to shoot in Phoenix, but The Rising Stars Challenge is the greenest green-light in history green-lights to a big time scorer. And if I’m completely wrong about all of this, at least it’s going to be fun to watch.