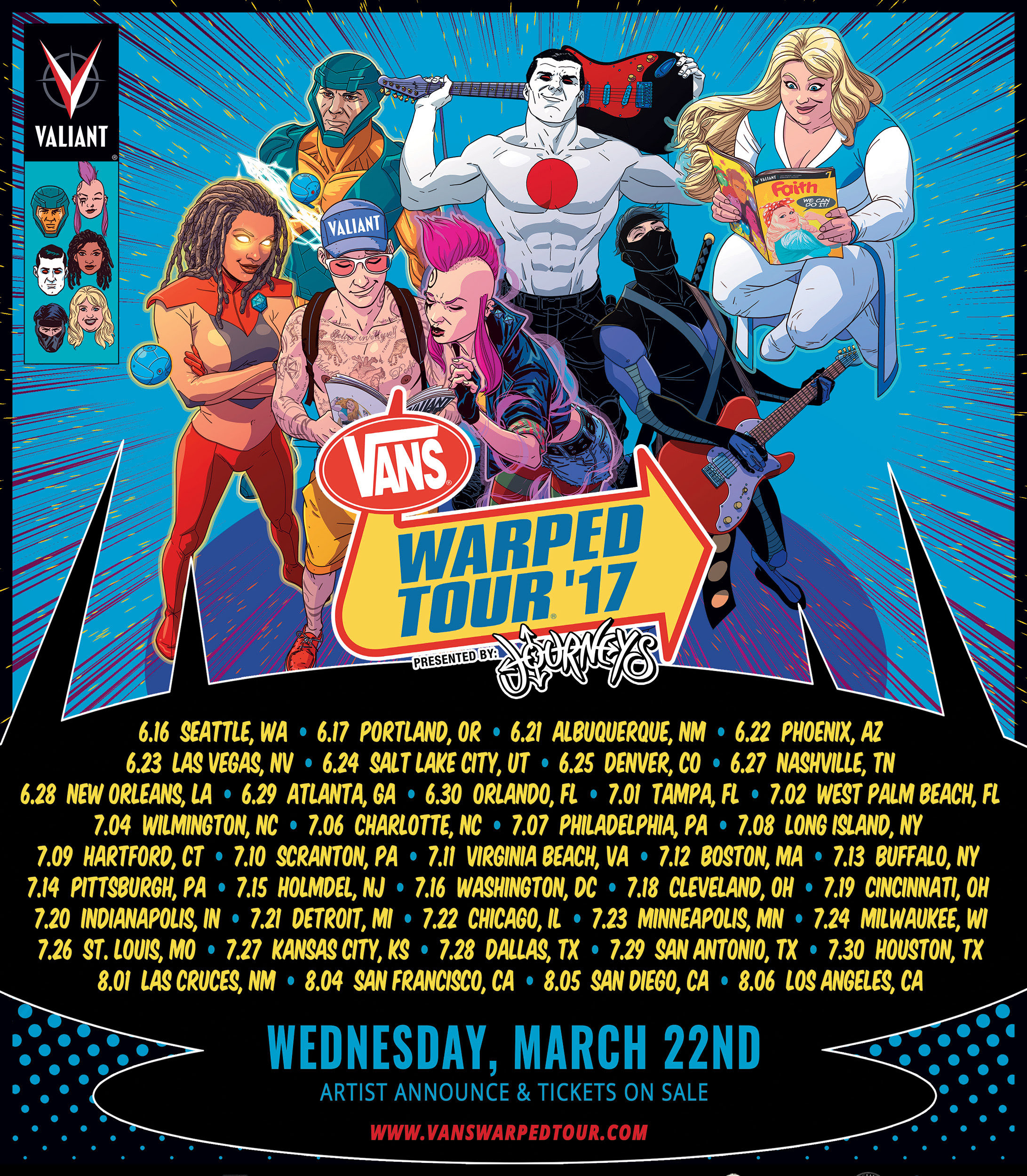 Additionally, Valiant will exhibit at select Vans Warped Tour® dates across the summer with a mobile comic book art installation and appearances by major comics creators – the first time that a major comics publisher has joined the touring roster of America’s longest-standing and most renowned touring music festival in more than a decade.

Valiant’s appearances on the 2017 Vans Warped Tour® will benefit the publisher’s ongoing charitable partners at The Keep A Breast Foundation – a leading nonprofit organization with a mission to empower young people around the world with breast health education and support.

“For 23 years, the Vans Warped Tour has been such a great platform for bands, brands, and creative minds,” said Vans Warped Tour® Founder Kevin Lyman. “It’s always fun to be able to do collaborations, and this partnership with Valiant Entertainment is very special from a creative standpoint.”

“This is a groundbreaking partnership on many levels, and we’re honored and excited to call the Vans Warped Tour our newest partner,” said Russell A. Brown, President of Consumer Products, Promotions & Ad Sales for Valiant Entertainment. “The Vans Warped Tour is an institution, and comics are the next logical extension of their hugely influential footprint. There’s a huge reciprocity between music and comics, and we were happy to find that there are just as many fans in their camp as there are in ours. We look forward to doing awesome things together in 2017 and beyond.”

Now in its 23rd year, the 41-date tour will commence June 16 in Seattle, WA and end on August 6 in Southern California.

The entire lineup for 2017’s Vans Warped Tour®, presented by Journeys®, will be released on Wednesday, March 22nd.

Tickets will also go on sale Wednesday, March 22nd at 10:00AM local time at vanswarpedtour.com.

As a bonus for early ticket buyers, the first 500 tickets sold for each show will be at the lowest price available and will include a digital download of the Official Vans Warped Tour® 50-song compilation.