The top NBA trade in the Western Conference this season, is undoubtedly the one that saw DeMarcus Cousins leave his adopted city and its Sacramento Kings to The Big Easy, joining fellow University of Kentucky alumnus, Anthony Davis, and the New Orleans Pelicans. While nothing is ever easy in the NBA, the task of making the NBA Playoffs was made less difficult for the Pelicans, who are currently 2.5 games out of the 8th seed in the NBA’s Western Conference. The Portland Trail Blazers are 1.5 games ahead of the Pelicans, while ironically enough, the Kings are two games ahead and half-a-game behind the 8th-seeded Denver Nuggets.

In exchange for Boogie Cousins, the Kings receive Buddy Hield, Tyreke Evans, Langston Galloway, and one each of a first- and second-round pick this year. Kings owner, Vivek Ranadive, likened Hield to having Stephen Curry potential; however, considering Ranadive wanted to run a cherry pick defense where there would be four defenders and one player on the other end at the NBA level, perhaps he isn’t exactly the most basketball savvy. In fact, I’ll take back my use of “perhaps” and just let the rest of the sentence be what I meant.

The push and pull of whether or not to take a chance on potential is an ever-present concept embedded in most people’s minds – “Ooh, what’s the shiny new thing?” In sports, most teams like the young player with unknown possibilities because they can turn out to be someone like Isaiah Thomas, who was drafted last in the 2011 NBA Draft by the, wait for it, Sacramento Kings. In 2014, Thomas went to the Phoenix Suns in a sign-and-trade deal that gave the Kings, the rights to Alex Oriakhi. Yes, I’m shaking my head too, as I’m sure many will be doing the same relative to the trade of Cousins, surely an enigmatic person, but also one of the top players in the NBA. You’re not going to get a lot of players with potential hitting Boogie’s established performance, which has been 28/10 on a night basis this season.

The Pelicans are taking a strong gamble that Cousins, a free agent after this season, will re-sign with them and form a very versatile one-two punch with Davis, as well as point guard Jrue Holiday forming the core of what could be a very good team. If Cousins and the Pelicans make the postseason, it’ll be almost a given that The Boogie and Brow Show will be part of NBA programming for years to come.

In the East, how can you not love what the Toronto Raptors did to fortify their defense with the additions of Serge Ibaka and P.J. Tucker. Ibaka’s cost was Terrence Ross and a first round pick in this year’s supposed deep draft, while Tucker joined the team up north for two second round draft picks (one in 2017 and one in 2018) and Jared Sullinger. There is no question that the Raptors are ramping up for what they hope is an Eastern Conference Championship match-up with the Cleveland Cavaliers.

Ibaka’s presence down low for both altering shots and rebounds helps fill a need at the power forward position and form a solid pairing with Jonas Valanciunas. Tucker had to be addition with LeBron James in mind. If Tucker can at least slow down The King, the Raptors will have a good chance to get by the Cavaliers. No easy task, but like the Pelicans, one made less difficult. To see the latest NBA, William Hill offers the best NBA betting opportunities! 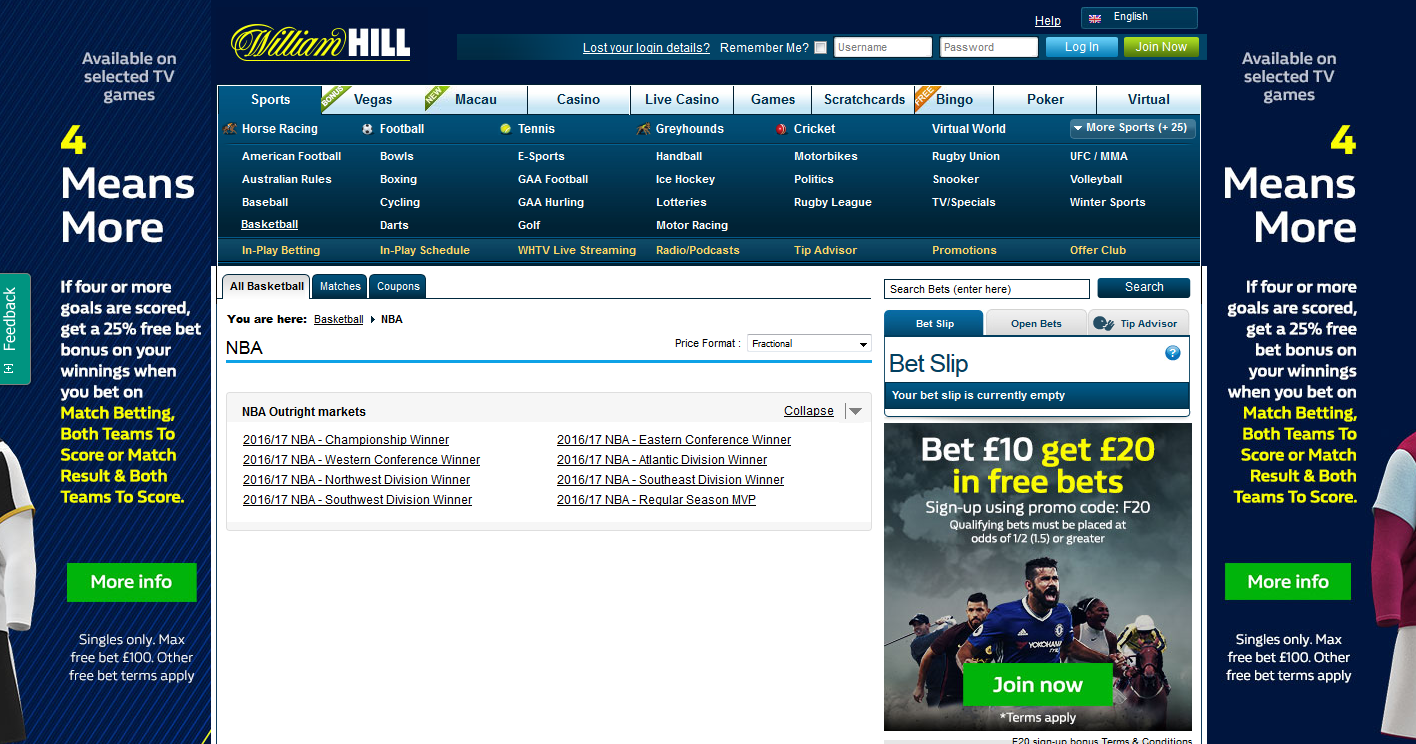