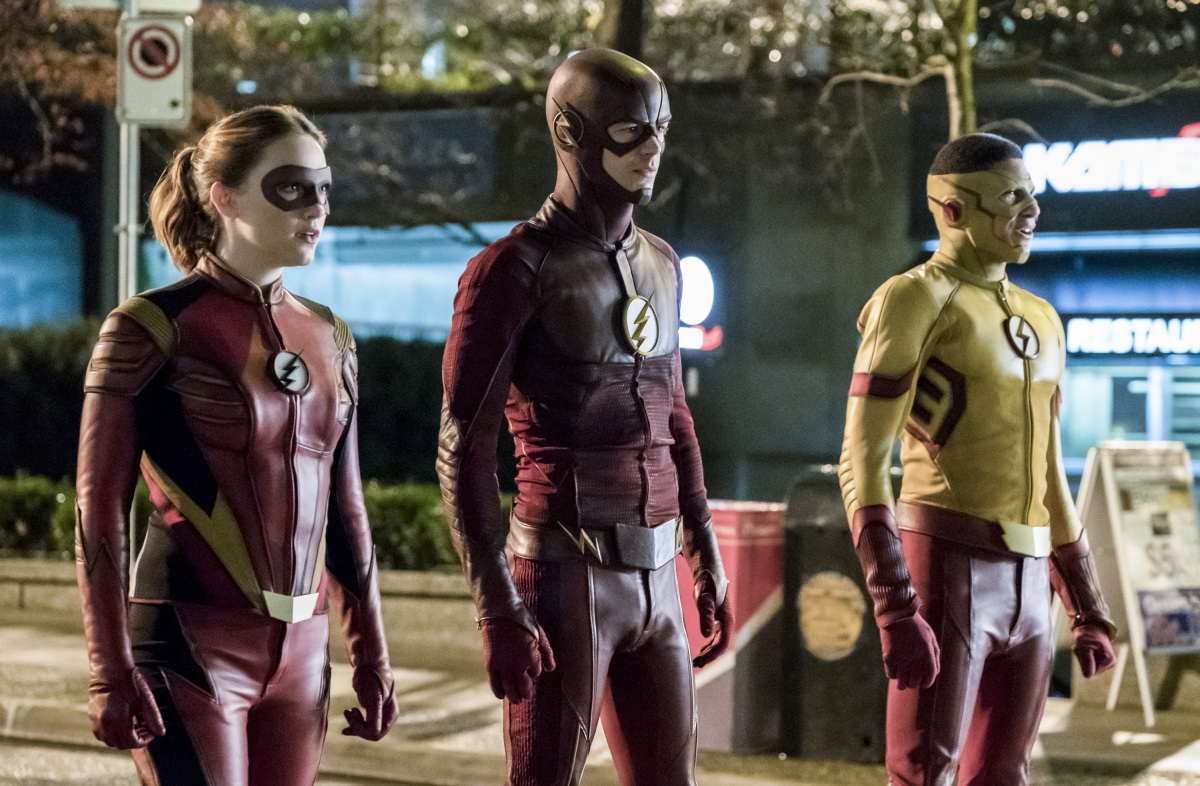 I’d hoped this week’s episode of The Flash season 3 would be more fun. I mean, it’s an episode where gorillas attack. I loved Harry Wells being around, of course. But, I also have complaints.

Gorilla Grodd planned to hijack a missile. The writers could’ve come up with something more interesting than that. This felt like a plot that could come from any villain. It took valuable screentime away from the gorilla fights viewers deserve.

I also felt frustrated with Cisco Ramon’s romantic plot. Once again, he flirted with a woman and got a quick kiss before she took off. Cisco lamenting about his loneliness drew attention to the fact that we’re on The Flash season 3 and his longest relationship was Kendra Saunders’ four episode arc. Women kissing him and then taking off is fun. But, why can’t we get a relationship with someone he’s actually formed a deep connection with, like Caitlin Snow?

This was another episode where Barry Allen got multiple pep talks about what a perfect hero he is. I’m sick of The Flash pretending we haven’t seen Barry get dark and power-hungry. He locks people away and then mocks them. Oliver Queen or the gang on Legends of Tomorrow may very well be worse people than Barry, but their mistakes are acknowledged and explored for drama.

Every time Barry gets close to maybe wrestling with someone interesting, the supporting cast of The Flash chimes in to assure him he’s absolutely perfect. This happened with Iris West and again with Joe West. Wouldn’t it be more interesting to have Joe tell Barry that he’s killed people in the line of duty and understands that it’s a choice Barry has to make for himself? Or anything besides the usual ‘you’re so special’ speech.

Still, there was a lot to like about “Attack on Central City.” The banter between Cisco and Harry can save any episode. Plus, Wally West and Jesse Wells’ relationship is adorable. And eventually there was some gorilla fighting.