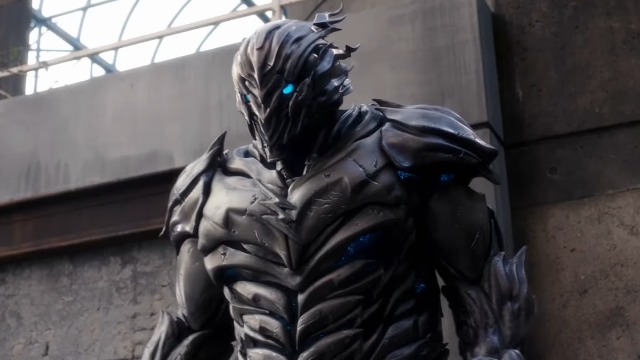 This week’s episode of The Flash season 3 was very plot-heavy. And when it comes to The Flash, plot-heavy means nonsense-heavy.

They’ve spent a lot of time showing that Savitar is scary and unstoppable. But, they have yet to establish why he’s at all interesting or what separates him from other Flash villains. When he mentioned loving mythology I was surprised to learn that he has interests.

The extreme peril of Savitar taking Wally West to be tortured for all eternity, with no obvious hope for getting him out, was a huge mistake. The stakes were already sky high with the threat of Iris West dying. Now all they’ve done is taken an interesting character and hero out of the game.

This episode was bogged down by sci-if goals that felt arbitrary. And it tried to get drama from throwing the characters into as much danger as possible, rather than focusing on what makes this particular struggle meaningful to the characters.

The few character-driven moments there were didn’t work for me. Barry Allen and Iris West’s engagement felt like a trivial matter. It’s well-established they want to get married eventually and at this point they have bigger concerns anyway.

Meanwhile, the fight between Caitlin Snow and Julian Albert was very dependent on their relationship actually being compelling. But, so far it’s really been going through the motions. The writers should’ve waited on them having a big fight until the relationship was more established as a positive thing, so that the fight would feel sad.

What made “The Wrath of Savitar” so disappointing is that it felt like a season 2 episode. Until now The Flash season 3 had been doing a much better job of making its episodes fun and compelling. Hopefully, this huge step back is a one week thing. At least the musical episode is coming soon.

Also check out my review of the last episode of The Flash.