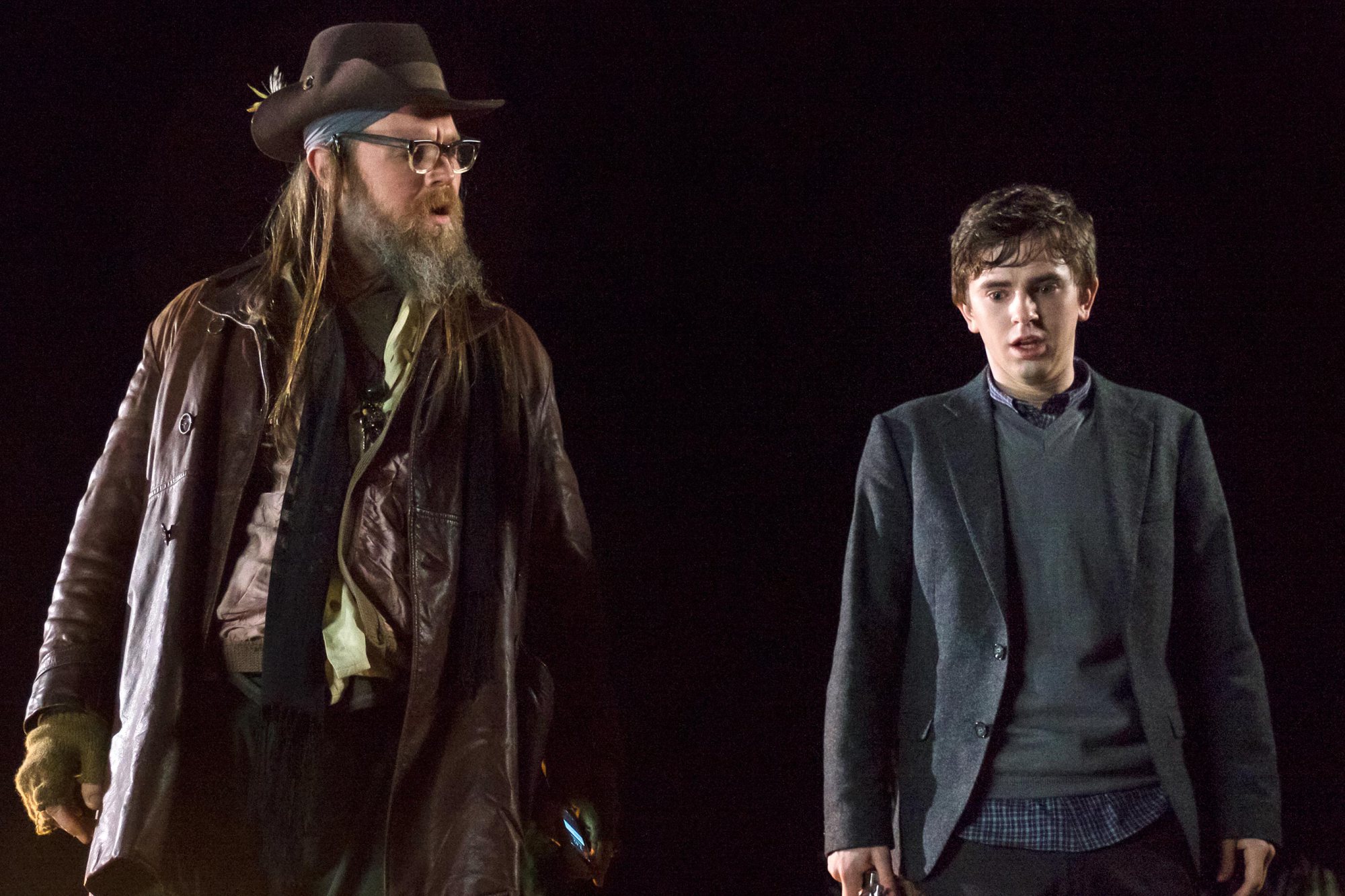 The third episode of Bates Motel season 5 is one of the best episodes of the entire series. The addition of Chick to the dynamic in the house worked brilliantly. His fascination made him something of an audience surrogate. It was exciting waiting for the other foot to drop and the pay off that he just wants to write a true crime novel about Norman was delightful. His casual demeanor provided the kind of almost humorous tone that makes Bates Motel so unique.

Norman Bates still had Caleb Calhoun captive in his basement. This provided the focus for the episode. A strange situation got even stranger when Caleb began to also have visions of Norma Bates. In the end, Norman let Caleb go. But, in a fantastic ending, Chick immediately ran him over. Norma’s earlier mention of texting Chick asking for milk provided just enough justification for the coincidence to work.

Meanwhile, this episode also gave us Alex Romero free from prison and ready to track down Norman. He hit a bump when a concerned young man got scared and shot him. The randomness of this event worked, especially when coupled with Chick running Caleb over. Everything else in this season has been so perfectly calculated enough that these two moments felt like poignant reminders that life is often random, rather than convenient story moments.

The return of Madeleine Loomis provided a small bit of story that wasn’t so dark. Although, like with everything in Bates Motel, looming darkness still hung over her interactions with Norman. Chick’s reaction to seeing Madeleine and the way he interacted with her also provided some nice, funny moments in the middle of an intense episode.

This episode didn’t check in with Dylan Massett and Emma Decody at all, but I think that worked. It told a tight, contained story that could almost work on its own. That’s a rare thing in TV dramas and it was extremely exciting to watch.