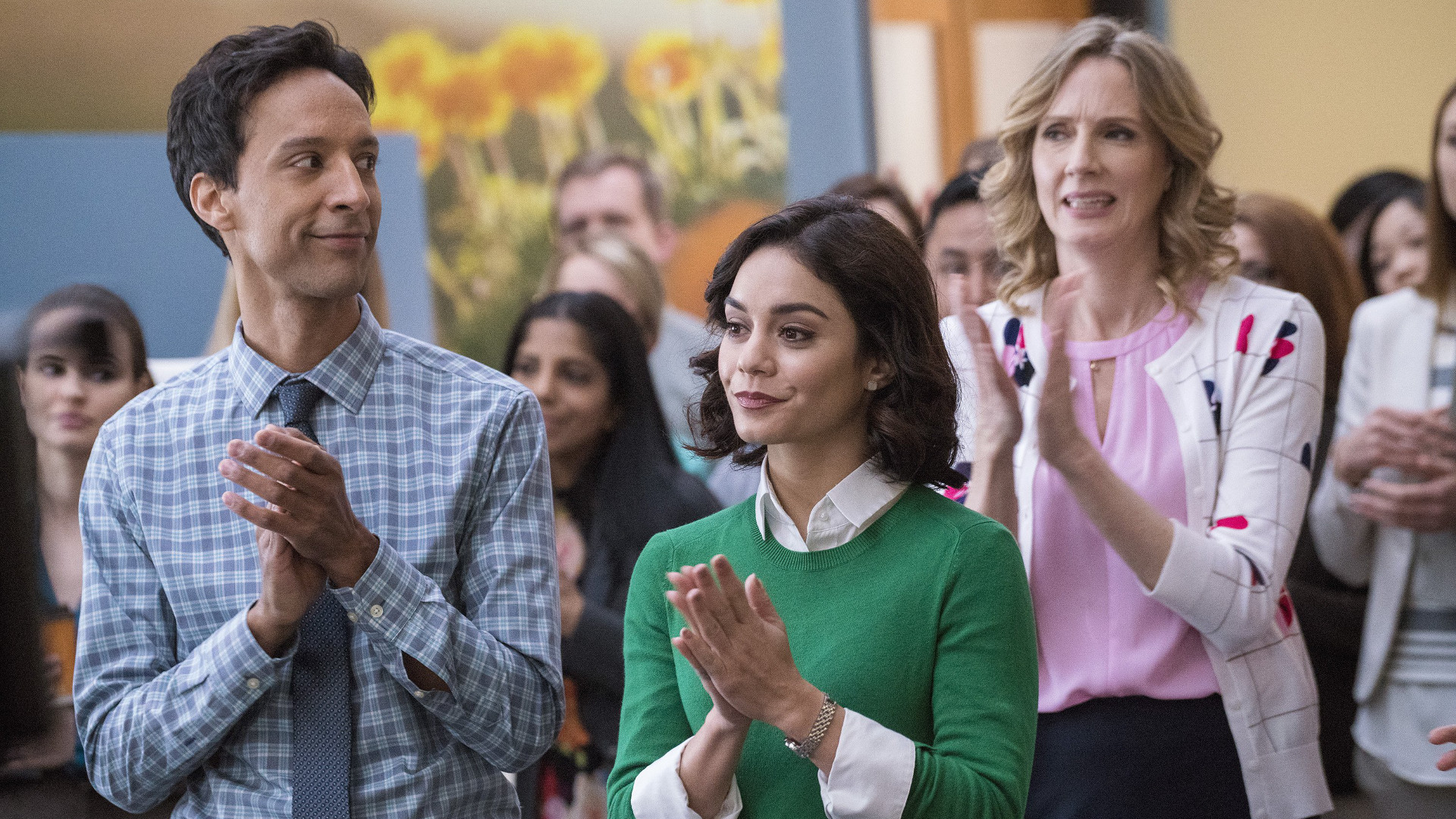 One of the biggest problems with Powerless season 1 is that it can be too cartoonish to be interesting. Of course the premise lends itself to whackiness. And I have nothing against broad comedy. But, this plot didn’t work because of the exaggerated conflict.

“Van V Emily: Dawn of Justice” is a perfect example. The idea of catering to a boss’ ego is an all too familiar trope and the fact that Van Wayne’s behavior is so ridiculous makes you immediately tune out. Powerless is never going to be a realistic show, but if they’re going to put in emotional beats they need to give you just enough to latch onto. I wasn’t interesting in Emily Locke or Van in this conflict. If they want to truly lean into being completely ridiculous, they need to ramp up the humor a lot to get to the point where investment in the characters actually doesn’t matter.

The subplot of this episode was slightly more intriguing. Teddy has a promising relationship with a nice woman named Hannah. But, he develops a hopeless crush on the superhero Green Fury. The jokes actually worked in this plot. And the always wonderful Natalie Morales is a welcome addition to the cast. However, this plot presented the same problem as the A-plot. Teddy’s douchebag behavior was so bad that there was no way to be invested.

There were some great jokes in this episode. I loved Teddy mentioning that he likes Hannah because “like me, she understands mid-century design, but she’s over it.” A moment when everyone stared with judgmental disbelief at a man who called Seinfeld underrated was also fantastic. But, the jokes that worked were sprinkled in between more stale and familiar material. Overall, this was a reminder that Powerless seriously needs to work on its characters to give viewers a reason to keep tuning in beyond the gimmick.