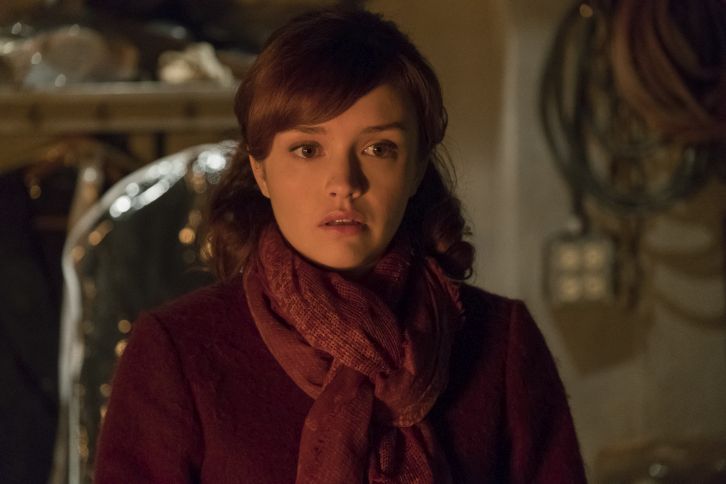 On this week’s episode of Bates Motel season 5, the evidence against Norman Bates all came to light and started piling up. Despite this major change, the episode still mostly repeated beats we’ve felt before. Norman Bates sunk further into the identity of Norma Bates. Dylan Massett felt conflicted about whether to help Norman after everything he’s done. None of it really felt new.

Unsurprisingly for Bates Motel season 5, the ending was the one exciting part of the episode. Alex Romero managed to bust into a holding facility and take Norman hostage. He’s ready to kill Norman.

But, other than the Romero scenes, this episode mostly dragged on. The court scene went through the motions without adding anything new.

Emma Decody’s scenes weren’t enough to carry the episode, but they did have some strong emotional resonance. I thought it was a nice choice to have Dylan and Emma’s relationship mostly stay strong. They provided comfort to each other rather than fighting as a result of Norman’s actions. That was a pleasant surprise.

Emma’s visit to Norman fell flat to me. I’m a big skeptic about the device of using Vera Farmiga to convey that Norma is fronting, rather than letting us see what the person actually interacting with Norman sees. But, aside from that, I thought the scene just didn’t add much. It seemed like it was trying to show Emma parting ways with Norman forever, but it’s already been a long time since they were close.

There’s an issue with stakes in Norman’s trial. His lawyer Julia Ramos seems to be trying to get him diagnosed as mentally ill and put in a facility rather than prison. There are scenes with both Dylan and Emma revolving around the distinction between Norman ending up in a facility or prison. But, our investment requires there being a significant difference between the two outcomes. Either way he’d be locked up and have a high chance of mistreatment. So, for most of the episode it was unclear exactly what we’re even getting invested in.