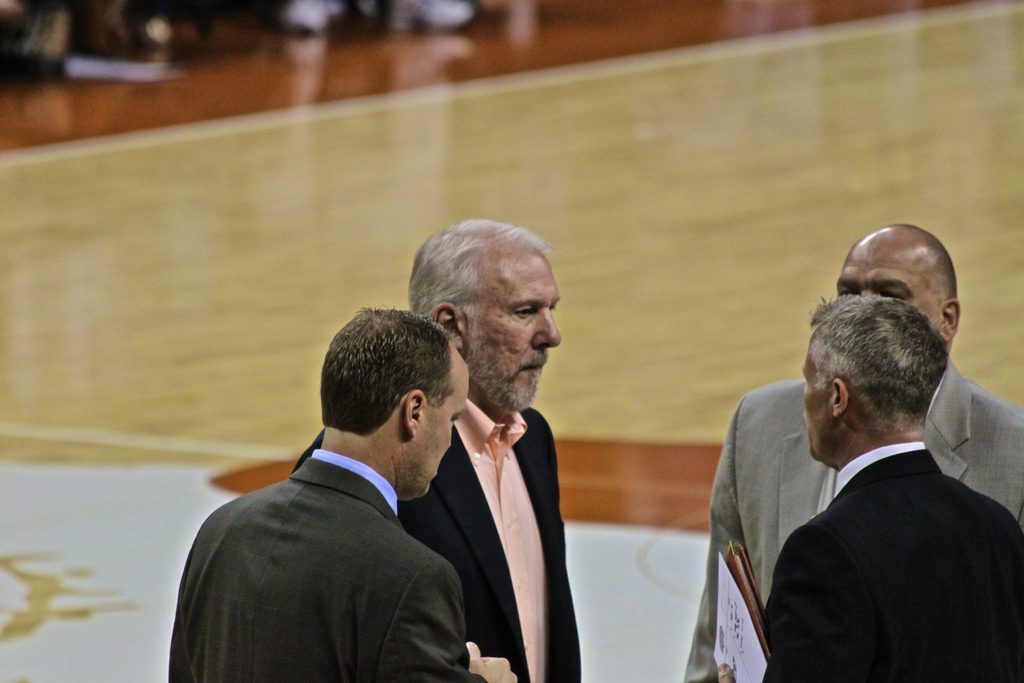 The NBA postseason is upon us and that means the H&H crew got together to break down all the NBA Awards so you don’t have to.

Dennis Velasco: We should just rename this the “Gregg Popovich, NBA Social Conscious Award.” Seriously. The way LeBron James should probably be MVP every season, Pop should win this on an annual basis. However, it’ll go to Mike D’Antoni, who has done a masterful job in utilizing his personnel. Sure, he has James Harden, which makes things easier, right? Umm, not necessarily. Otherwise, D’Antoni wouldn’t have been hired last offseason. Admittedly, the players all do fit D’Antoni’s style of play, which does make things easier for the first-year Rockets coach. And, just like a Harden Euro-step, D’Antoni gets by Pop for the award.

Dan Tria: Look, I can ALWAYS vote for Gregg Popovich. First, he’s the only “Gregg” I’ll ever acknowledge. Greg is not spelled with two G’s unless you’re the best person ever, like Pop is. However, my vote is for Erik Spoelstra. The Heat were 11-30 halfway through the season and looked dreadful. Yes, as the season closed out the Heat needed to beat Washington and hope the Bulls somehow lose to the Nets – who were inexplicably resting players – in order to make the playoffs. But, let’s not forget there was a two-month stretch where, record-wise, the Heat were better than the Warriors. Perhaps though, the most impressive part about this turnaround was how Spoelstra managed to get Dion Waiters to buy into the system. No matter what happens, Spoelstra has done more than enough to convince certain stupid bloggers about his unbelievable ability to get the most out of his players.

Mike Cortez: Mike D’Antoni should be the popular pick here. He deserves every vote he gets and will probably be win. But you know what? F–k popular votes. It didn’t do Hillary any good and it won’t do Mike any good. Erik Spoelstra – the guy who jumpstarted LeBron’s return to Cleveland, thanks to Pat Riley trusting him too much to fire him – has been phenomenal this year. He lead a team with the second most starting lineups besides the Nets to the gates of the playoffs before falling short. Spo made the Simply Lemonade out of rotten lemons and turned James Johnson and Rodney McGruder into known names. Take a bow Spo, you deserve it.

Tyler Birss: Mike D’Antoni is the most deserving individual for this award. This is only amplified by the fact that multiple individuals scoffed upon hearing that he accepted the Houston Rockets job. A once revered genius had his reputation drastically hurt by his New York Knicks and Los Angeles Lakers coaching stints. With Houston this season, D’Antoni has turned a team predicted to go .500 into the third best squad in the NBA. He did this all while guiding the Rockets to an all-time record of most three-pointers made in a season. Drastically exceeding expectations, unlocking the true greatness of James Harden, and reestablishing his reputation are all check marks and points of victory for D’Antoni on this award.

Sonny G: You know, I thought about this one quite a bit and the names you’d expect to see in contention kept popping up. Gregg Popovich is grandfathered into the Top 3 of the Coach of the Year conversation so long as he continues to win 50 plus games in the post-Duncan era of Spurs basketball. Mike D’Antoni came to Houston and unleashed the most lethal version of James Harden we’ve ever seen. Erik Spoelstra single-handedly botched Miami’s best chance of rebuilding when he kept his dudes playing hard when they were 11-30 at the halfway point in the year.

I’m going off the map, though. I’m selecting Scott Brooks as my 2016-17 NBA Coach of the Year. Brooks, like Spoelstra, didn’t allow a slow start (Washington was 3-9 in mid-November and dealing with a whole bunch of “Should the Wizards trade John Wall” talk) derail his team. Brooks, like D’Antoni, tangibly improved a team that underachieved last year in part because of a below average Head Coach. Brooks, like Popovich, is a living, breathing human being and NBA Head Coach. That’s really where any and all coaching comparisons end.

Regardless, it’s surprising that Brooks’ name isn’t regularly mentioned in the Coach of the Year discussion. For the sake of being different, and because I genuinely think there’s a case to be made for him, Brooks is my selection.

Dylan Hamann: There are so many worthy coaches to choose this year, but Mike D’Antoni rises above them all. Yeah, he has this season’s NBA MVP (spoiler).  And you’re probably saying, “DH, anyone with the MVP on their team could win this award”. Well, you’re wrong, because Erik Spoelstra led the struggling Heat to a near playoff berth, Scott Brooks led the Wizards to an amazing season, and Brad Stevens led the Celtics to the best record in the East. It would be remiss to not mention Gregg Popovich, who is a constant favor for the award, yet when it comes down to it, the Rockets and Mike D, seem to have done more with less talent than other teams. Plus, averaging 115 points a game with 55 wins is hard to argue against.

Mike Bitanga: The Houston Rockets looked like they were going to be in a transition year after Dwight Howard jumped ship, but Mike D’Antoni managed to work his offensive magic and guide them to the third best record in the Western Conference. Through D’Antoni’s coaching, Harden has leveled up, playing better than ever as a dribble-drive point guard, and role players like Eric Gordon have re-energized their careers. Did I mention that the Rockets managed to grab 55 wins without another star on their team other than the bearded beast? The pace-and-space innovator deserves this award, as he turned the Rockets into contenders with many thinking they wouldn’t do much of anything this year. D’Antoni’s comeback tour has been a success in the regular season.