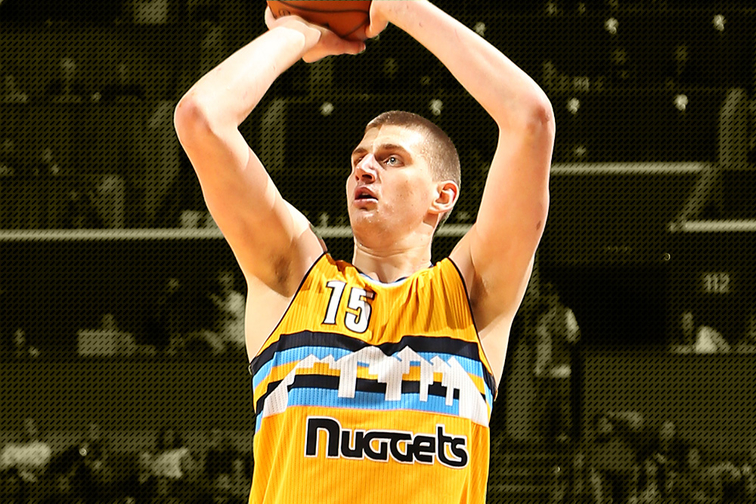 Screen capture courtesy of the the NBA/YouTube.

Dennis Velasco: It’ll probably be Mr. Unpronounceable, Giannis Antetokounmpo. And, you know what? How can anyone hate on that… dude became an NBA All-Star and a superstar this past season. Kudos to him. However, I’d love for Nikola Jokic to take this award because he’s probably more fun to watch than Giannis (did I just commit blasphemy) because you don’t expect a goofy-looking big man to be this good! His angles on his passes are sweet and his BBIQ is sweeter. Since getting more minutes recently, The Big Goofball is putting up prime KG-like 20-10-5 numbers. Jokic will be like watching Arvydas Sabonis (with a better jumper and range) in his prime, but on American soil! USA! USA! USA! Hopefully “45” doesn’t mess this up.

Dan Tria: Unlike trying to say the name “Teixiera”, it’s pretty easy to give this award to Giannis Ante… Atent… Ateto… Giannis is the Most Improved Player! The Greek Freak is unbelievable and his ascent allows the Bucks to navigate the loss of Jabari Parker without putting a dent in their playoff hopes. The Greek Freak allows the Bucks an unbelievably dynamic attack on offense and defense. When he was drafted the talent was obvious and the question was when he’d put it all together. It has happened and now Giannis has gone from one of the NBA’s most exciting players to one of the NBA’s best players.

Mike Cortez: The only viable candidates for this award are Giannis and Nikola Jokic. Both took a leap this season, but Giannis did two things Jokic did not–make history and the playoffs. The Greek Freak is the first player in NBA history to finish top 20 in total points, rebounds, assists, steals and blocks. He is no doubt going to be the guy who takes down LeBron when the time comes and carried the Bucks this whole season. Next year he will enter the MVP discussion, but for now MIP ain’t so bad.

Tyler Birss: Why all the Giannis Antetokounmpo love here? While he is insanely gifted and has put forth a season of purified greatness, his numbers are merely the logical jump and a fair but not outrageous bump from last season. He went from essentially 17/8/4 to 23/9/5. Improvement, yes. Excellence, yes. But most improved, no. That status belongs to Nikola Jokic. He went from basically 10/7/2 to 17/10/5 and did so in only his second NBA season. In terms of the straight definition of improvement, the Jokic first-to-second season jump is superior to the Antetokounmpo third-to-fourth year rise. The Greek Freak is the better player, but Jokic showed greater improvement.

Sonny Giuliano: When Giannis Antetokounmpo wins the Most Improved Player Award he should stroll up onto the stage, pull a Heisenberg, then drop the mic and walk off the stage with his trophy as reporters are stammering and struggling to get past “Ant.”

Dylan Hamann: Giannis Antekouwho? Giannis Antetokounmpo has done everything expected of him this season and more. He led the Bucks to a winning season and a playoff berth while amassing insane number all the while. Giannis improved in almost every possible statistical category this year, leading the Bucks in points, blocks, rebounds, assists, and steals. In doing so, he became only the fifth person to achieve the feat in NBA history,  joining current and future Hall of Famers, LeBron James, Kevin Garnett, Scottie Pippen, and Dave Cowens. The Greek Freak is set to dominate the NBA in the very near future and this is only the beginning to a new era in Milwaukee.

Mike Bitanga: Giannis Antetokounmpo has evolved beautifully as a player, plain and simple. He’s improved across the board, posting career-highs in just about everything. Antetokounmpo has not only improved his game, but he’s also helped the Milwaukee Bucks improve to a winning season this year. The man pretty much put the team on his back and carried them to the promised land of the NBA playoffs. He leads the Bucks in every category that truly matters, earning his first All-Star game appearance as a starter. Antetokounmpo is the complete package. People still forget how to pronounce his name every once and awhile, but if he continues to play like he did this season, he’ll give us more chances to remember it. It will also give us more practice in spelling his name correctly without having to double or triple check it.