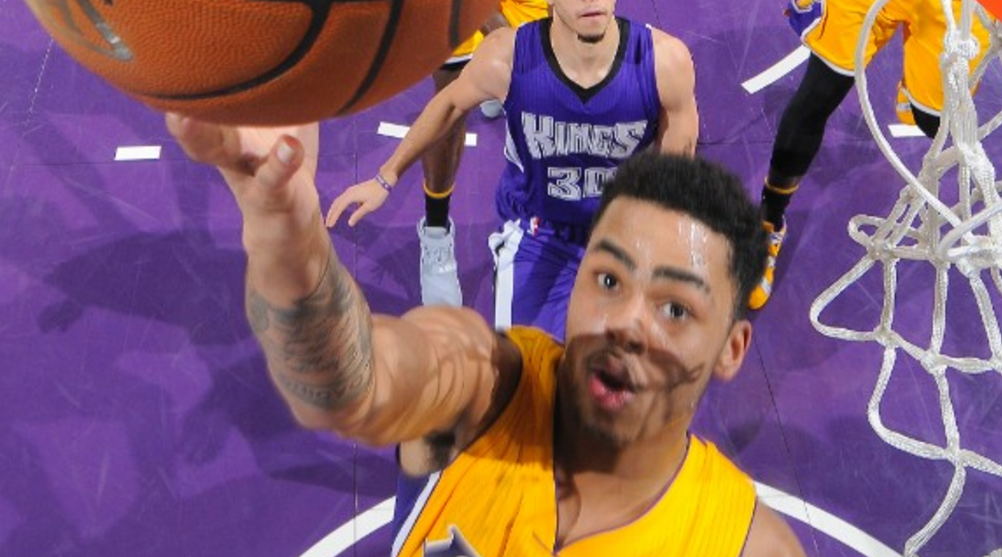 D’Angelo Russell finally escapes the Los Angeles Lakers for the Brooklyn Nets amid a lot of controversies. You wouldn’t expect to find the 21-year-old available for trade, but the situation with the Lakers was a little dicey. Regardless, the basketball lines for the 2018 season should make for interesting debates.

Magic Johnson is one of the greatest point guards to ever play the game of basketball. As such, his assertion that Russell did not have leadership qualities he wanted in a point guard must have stung. And while the Lakers celebrated Lonzo Ball’s arrival, Russell was probably quite happy to leave.

Of course, there is a reason to believe that Russell’s current situation is the furthest thing from ideal for him. Either way, the move to Brooklyn finally brings to an end all of the turbulence Russell has been contending with in the City of Angels.

Russell joined Timofey Mozgov, an indomitable rim protector and hard worker, during their introduction to the world as Nets players at a news conference. To acquire the athlete, the Nets had to sacrifice Brook Lopez as well as a first-round draft pick to the Lakers. However, Russell, in effect, becomes a lottery pick for the Nets, and one that was drafted second overall only two years ago.

Russell asserted that he was happy with his new home. He couldn’t be bothered to debate all the comments that the Lakers were making about him, which goes a long way to prove his maturity. As far as Russell is concerned, the Lakers are in the past. Nothing they say really matters anymore.

The Lakers’ decision to eject Russell makes sense. The team needed an empty slot for Lonzo Ball to fill. And the Nets probably got the better end of this deal. Considering the abysmal record with which they finished, the Nets really need the talent. General manager Sean Marks emphasized the team’s determination to attract new talent. 21-year-old Russell might not change their fortunes overnight, but the Nets definitely need him.

Even though Russell stumbled somewhat during his rookie season, he has maintained a trajectory of steady improvement over the last couple of months. Of course, it could be argued that the problems Russell encountered had little to do with his own personal issues. After all, Russell had the misfortune of playing under Coach Bryan Scott during Kobe Bryant’s last season. The transition took a toll on everyone. But, it could also be argued that Russell’s recorded private conversation with Nick Young made things unnecessarily difficult for him. He didn’t need that sort of controversy. The video definitely negatively impacted the player’s standing in the eyes of Magic Johnson.

But all of that is in the past. Russell will most likely thrive under the tutelage of Nets head coach Kenny Atkinson, or so Marks wants to believe. Like Russell, he wants to leave the past in the past. Marks seems to want to believe that Russell and Kenny can produce magic (pun intended) together, this along with the rest of the coaching staff. Suffice to say, if Russell delivers as expected, no one will dwell on his dirty little secrets, so he has an added incentive to exceed expectations.

If Russell doesn’t come through, then it was at least a good gamble by the Nets who control his rookie contract for the next two years with the third year being “qualifying offer”-eligible, and the fourth year, him becoming a restricted free agent. All that said, Russell has what every young player in the NBA needs and wants – a genuine opportunity.