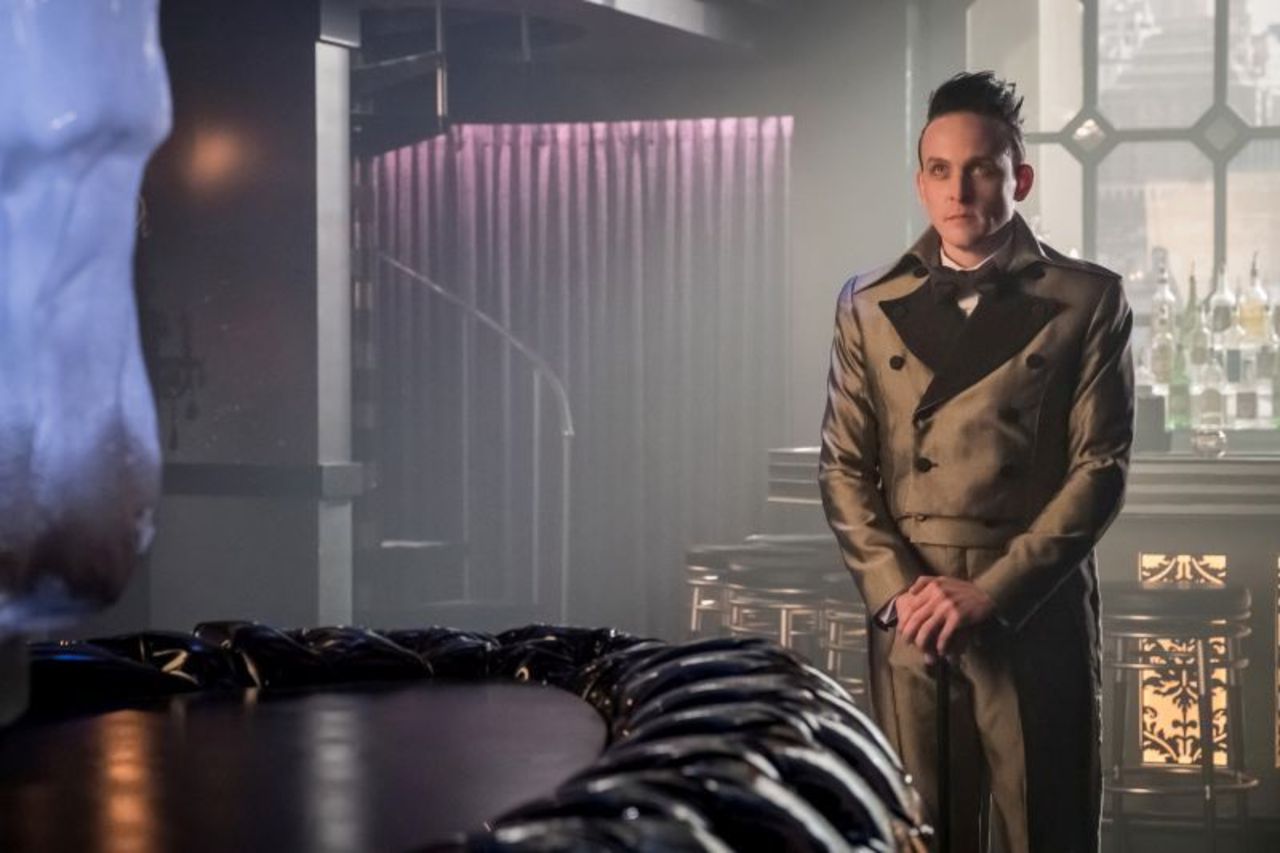 Gotham season 4 premiered last night with a scattered but satisfying episode. In the new status quo, Oswald Cobblepot is running the criminal underground. He’s literally handing out licenses for crime, complete with a little umbrella stamp to make them official. This is the kind of incredibly silly touch that makes Gotham so great.

Most of the GCPD– including Harvey Bullock– were happy to accept this new status quo. Harvey even dropped Penguin and Victor Zsasz’s name in order to intimidate some criminals. However, Oswald’s operation definitely bothered Jim Gordon. He stopped a criminal from holding up his morning coffee stop, despite the robber having a license. Note: Jim Gordon gets his daily coffee from a bar with a pride flag on display.

Throughout the hiatus, I’ve been wondering exactly how Oswald will get away with advertising that he has a frozen man in the center of his club. Surely, the lax GCPD has to draw the line somewhere. Well, Oswald claimed that Ed Nygma had a rare brain disease and asked to be frozen while waiting for a cure. He even went as far as claiming that Ed asked to be on display in his club. Oswald is a silly little man and it just makes it even more delightful than he can’t stick to his own story through a 30 seconds conversation with Bruce Wayne.

This episode also introduced a new villain in the form of Jonathan Crane a.k.a. the Scarecrow. A group of criminals busted Crane out of Arkham in order to get access to his father’s fear juice. When the police discovered the criminals using the fear juice, Harvey delivered the line of the night when he said that Crane’s father died, then added, “not that that matters much in this town anymore.”