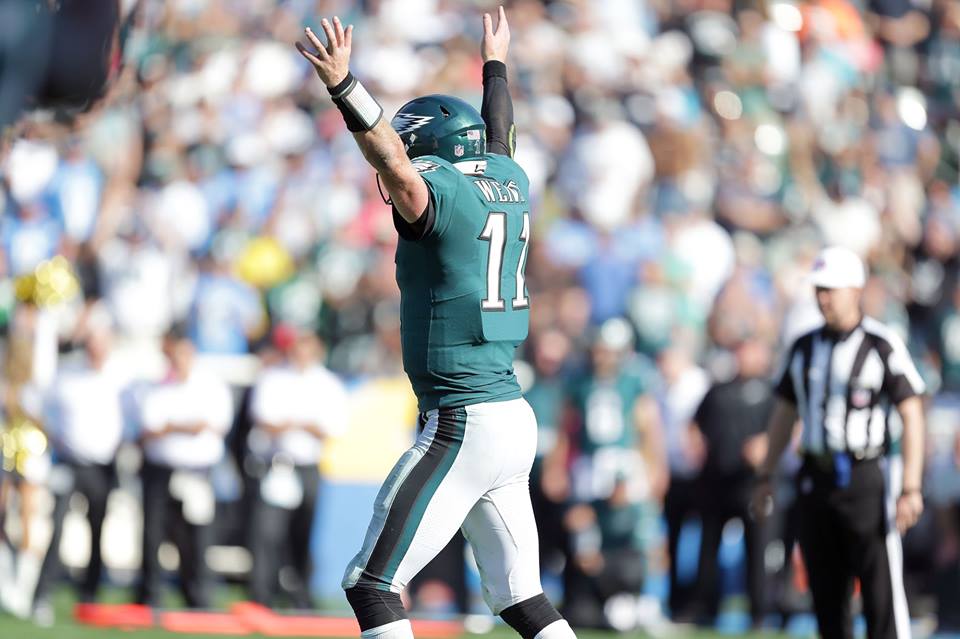 On this edition of the Sonny Talks Sports Podcast, Sonny and his weekly NFL picks co-host Paul Clark make their picks for the Week 5 NFL games, and touch on some of the biggest league storylines, including:

-In this particularly wacky NFL season, who are currently the Top 6 teams in the league?

-Can the Oakland Raiders survive without Derek Carr for the next month?

-Are Buffalo Bills fans in for yet another heartbreak?

-Are the Pittsburgh Steelers on the verge of breaking out?

-Is it possible that the Philadelphia Eagles have surpassed the Dallas Cowboys as the best team in the NFC East?

-Will the NFC West torch be passed from the Seattle Seahawks to Los Angeles Rams?

-Is Mitchell Trubisky the Quarterback of the future in Chicago?