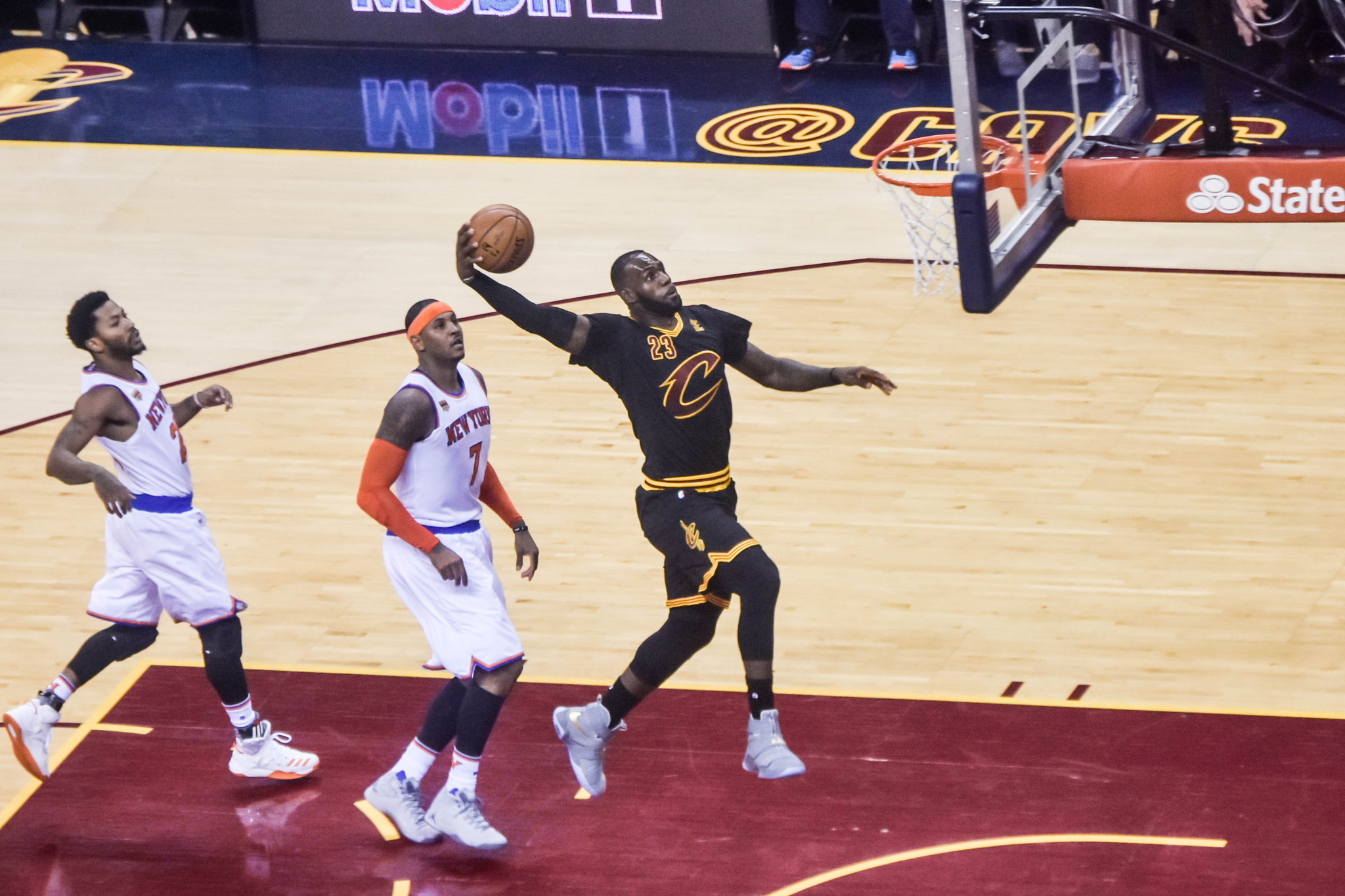 The NBA’s 2017-18 season presents a range of expected and fascinating MVP candidates. There will be the annual names thrown into the mix, however, for the sake of enjoyment, a couple of dark horse possibilities will be tossed in the fold as well. Consider this article a combination of top MVP candidates and top dark horse candidates. The race was relentlessly exciting last year with Russell Westbrook edging James Harden. That debate was a frequent topic on ESPN and seemed to capture the attention of fans across the globe. For the 2017-18 run, hopefully an equally gripping race occurs.

Regarding disclaimers, I have omitted some names from the list – Westbrook isn’t on here since the newly acquired stars around him (Paul George plus Carmelo Anthony for those living under a rock) will cause his numbers to dip. The same could apply to Harden given the addition of Chris Paul. Furthermore, the first three names written about are players I deem the MVP favorites, the last two names are distant possibilities that I nevertheless wanted to discuss so a fresh take on this topic could be provided. Westbrook, Harden, and others remain MVP candidates, but they didn’t crack this list for reasons mentioned above. Point being, don’t @ me about the names not on here.

LeBron James
An MVP discussion cannot be held without LeBron being mentioned. While I disagree with the ludicrous notion that LeBron should be the MVP each season, I completely agree that he should almost always be a candidate. Last year was an exception since Cleveland had an inconsistent regular season by its own standards and LeBron didn’t have his best defensive showcase. With Kyrie Irving demanding to leave and the Cavaliers once again coming off an NBA Finals loss to the Golden State Warriors, look for LeBron to have a “me against the world” mindset. Cleveland will take time to gel, that’s an aspect to consider here. LeBron will also pick his places to attack and will likely rest certain games even with the NBA’s new schedule tailored towards longevity. While those dynamics could bump LeBron off the top MVP spot, he remains an excellent option to win the award. Individual greatness, team success, and global respect all work in LeBron’s favor. It being perhaps his last season in Cleveland could also add extra motivation.

Kevin Durant
Durant’s candidacy is rather simple – he will be the best player on the best team in the NBA. That is typically an automatic qualifier for being in the discussion even if it doesn’t always translate into taking home the hardware. One could argue that Durant was third in the MVP race last season (behind Westbrook/Harden) prior to suffering an injury and missing extended time. His perceived chances of snatching the honors were certainly hurt once the Warriors went on a long winning streak without Durant playing. However, one look at the NBA Finals speaks to his value – in the largest moments, Durant is Golden State’s most important player. What would’ve been a toss up NBA Finals matchup between the Warriors and Cavs turned into a swift five-game series mostly due to the presence and greatness of Durant. The argument against Durant will be that the MVP is a regular season award and Golden State is an outstanding regular season team with or without him. Nevertheless, he remains a top candidate.

Kawhi Leonard
Leonard is another player who now finds his name annually included in the MVP race. He is the best player on a San Antonio Spurs squad who typically finds itself near the top of the NBA rankings. Leonard’s lethal offensive game combined with stellar individual defense causes his impact to be universally recognized. In addition to this skill set, while Leonard plays for a great coach and with strong teammates, he doesn’t have the same quality of star running mates as some of his Western foes do. This enhances Leonard’s MVP candidacy. He manages to roam in the LeBron/Durant ballpark despite lacking stars around him. With Leonard pumping out statistically phenomenal seasons like clockwork and San Antonio destined to win around 60 games, he will once again be in the middle of the MVP debate. There are two negatives that could work against Leonard – one is his current quadriceps injury that prevented him from playing in the preseason, the other is Gregg Popovich’s conservative regular season tendencies when it comes to handling stars.

Giannis Antetokounmpo
Giannis might not be a sneaky enough pick to qualify as a dark horse, but he certainly is less of a likely winner than the three players mentioned above. With rapid improvement, a growing fan base in love with his unique style, and the Milwaukee Bucks at least becoming relevant, Giannis is now a legitimate MVP possibility. We also can’t forget Kobe Bryant providing Giannis his new challenge – winning the MVP. Giannis will need to propel Milwaukee closer to the top of the East in order to win this award. It seems likely that Cleveland, the Boston Celtics, and the Washington Wizards will be the strongest three Eastern squads. If Giannis can place the Bucks fourth in the conference and in the realm of those top dogs, his candidacy will be cemented. This is assuming he continues to raise the quality of his numbers, something he’s accomplished in each of his first four seasons. All that said, it usually takes a Westbrook 2016-17 season for a star on a non-elite team to win the MVP. While no one can expect Giannis to average a triple-double, he will have to be other-worldly to win the honors.

John Wall
Wall is a true dark horse option here. His Washington Wizards will almost surely finish behind the Cavaliers. LeBron will more than likely have much stronger individual numbers than Wall. However, I’m not sure that casual NBA fans recognize how great of a point guard Wall has blossomed into, an aspect that makes his MVP candidacy a possibility (albeit a highly unlikely one). He essentially put up 23 and 11 last season while playing in at least 78 games for the fourth straight season. One could argue that Wall’s numbers were far worse than Westbrook’s, an accurate point. However, that point is only applicable in a vacuum. Wall plays for a rounded Washington team that features Bradley Beal, Otto Porter, and others. What Westbrook did last season shouldn’t distort our perspective on individual value in relation to a team – remove Wall from the Wizards and we could be looking at a sub-500 unit. Place him on Washington and we have a team near the top of the East capable of winning around 50 games. Wall has low chances of winning this award, but his rise and hunger stand out enough to place him in the mix.