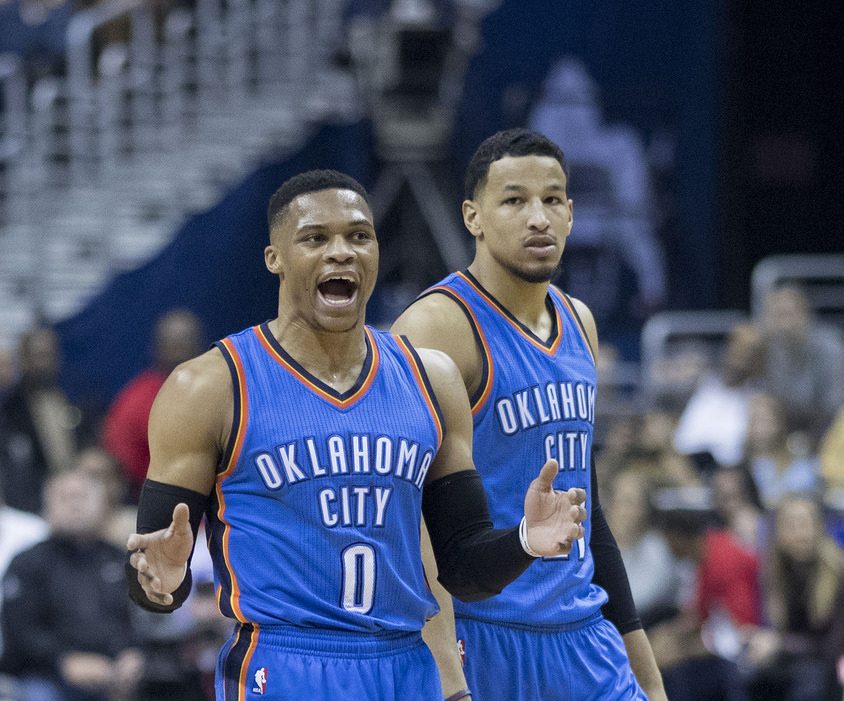 The Oklahoma City Thunder, quite possibly, added more firepower than any other team in the NBA this offseason with the acquisitions of All-Stars, Paul George, Carmelo Anthony, and backup power forward, Patrick Patterson. Taking into consideration Russell Westbrook’s off-the-charts usage rate (41.7%) throughout last season’s successful MVP run, it’s hard to predict the role each player will take on, but, have doubt that this team will be much improved and challenge the elite teams in the Western Conference for Playoff positioning, let alone the Northwest Division.

Once again we have another Northwest Division team loading up to compete the ever deepening Western Conference. Not one to be left behind, the Minnesota Timberwolves loaded up with Jimmy Butler, Jeff Teague, Jamal Crawford, and Taj Gibson, to a team that already features Karl-Anthony Towns and Andrew Wiggins, and you have the makings for contender on many levels for years to come.

The Denver Nuggets are abound with young talent and seem to be looking to take the next step in making it to the Playoffs with the acquisition of All-Star, Paul Millsap. Millsap has been a stalwart for the Hawks during his four year stint in Atlanta, and looks to add to his NBA resume with cementing the Nuggets as Playoff contenders this season, and possibly Championship contenders in years beyond.

While Jonas Jerebko may not stand out as “notable’ when it comes to off-season acquisitions, the Utah Jazz are in a transition period after losing Gordon Hayward to the Boston Celtics in during free agency, allowing Jerebko the opportunity to make an impact with his new team.

The Portland Trail Blazers selected  Caleb Swanigan with No. 26th pick in in the 2017 NBA Draft, and he has made the most of it ever since. He showed out in Summer League and continued his assault throughout the NBA Preseason. Caleb now looks to be the favorite to secure the starting PF spot in Portland, and even if that does not come to fruition, look for the rookie to play a major role in the team’s rotation.