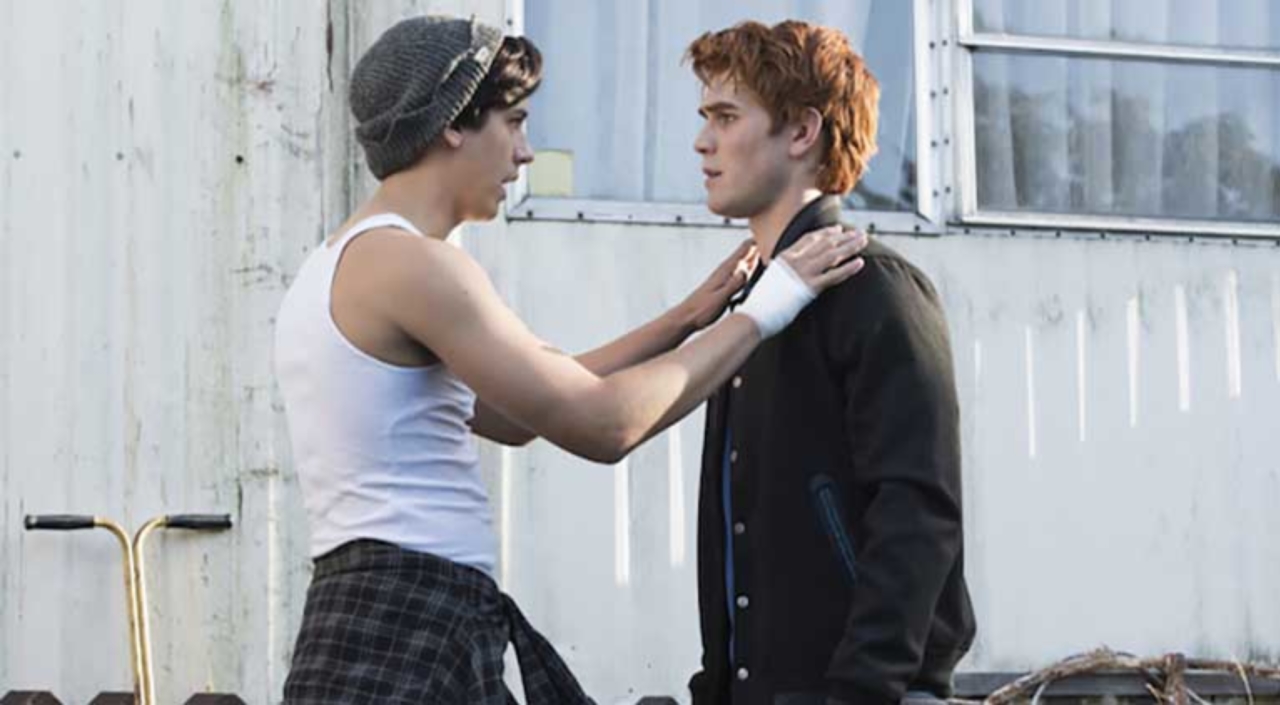 Riverdale usually has a strong unique voice. But, this week‘s episode of Riverdale season 2  felt like a mix between a Pretty Little Liars knock off and a Gossip Girl knock off.

In an incredibly frustrating plot, Betty Cooper started regularly communicating with the Black Hood. Betty, formerly a strong, determined character, decided that her Plan A should be simply doing everything the Black Hood asks. I’d rather see Betty trying anything else, even bad ideas, then just carrying out the killer’s orders. They could’ve had a really wild episode of Betty boldly calling the killer’s bluffs. But, this plot felt like a lot of nothing.

Meanwhile, Veronica Lodge’s old friend Nicky St. Clair visited. This led to a phoned in plot about Nicky being a serial rapist. I enjoyed the payoff of all the Pussycats beating Nicky up to “Out Tonight” from RENT. But, the build up lazily strung together a bunch of scenes we’ve seen a million times before. The plot isn’t exactly offensive, but when a rape plot is this cliche and half-assed, it inevitably feels exploitative.

Jughead Jones officially joined the Serpents in this episode. He decided that someone had to be the peacemaker in the absence of his father FP Jones. (Remember when several Serpents, including FP, helped a wealthy Northsider cover up the murder of a kid?) I like the idea of Jughead joining the Serpents.  But, there’s something very lifeless and bland about the actual execution.

We all knew that Toni Topaz causing trouble between Betty and Jughead was inevitable. But, the actual execution was even lazier than I expected. Jughead and Toni kiss for no other reason than the show hitting a beat in an outline. There still hasn’t been a single shred of evidence that they have any interest in each other. Jughead and Betty are far from my favorite, but an uninspired break up could potentially be even less entertaining than their actual romance is.