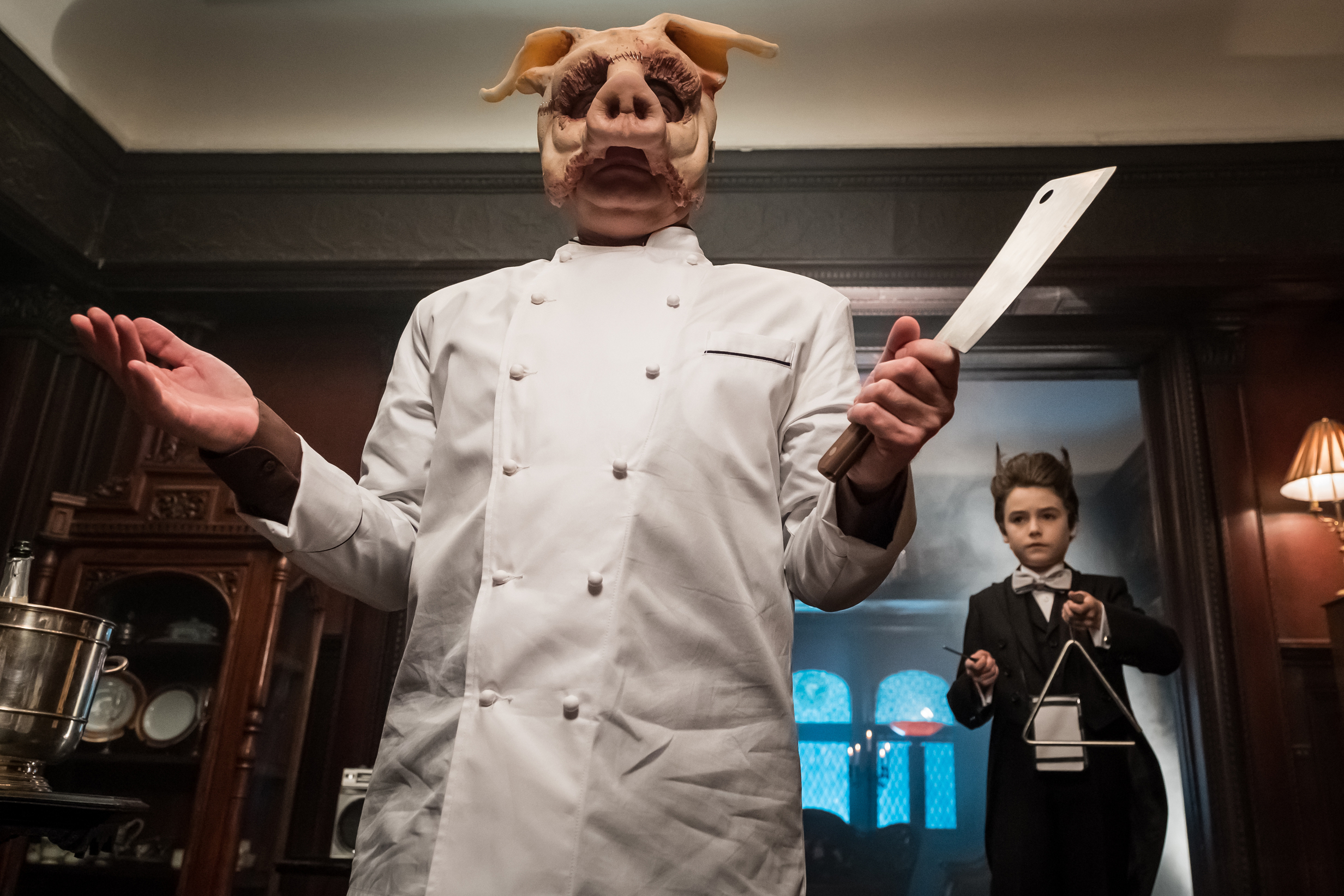 This week’s episode of Gotham had an absolutely disgusting set piece and the long-awaited Professor Pyg musical number. I’m delighted that a villain actually sang his own version of “Cell Block Tango.” But, outside of a couple fun moments the episode was surprisingly bland.

The Pyg plotline didn’t need to be more than one or two episodes. His cat-and-mouse with Jim Gordon quickly started to feel repetitive. He’s great for style and flash, but he doesn’t have the makings of a villain with a long arc. To be a significant villain on Gotham, you need a rival to face off against. There wasn’t enough of a personal motivation to Pyg’s agenda. Sure, he’s infatuated with Jim Gordon, but so is every Gotham villain.

That said, this was a great episode for Oswald Cobblepot. His refusal to immediately kill Sofia Falcone because “she’s literally my only friend” was great. The scene of him scarfing Pyg’s disgusting pie in order to save Martin was also incredibly compelling. Oswald and Sofia’s tense friendship is a delight to watch. Crystal Reed’s performance continues to stand out, even among all the excellent performances in Gotham.

This episode also confirmed that the damage done to the friendship between Jim and Harvey Bullock is irreparable. I understand it’s good drama to separate Jim from every ally he has. But, I have trouble buying this plot because Jim and Harvey have always been so ride-or-die. If the writers wanted to break up their friendship, I wish they’d come up with a bigger way to have one of them truly cross a line.

Meanwhile, Bruce Wayne is still spiraling after killing Ra’s al Ghul. For all its melodrama and spectacle, Gotham understands how important character moments are. Bruce murdering Ra’s didn’t hit me that hard, but him being mean to Alfred Pennyworth in this episode destroyed me.