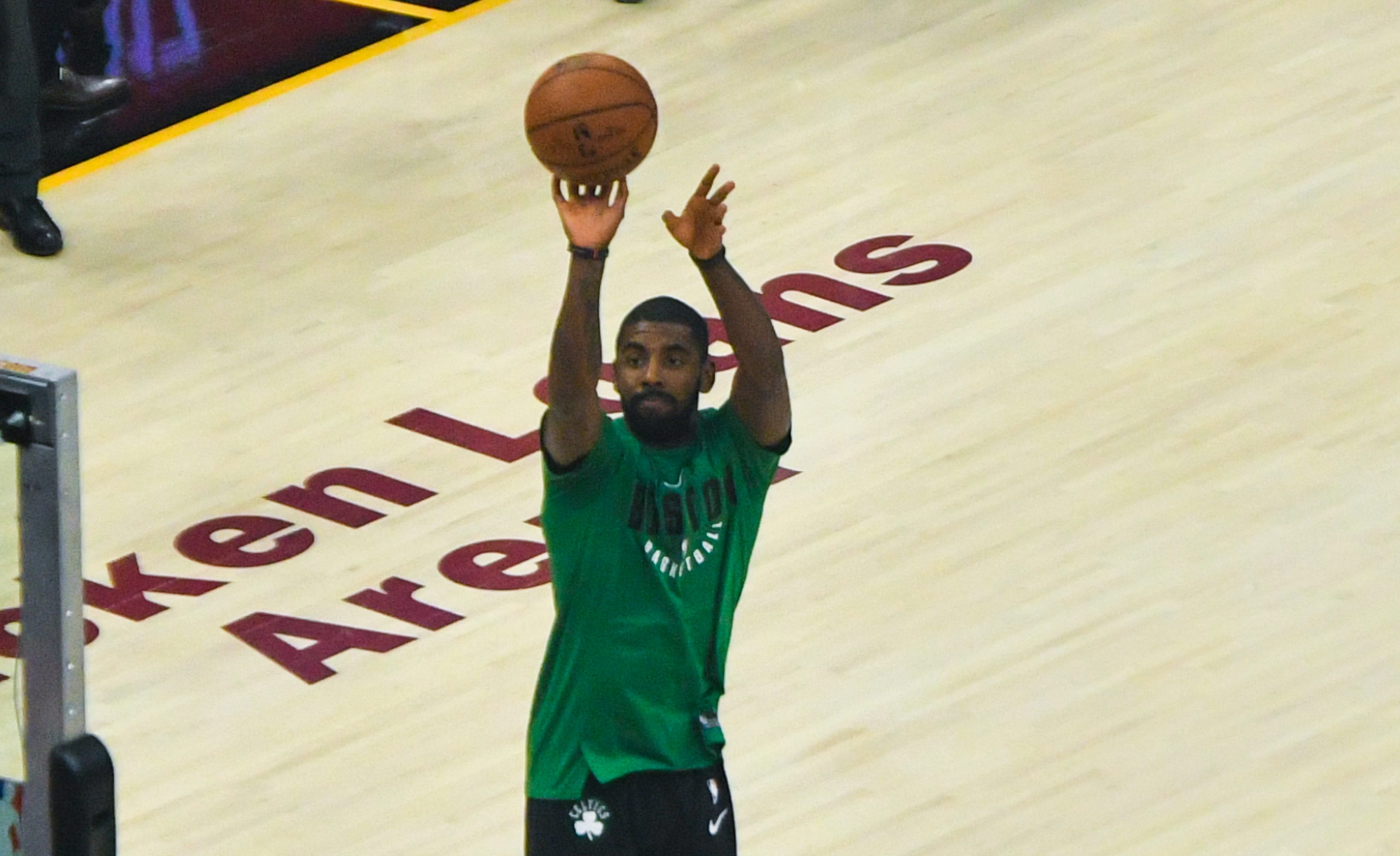 It was a nail-biter right down to the final seconds of the 4th quarter and slightly beyond, something you would never have expected from a 2017-18 meeting against the Boston Celtics and the Dallas Mavericks. The spectrum flips, and a teeter-totter leans heavily in one direction – like if Donald Trump were sitting on one end and a feather on the other – the Celtics were heavily favored to take this one with their eyes closed.

But it didn’t really work out as planned.

Hold on to your asses, folks.

The Celtics came into Dallas Monday night riding high on a 15-game winning streak, and with the help of Kyrie Irving, they were looking to breeze over the struggling 3-14 Mavs without breaking a sweat. Unfortunately for them, it wasn’t going to be that simple. Not if Harrison Barnes, Wesley Matthews, and Dirk Nowitzki had anything to say about it.

Over the 48 minutes on the court, the Mavericks attempted to expunge those 14 losses from existence by throwing everything they had at the white-hot Boston, which included overcoming some pesky third quarter woes, which had a tendency of making Dallas look rather frangible. But this time around, the Mavs managed to hold it together and walked into the fourth holding a 77-69 lead. That’s a big deal, don’t try to deny it.

But everything started to unravel in the fourth even though the Mavs held a considerable 13-point lead over the visitors with just seven minutes remaining in the game. The Celtics did what they do best, proving why they’re a serious, and fucking scary, contender this season. Within the span of a minor handshake, Kyrie and the gang stormed back and managed to send the game into overtime, and ended up winning 110-102 and personally handing the Mavericks their soul-shattering 15th loss of the season.

“At the end of the day, it’s gonna show up in wins and losses,” said a sullen Barnes, who led the Mavs with 31 points and six rebounds.. “There’s no moral victories around here. Tonight was playing against a great team, and a great opportunity to win here in front of our home fans.”

It was Barnes who could have possibly sent the Mavs home with the win when attempted to make a shot that rimmed out with 0.4 remaining in the fourth, sending the game into OT. He and Nowitzki also had turnovers with just five minutes remaining when the Mavs were up 10 points, which the Celtics profited off.

And Barnes felt the guilt. “Like I said, we let it slip away.”

Irving was the one who stole the show and helped dig his team out of a late game hole with his 47-point night (18 in the first quarter alone).

“Obviously, it was quite an individual performance by Kyrie, quite a resilient comeback in the fourth,” Boston head coach Brad Stevens said about his star. “Not our best foot forward before that, but hey-of all the comebacks that did not look good for a long time, and we found a way to win it. He was unbelievable.”

With the losses stacked against them, the Mavericks are appearing effete in their drive as some people are shouting “TANK!” from the rafters. But that’s not how this team works-Monday’s game being a clear reminder of that. Their heart is still in it even if their record says otherwise.

Mavericks head to Memphis Wednesday night to take on the Grizzlies.