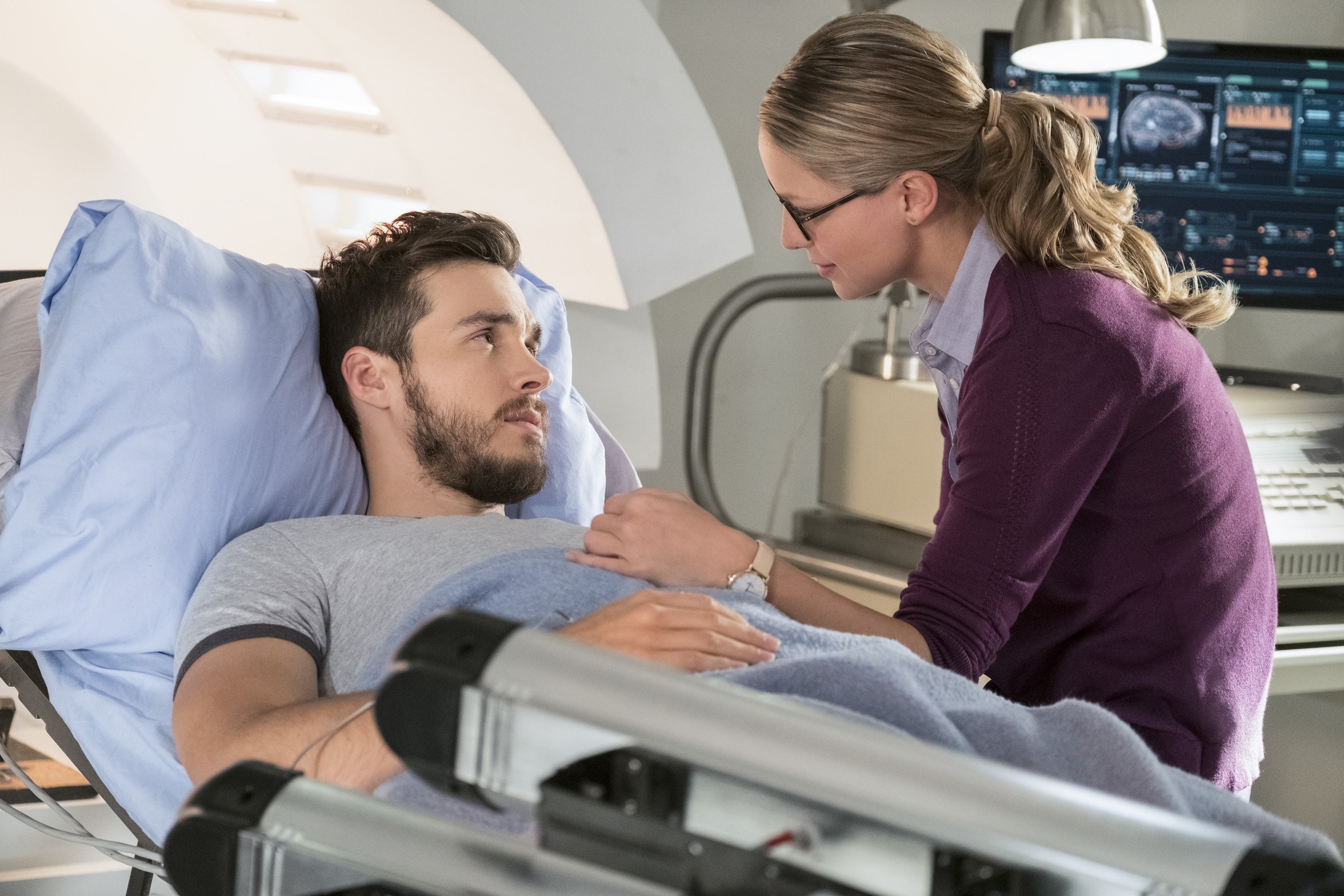 Well, Mon-El is back in Supergirl season 3 and we just have to deal with that. His return was a reminder of how much Kara Danvers’ character has deteriorated. She immediately felt angry at Mon-El for acting differently, ignoring how much he must have been through. Since she previously felt deeply guilty for sending him away, it was a confusing turn. Kara is the hero of the show, but fails to display empathy and patience. It’s frustrating that every other character on the show is emotionally stronger than her. Of course characters need room to grow, but after 3 seasons her development seems to only move backwards.

In this episode, Mon-El revealed that from his perspective his trip lasted seven years. In the end, he introduced a woman named Irma as his wife. What a pay off. I laughed out loud at this scene. Realistically I know it will only lead to more angst between Kara and Mon-El, but for now I can dream that this will be the end of their terrible romance.

Meanwhile, Samantha Arias uncovered the truth about who she is. She found out that she’s an alien. She thought that this would make her like Supergirl, but instead she was revealed to be Reign. It seems that her destiny is apocalyptic. Supergirl season 3 was painfully slow about revealing anything about Samantha. So, it’s frustrating that this episode moved things along at hyper-speed. Samantha wasn’t given time to actually process anything, therefore it’s hard to get invested in this storyline.

The one storyline in “Wake Up” that was actually strong was between J’Onn J’onzz and his father M’yrnn J’onzz. Through helping M’yrnn deal with his isolation on Earth, J’Onn confronted his own isolation. Their scenes were nice, quiet moments of genuine bonding that was in stark contrast with the rest of this episode.