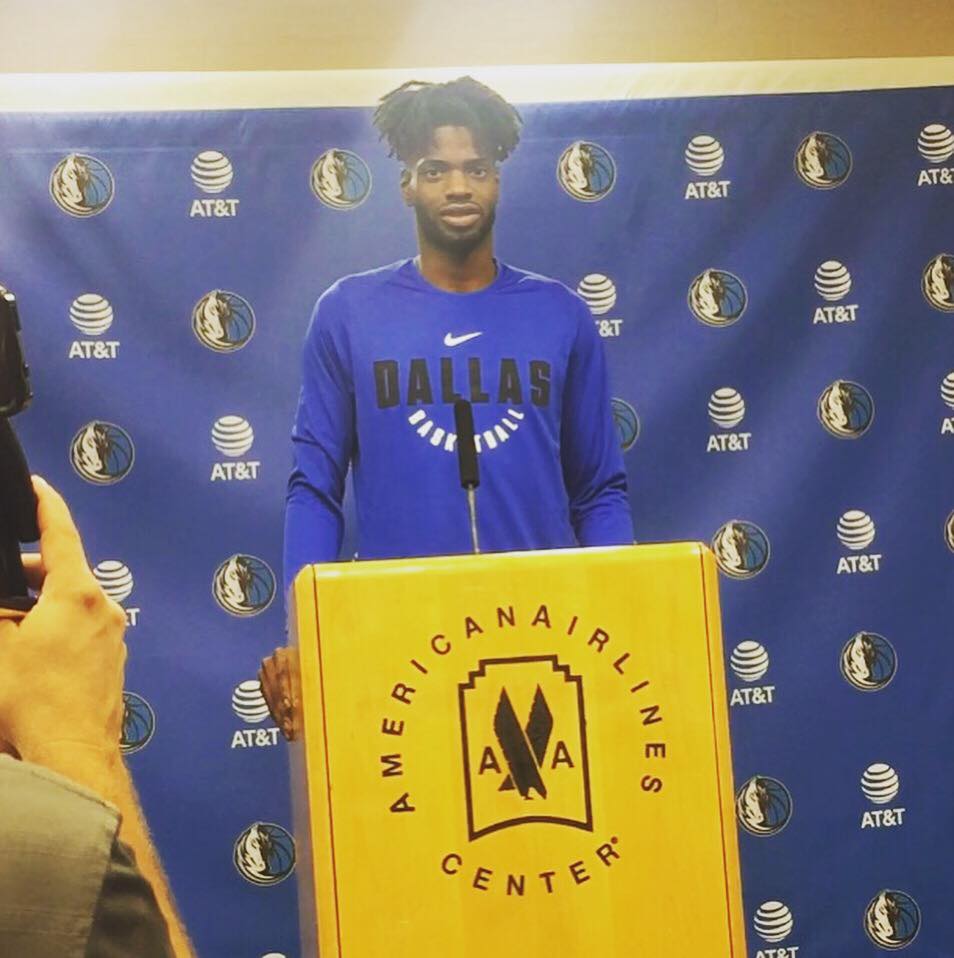 The greatest questions have been asked by scholars, characterized by extensive reading or knowledge, from all around the globe (don’t @ me, Kyrie) that have managed to pivot the way we see the world, the way we think, the way we live:

Is there life after death?

Do we actually have free will?

Is the universe deterministic?

Why does the new iOS system still assume I’m not sponsored by Samuel L. Jackson’s mouth and keep autocorrecting it to “ducking”?

Why are people moronic enough to think that a hot dog is considered a sandwich?

Within the universe of the Dallas/Fort Worth metroplex, while these particular questions cause our brow to furrow and brain cells dance, we are more concerned with perplexing notions surrounding the whispers of why a particular Top 10 2013 NBA Draft pick isn’t seeing any playing time within Dallas Mavericks’ head coach Rick Carlisle’s rotation. Nerlens Noel has been the odd man out lately, and those outside of the Mavs’ locker room keep insisting on asking the same question: What the hell is going on?

After the Mavericks dismembered the Los Angeles Clippers 108-82 and hid their body parts all over Victory Park, Noel was the only Mav not to have any minutes tossed his way. Even the ghost of Chandler Parsons’ once-good-knee saw some court time. These days, Carlisle would rather play a random 6-year-old fan at the five over Nerlens, who, seems to care within the walls of the words he spews to reporters, but when it comes to his actions, he appears less than sincere.

Ahem, as Theodor Seuss Geisel once said ‘Don’t cry because it’s over. Smile because I finally found a use for this fucking clip” (I may, or may, have altered that quote for the better):

That’s right – if I had to suffer through hours of this while sitting with my little niece and nephews, guess what, you have to too. Why do you make me do this, Noel?

During halftime of Saturday’s day game against LA, ESPN Dallas’ own Tim MacMahon was mulling around the Media Dining Hall and caught sight of the power forward rushing through to grab a hot dog. We’re going to ignore the fact that MacMahon claims to not eat the halftime hot dogs in order to keep his girlish figure and focus on him calling out Noel with a tweet:

Nerlens Noel visited the media dining room at halftime to get a hot dog. pic.twitter.com/mKYrB63e1J

As you would expect, NBA and Mavericks Twitter went absolutely balls deep with the wiener jokes (and only, like, 29 percent of that was me, I swear. I’m an adult, for Christ’s sake).

Backing up a fraction to peer at the entire picture from a Monet standpoint, Noel has been adamant that he’s staying in shape so he’ll be ready for when Carlisle ushers him off the bench with his infamous Dr. Freeze glare and sending him out onto the precious hardwood. So, where did his hankering for a hot dog (with only relish, by the way, you sick freak) come from? Both Nerlens and Carlisle addressed the “controversy” the following day after practice.

While, at times, it appears that Carlisle looks like he’s attempting to suppress laughter, it’s the psychology of Noel’s thought process that concerns me.

The Mavericks are swimming at the bottom of the Western Conference with a very damaging 6-17 record. Attempting to recover would result in obloquy at this point in time, so the word “tank” is tossed about in hushed tones between seething teeth and narrowed eyes. So when it was said that Noel doesn’t put in 100 percent of work, Carlisle is going to notice and use it against him. His work ethic just isn’t there. The man turned down a four-year, $72 million contract, hoping to get a max deal and here he is, dashing to the Media Dining Hall in order to nab a hot dog during the middle of a game.

Rest assured that this incident will be remembered when he becomes a free agent next year. His errant behavior somewhat mirrors that of Rajon Rondo’s, but in a more subtle, and guarded way. Rondo was upfront when open when defying his coach – akin to that of a small child who is acting out after being forced to move from his childhood home. Noel’s hand was forced as well, but he’s pushing the boundaries with languid moves rather than being outright acerbic like Rondo was.

For the last three games, the 23-year-old has received three DNP-CDs.

In the eight games before that? He logged barely six minutes. Total.

Thing is, Noel is good. Noel is talented. Noel hasn’t lost his edge. But if you’re throwing only a small percentage of your talents at Carlisle and running to scarf down some simple carbohydrates during a break, you’re going to get called out and benched for it despite throwing only words at reporters and puppy dog eyes at cameras.

We’ll joke all we want about Noel coming out of this situation with a fucking hot dog endorsement, but truth be told, it’s pretty embarrassing because the big man’s mind is elsewhere while his teammates are actually trying on the court.

The Mavs take on the Denver Nuggets at home on Monday.