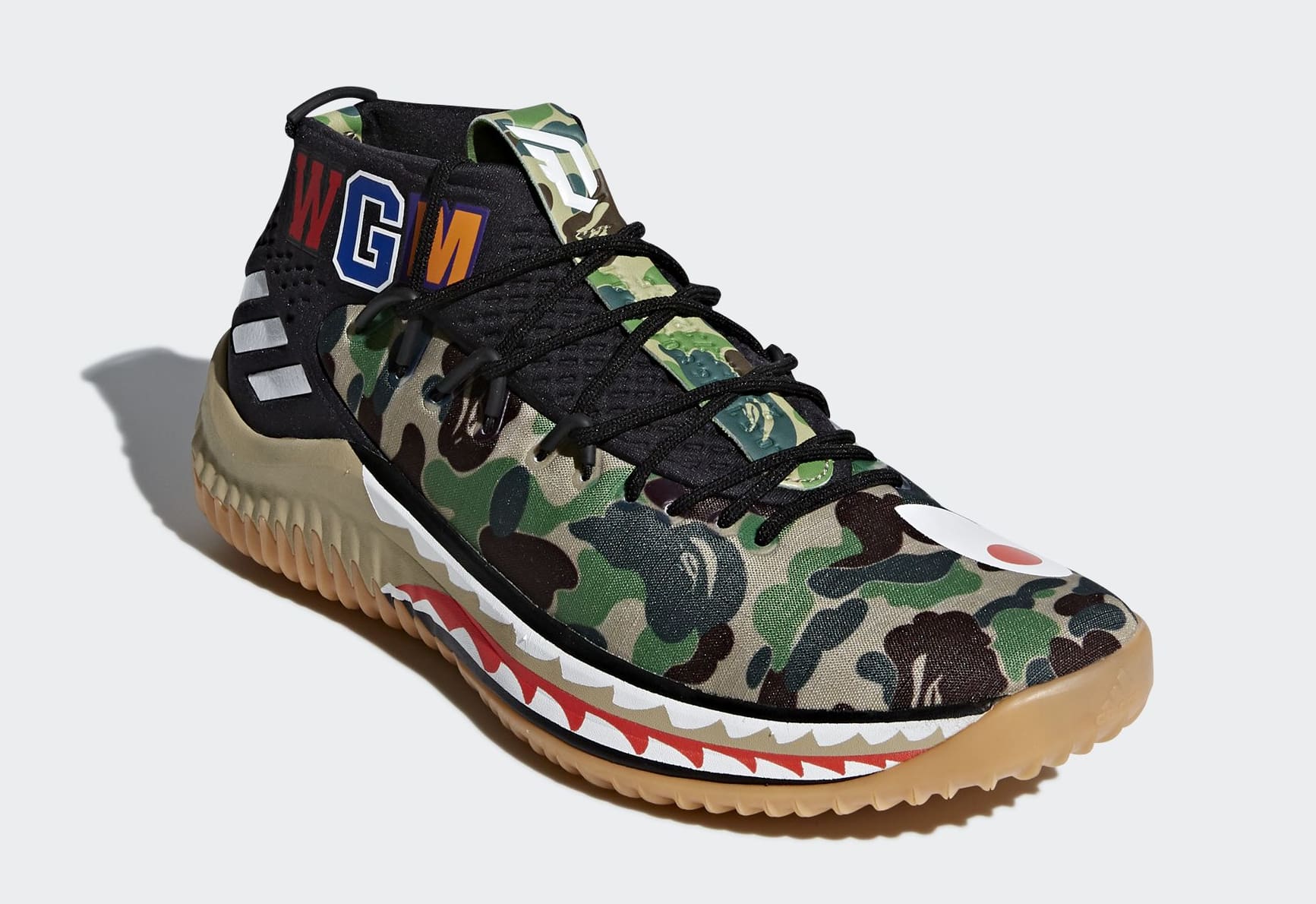 Born from a mutual desire to reimagine basketball footwear and co-create with those who inspire us from sport, fashion and entertainment, adidas and BAPE® teamed up to fuse streetwear and on-court style through the lens of one of the game’s most elite creative point guards. 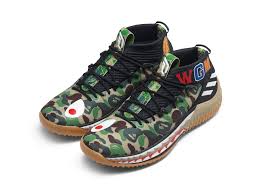 The Dame 4 BAPE® Collection offers a glimpse into Damian’s personal style and affinity for BAPE®’s signature design aesthetics. A longtime fan, Damian’s visit to BAPE®’s Tokyo Flagship during his 2015 adidas Asia Tour sparked the idea of collaborating with the brand.

“I became even more inspired by the brand when I visited BAPE®’s store in Japan,” said Damian. “From that point, I knew I wanted the first major collaboration for my signature line to be with BAPE®.” 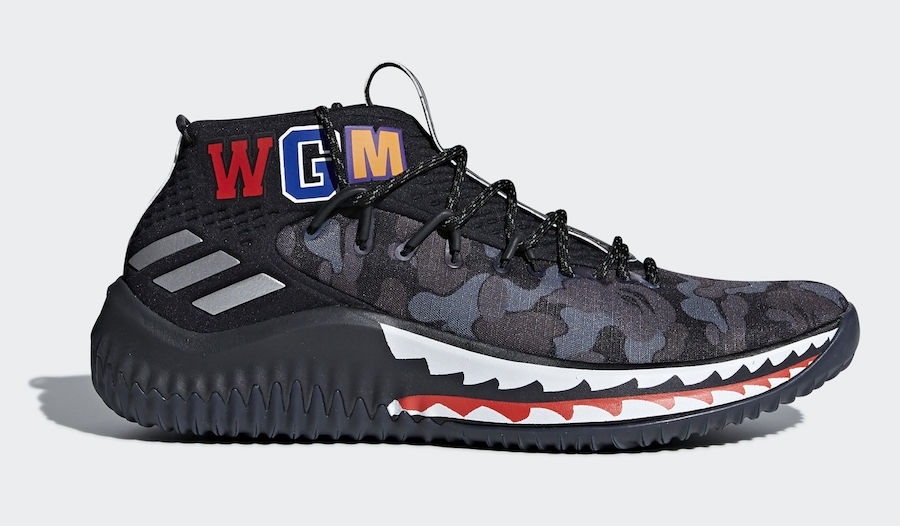 Complementing the Dame 4’s design, the collaborative model takes inspiration from BAPE®’s coveted iconic Shark design and its distinctive decorative elements. Offered in green, black and red, each colorway features BAPE® CAMO on the upper with BAPE®’s Shark tooth design displayed along the shoe’s full-length BOUNCE midsole. WGM, symbolizing World Gone Mad, and the classic tiger ‘a’ icon are featured on the ankle piece. YKWYTII, Damian’s ‘You Know What Time It Is’ moniker is printed on the heel tape while adidas,BAPE® and Damian’s signature marks are highlighted throughout. 747 Warehouse is a two-day event in basketball culture that will showcase the best in music, footwear releases and open source creation. The event represents the ultimate intersection of sport and culture and embodies the best of adidas in one place. 747 Warehouse will open its gates on Friday, February 16 at 2:00 p.m. and again on Saturday, February 17 at noon.

Please register now at www.adidas.com/us/747WarehouseSt for updates on tickets, artist line-up, and product releases and follow #747WarehouseSt on social media for the latest news.

The Dame 4 BAPE® Black Camo and Green Camo are available for $150 on February 17 at adidas.com and BAPE.