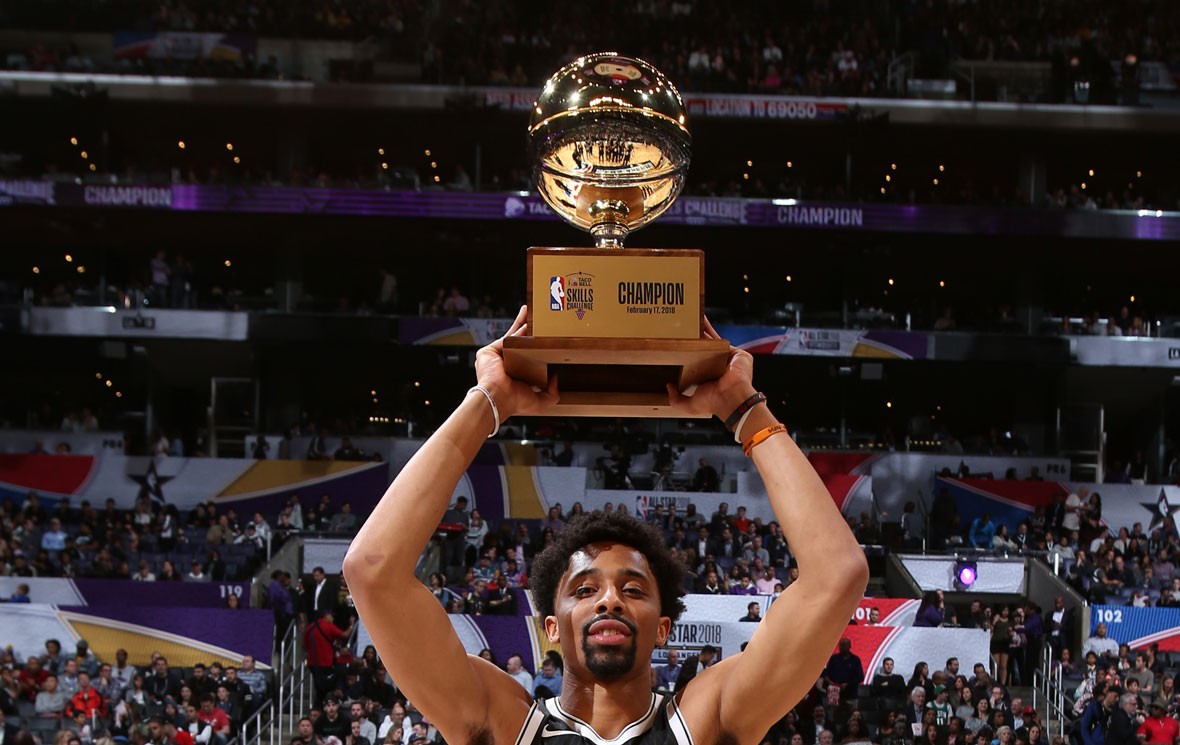 The New jersey Nets, Spencer Dinwiddie, entered the Taco Bell Skills Challenge as likely the least recognized player in the event, but he made sure everyone new his name when the championship trophy was being lifted.

Dinwiddie ran through the competition, defeating Buddy Hield, Jamal Murray, and Lauri Markkanen on his way to the championship, all the while making his name known to more than just Nets’ fans and hardcore hoop heads.

In case you missed it, check out the video below to follow Dinwiddie’s championship run.