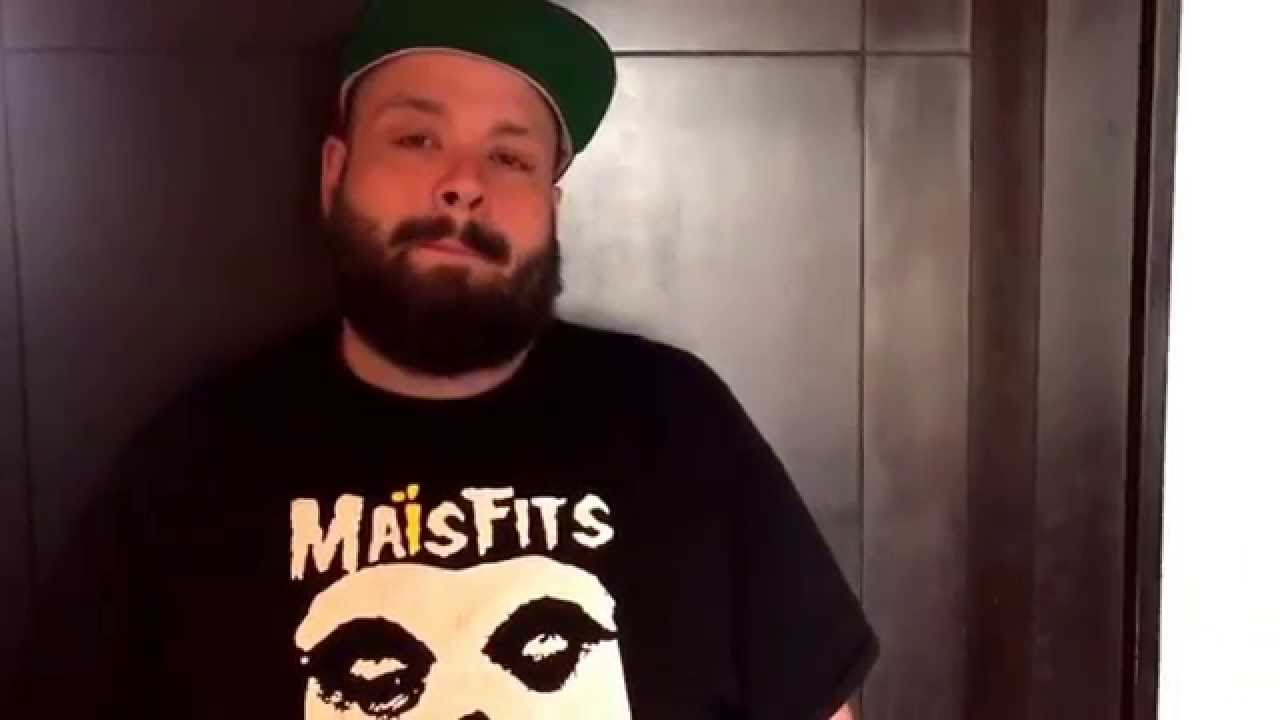 Image courtesy of the “Bender vs Soul – Who Won?” video posted on YouTube.

Alex “Bender” Buchanan was a gifted artist. Gone far too soon, word came on March 1st that Bender had passed away. I found out through Twitter when some of the battle rappers who I follow began posting tribute messages. While I never had the pleasure of meeting the man, I was a fan of his music and battles for years. This article is meant to be a tribute to Bender from the fan perspective. But before delving into my thoughts, let me say this – my deepest condolences go to Bender’s family and friends. My thoughts are with all of you during this time.

Bender was the most lyrically vivid battle rapper that I ever heard. Like many fans, my first true understanding of his greatness came when viewing his battle against Miracle. This beast with a beard strung together devastating haymakers with comedy in a seemingly effortless fashion. He commanded the audience with his powerful conviction and used multis in a manner that felt perfectly natural. The versatility of his performance blew me away.

This showcase came early on during Bender’s rise, and what a rise it was. His run through KOTD from newcomer to champion possibly stands as my favorite battle rap storyline of all time. I was in my teenage years when I peeped the Miracle battle. I remember being in my college dorm watching Bender defeat Arcane. Multiple times during that Arcane battle, I got chills.

Two things separated Bender from others in my estimation – his writing ability and his brilliant mind. On the writing note, Bender had a massive vocabulary. He had a tremendous grasp of history. He was an excellent source of pop culture knowledge. Bender never sold out for a reliance on the relevant or the popular to appease crowds. Rather, he emphasized the obscure and the unusual, something seasoned fans got behind. I lost my mind when Bender told The Saurus, “I just royal flushed him, now who the fuck is Doyle Brunson!?” Who thinks of multis like that? It was an insanely dope line, one of many crafted from Bender’s endless stream of knowledge. Allow me to name some of my personal favorites (quoting these as I watch the battles so I apologize for any minor errors).

Against Miracle – “Cus I ain’t come here for horse play, but I might just bludgeon this corn flake, apply his blood like it’s war paint and snipe the judge at my court date.” Later on, the spawn of the famous sorry player scheme – “Sorry player, I’m Noriega crossed with Schwarzenegger, the orphan maker, orchestrate your fate in the torture chamber, a force of nature, firestorm and warn the forest ranger, you’re a flamer, if we dropped you off at a gay bar, you’d probably catch a rape charge like Lawrence Taylor.”

Against 24/7 – “See I’ve watched friends die for nothing, I’ve seen others graduate law school, I’ve seen the worst in people, and I’ve done things that would haunt you, so you would understand in a second if you knew half the shit I gone through, there’s no number to describe the years I’ve actually got on you.”

Against Arcane – “Little man, take lessons, this is the kind of performance that makes legends, so consider this a great blessing you’ll have your name mentioned in the same sentence.” Then a bit later – “This man is corny, tasteless, average, boring, basic, bland and formulaic, vastly short of greatness, stand before me shaking, shake the hand of your replacement, think you can’t ignore this blatant fact, sadly you’re mistaken.”

Against Fredo – “See I was crafting my pen into a tactical weapon, while you were hanging with meth heads waiting on a batch from your chemist, now, class is in session for the master’s apprentice, how’d you think this was a mirror match, I don’t have a reflection, you quit your day job you better cash in your pension, I start infernos, Arctic Circle turn to Galveston, Texas, came to leave a body, no astral projection, Julius Caesar getting stabbed in the senate, I’m back with a vengeance, you can’t capture the essence with camera lenses, you’ve been gassed since you stepped in, Fredo, you’re just gas for this engine, a massive percentage won’t catch till years after I said it, even after I’m dead, that’s not the exit, they’ll travel for miles to trample the entrance, and stand at attention where my casket’s embedded like Vladimir Lenin’s cadaver that’s kept under glass at the Kremlin, god dam that’s expensive.”

This gift with the pen is probably why fellow battlers developed such respect for Bender. Make no mistake, fans loved him for his individuality, but other battlers knew they had to step up their writing games if they wanted to compete on a similar level. Bender both changed the battle world and, more importantly, elevated it. The reaction from battlers hearing of his death drives home this fact. They appreciated what he brought to a community that they all take such pride in.

On my second point, Bender’s mind was a gift. I called him a “creative soul” in my title. His creativity spanned across multiple platforms. Alongside Patience and DJ Calkuta, Bender helped form the group Flight Distance. Battle rappers often have to deal with the assumption that they can’t make quality music. A flawed generalization, Bender helped erase this notion every time he hopped on a beat. Run for Your Lives, Bad Information, and High Priests of Low-Life all had countless gems. Bender and Patience developed an unforgettable chemistry as they both rapped about similar topics but had distinctive sounds. I’ve been blasting their CDs in my car for years and will continue to do so.

Beyond his talents in the booth, Bender was a painter. And a legendary one at that. I purchased two paintings from Bender during 2016 – a Breaking Bad piece featuring Walter White and Jesse Pinkman, and one of Rooney Mara’s Lisbeth Salander character from The Girl with the Dragon Tattoo. They are gorgeous creations that are proudly displayed in my room. I am deeply thankful that I am able to hold onto these pieces of artwork even after his passing. But tying this back to my earlier point, Bender’s intelligence was a force. I would say that his creativity in multiple avenues helped him in the battle rap arena. He was a highly intelligent person who used his brain to often outwit his opponents.

Of course, I didn’t know Bender. I was merely a fan of his. And I definitely didn’t know Alex Buchanan, the individual his family and friends knew long before I came across that Miracle battle. But I will say this – it takes a special person to have an impact on others without meeting them. His battles and music gave me joy. His paintings in my room give me happiness. His existence, and by this I mean my anticipation for his next creative project, be it a battle or song, gave me excitement. I was always on the edge of my seat to hear what Bender was dropping next.

Gone, yes. Forgotten, no. Never. Bender’s legacy lives on, because as he said after his battle with Sketch Menace, “long live the king.”