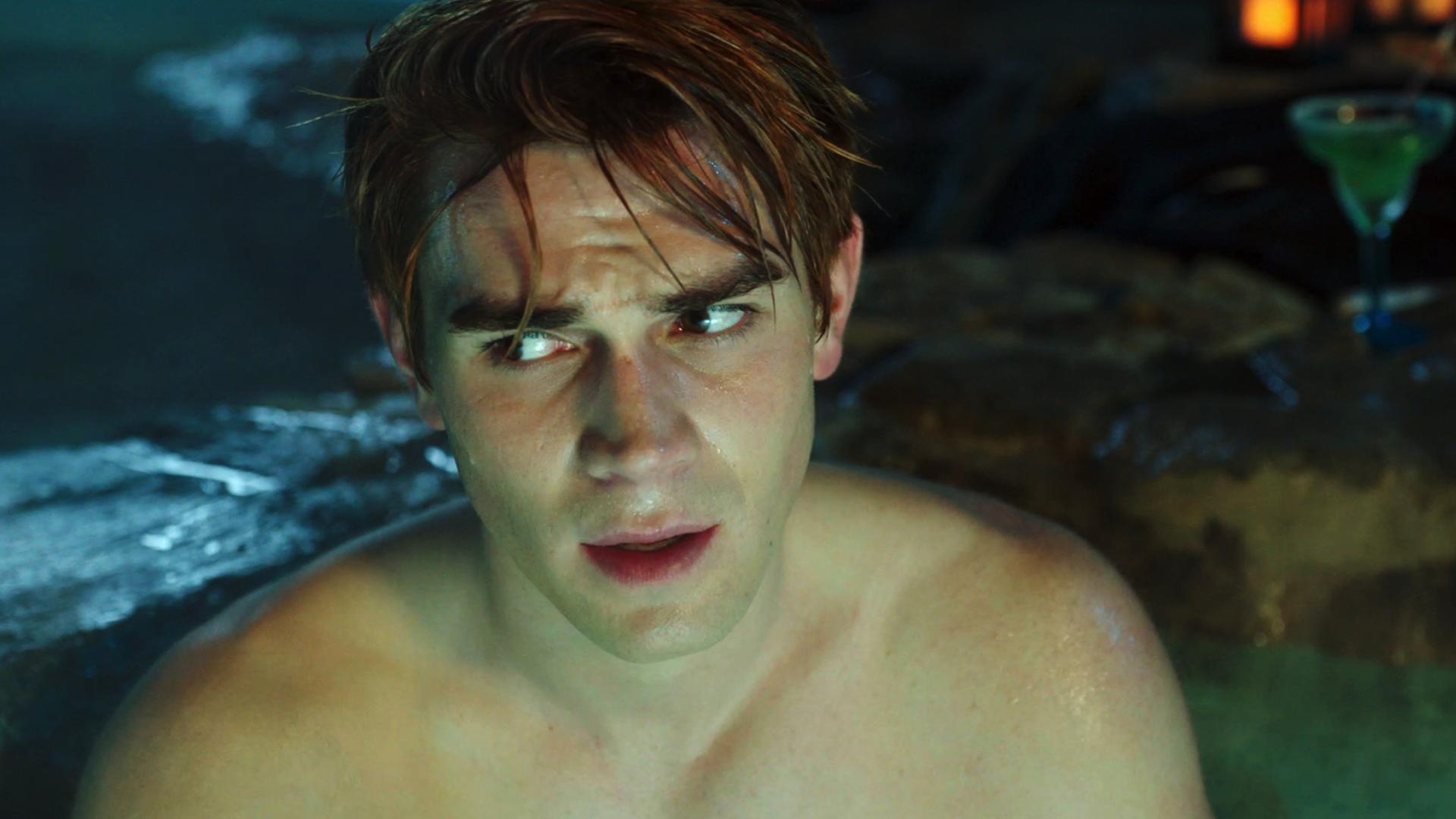 This week Riverdale season 2 delivered its best episode. Archie Andrews, Veronica Lodge, Betty Cooper and Jughead Jones traveled up to the Lodge’s lake house for the weekend. This allowed them to actually interact with each other and explore their relationships. It felt more emotionally honest and character-driven than the show has all season.

At the end of the cold open, Cheryl Blossom called to tell Jughead about Archie and Betty’s kiss. It was the kind of simple, emotional plot that Riverdale has been severely lacking all season.

Veronica suggesting that she kiss Jughead to make everything even made for a fun scene. And the plot led to actual conversations between almost every combination of the core four, which was incredibly refreshing.

Meanwhile, the show trapped all of its gay and bi characters in an ad for the movie Love Simon. I wish this was a joke. Kevin Keller asked Moose Mason to see the movie with him, but ended up feeling like a third wheel because of Moose’s relationship with Midge Klump. He almost attended the movie alone, but then Josie McCoy offered him her friendship, after they were both reeling from their parents’ affair. That plot wasn’t too egregious in how big integrated marketing’s role in it was.

However, Cheryl Blossom’s opened up about her attraction to women solely because of Love Simon. I’m sure lots of real people see a movie that affects them so much they take real steps in their lives, but watching it on screen knowing this was obviously a marketing initiative was a little sickening. Cheryl’s character development deserved better.

In this plot, the writers paired Cheryl up with Toni Topaz. The plot required Toni to be overly invested in Cheryl in that way only fictional characters ever are. Her constant gentle prodding and insights about how much pain Cheryl is in felt incredibly fake. A romance or friendship between the two of them definitely has potential, I just wish they gave Toni motivations of her own instead of making her a prop to allow Cheryl to monologue about her own pain.

Also check out my review of the last episode of Riverdale season 2.