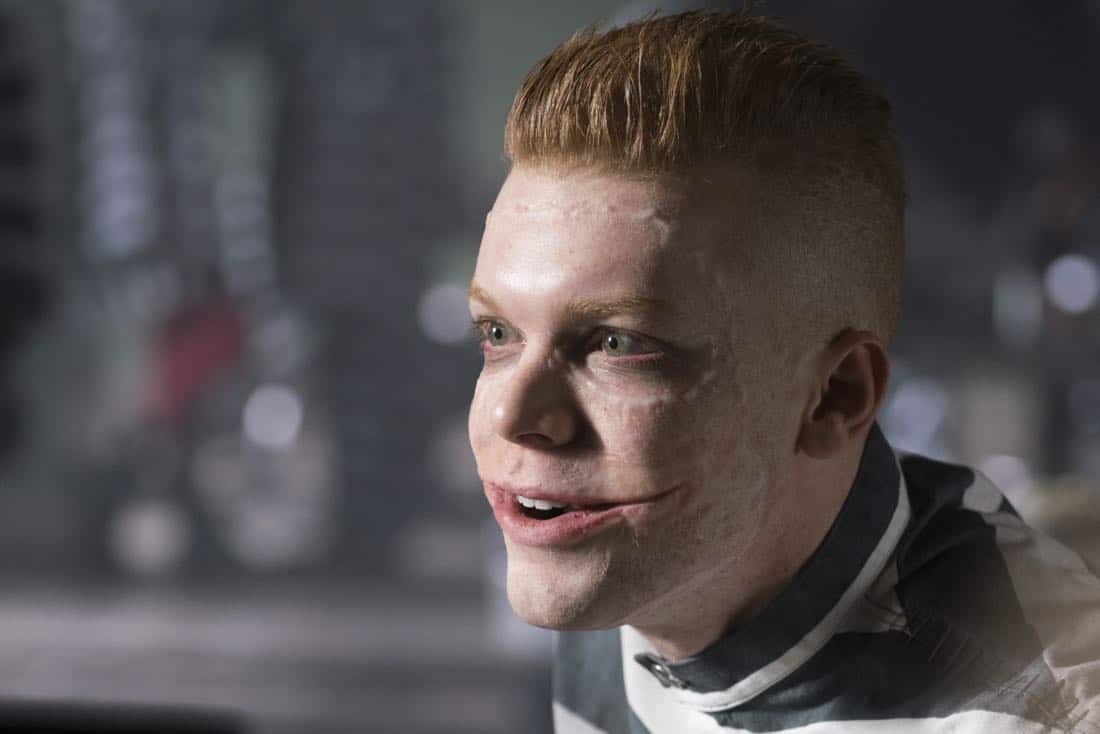 This week’s episode of Gotham season 4 had a weak main plot, but the subplot with Jerome Valeska and Oswald Cobblepot made it well worth it.

Ivy Pepper was determined to stop a Wayne Enterprises initiative called Project M, which involved experimenting on plants. She took out the head of the project, then nearly killed Bruce Wayne. Fortunately, Jim Gordon and Lucius Fox got him the antidote just in time.

Actress Peyton List is doing a good job as Ivy, but I think the character needs to be written off soon. There are a lot of practical story problems with the character. First, she’s able to instantly hypnotize anyone to do her bidding and kill them with just a scratch. That’s way too much power to give one character. Second, she truly believes that anyone who’s complicit in hurting plants deserves to die. It’s going to be difficult to write a character with that M.O. existing in a world where of course using plants in various ways is a part of life.

Ivy poisoning Bruce Wayne led to him hallucinating. He saw his future self— the show’s first real look at Batman. It was a well-done sequenc. Bruce’s horror and despair about seeing this accurate vision of his future was a great emotional note.

The best part of the episode were the scenes at Arkham. Jerome torturing Oswald was good, good stuff. Even better, Ed Nygma showed up for a very tense reunion scene. I would’ve been happy with Ed simply showing up to gloat, but it turned out he was reaching out to Oswald. A team-up between the two seems to be closer than expected.

Their scenes were so imaginative and fun. Jerome’s hatred of boredom worked to keep the scenes moving. Oswald charming Jerome through mime was incredible. I loved Oswald wielding a spork and insisting “it’s also a fork.” That’s the kind of fun moment in the midst of all the chaos that Gotham is so great at.