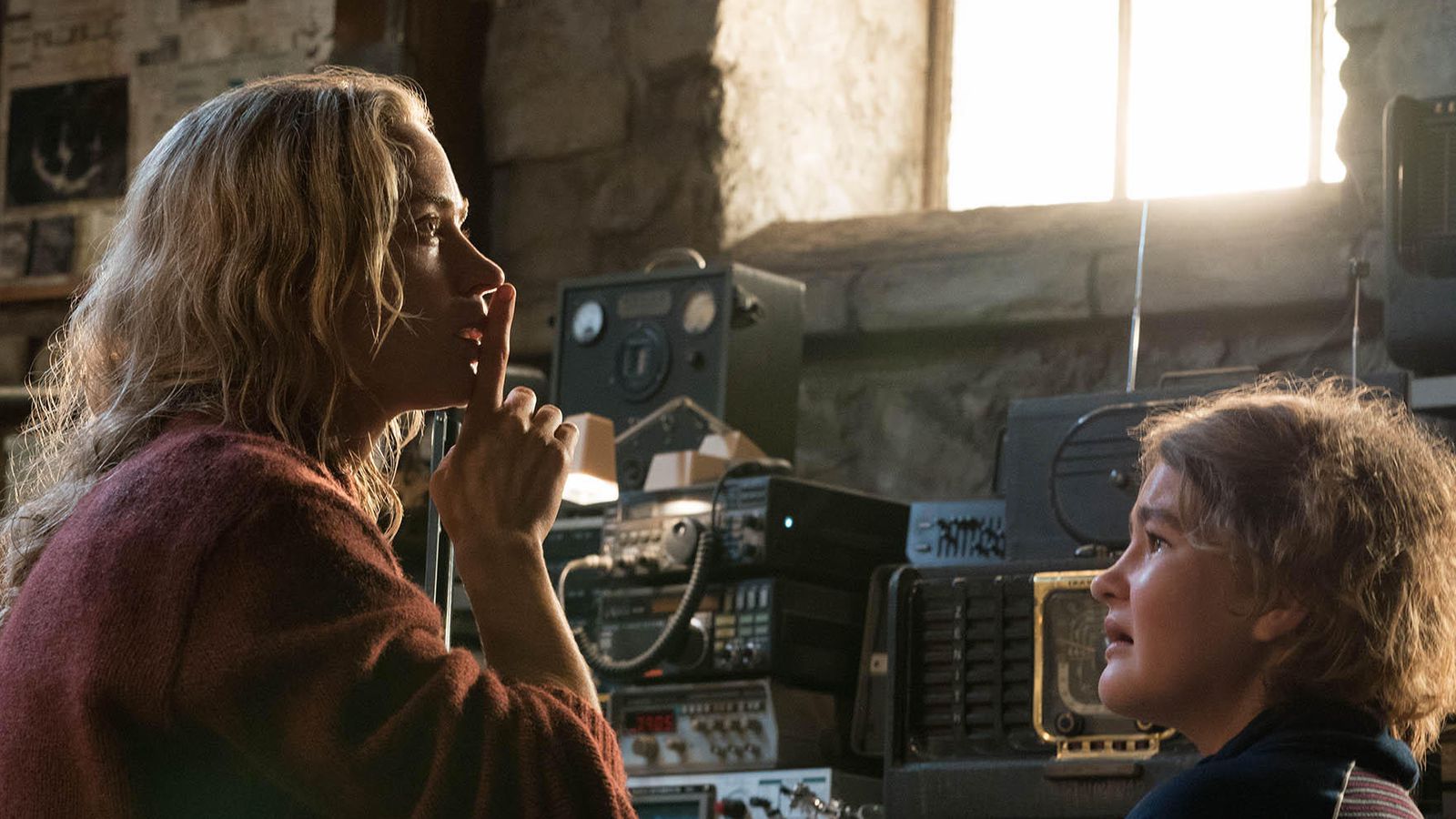 No sounds above a whisper or you’re dead. This is the simple and effective horror flick premise of John Krasinski’s A Quiet Place, and it works so well. The Abbott family is living in a world where vicious creatures hunt by sound and the survivors of the human race have to be extra careful in every single thing they do. John Krasinski is joined by Emily Blunt, Millicent Simmonds, Noah Jupe and Cade Woodward.

Krasinski keeps up the tension throughout the entire film, making you feel like there’s no time to think. Any type of everyday task is dangerous because the creatures lurking for flesh are guided by their incredible hearing. Each scene builds on the audience’s anticipation of what might happen, keeping us in a state of anxiety, just like the characters. It is like the most intense game of silent library, but with ugly creatures trying to eat you instead of librarians telling you to be quiet. The expert use of audio mixing in this film elevates the tension even more.

The story is inventive and the script really has some heart-felt moments with emotional character arcs that elevate this cool idea for a horror flick. Screenwriters Bryan Woods, Scott Beck, along with Krasinski, craft a narrative that is very gripping.

There are some questionable decisions by some of the characters in the film, but nothing significantly annoying enough to ruin the fun. These decisions, especially the one at the beginning, make the film interesting. One other minor issues is that the creatures in the film are creepy when you seem them in the shadows, but in daylight they’re not as effective. The design of the creatures just looks too familiar. Overall, these minor complaints do not drag down the film one bit.

The entire cast does a tremendous job. Emily Blunt and John Krasiniski play a couple, as they are in real life. They both share a common feeling of helplessness no matter how hard they try to protect their family. Blunt and Krasinski’s performances feel very real; they’re not just scared, but they are angry and desperate to live a normal life. The actors playing their children are all fantastic, especially Millicent Simmonds, who plays Regan. Simmonds is actually deaf in real life, as is her character in the film, and she delivers in some very emotionally challenging scenes.

A Quiet Place is much more than a horror movie; it’s a film about dealing with regret, and finding redemption and forgiveness in a world where those two things are scarce. The tension in this film is constant, keeping you honed into every little detail and action onscreen. It really places you in the characters’ shoes, allowing you to easily connect with each member of the family. A Quiet Place is an innovative horror film with heart that will make a lot of noise when it comes to this year’s top films.