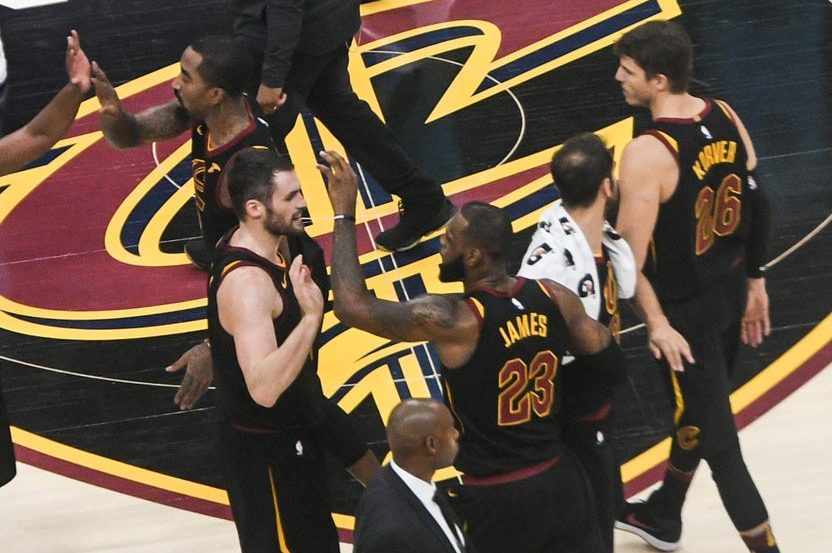 To say LeBron James came out hot is an understatement.

James went off, scoring a game-high 46 points to go with 12 rebounds, as the Cleveland Cavaliers bounced back from a lackluster Game 1 performance, holding off the Indiana Pacers 100-97 to even the series 1-1.

Kyle Korver was inserted into starting lineup for Game 2 and was a difference-maker, hitting four three-pointers for 12 points, and set the tone with his hustle on the defensive end.

Kevin Love chipped in with 15 and eight rebounds, but appeared to injure his surgically repaired hand while deflecting a pass and sat out the final 3:43 of a very close game. By all accounts the injury is minor and Love should suit up for Game 3

Despite early foul trouble, Victor Oladipo scored 22 in the losing effort. Myles Turner was close behind with 18 points.