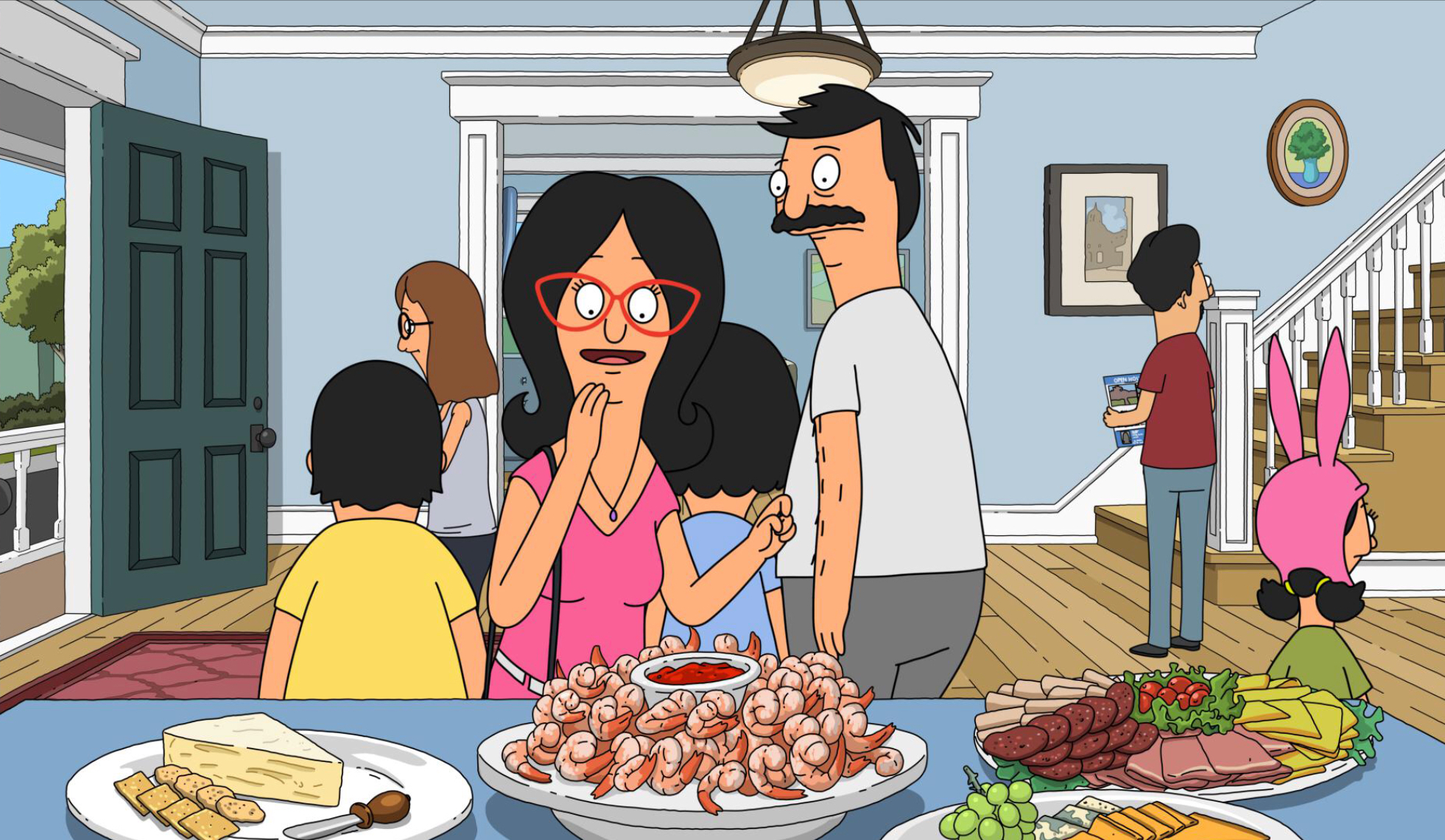 The Bob’s Burgers season 8 Mother’s Day episode was a perfect piece of farce. Linda Belcher convinced everyone to pose as a wealthy family so they can get free food from open houses. This led to a fun montage of Linda happily eating shrimp. But, the lie quickly snowballed out of control.

Each turn in this episode was great. First, the meets a realtor desperate to make a sale. Then, she leads them a house with an owner who Bob Belcher already revealed their entire ruse to. He asks them to help him drive another couple to actually purchase the house, but then the kids meet his mother Ethel, who doesn’t want to sell the house.

Ethel was a great guest character. Her gruesome hobby of squirrel taxidermy was a nice visual element. It was fun to see how it delighted Louise Belcher while upsetting Tina Belcher. And in one scene they really, really went for it with just how gross taxidermy actually is. This show isn’t always as gross as its Animation Domination counterparts, but they know how to pull off a disgusting setpiece. Louise and Ethel coming up with a plan that involves massive amounts of squirrel blood was great.

The series of turns each reveal how empathetic the Belcher family is. Unlike the characters in most farces, they’re not driven by pride or scheming for anything greater than some free shrimp. For mos too the episode, they’re driven by wanting to help others and trying to navigate the conflicting needs of other people. This put a refreshing spin on the tight, well-crafted comedy.

It’s rare for Bob’s Burgers to do an episode with only one plotline but this one absolutely worked. Each plot point led to the next well and every character had something to do.

Also check out my review of last night’s other episode of Bob’s Burgers season 8.