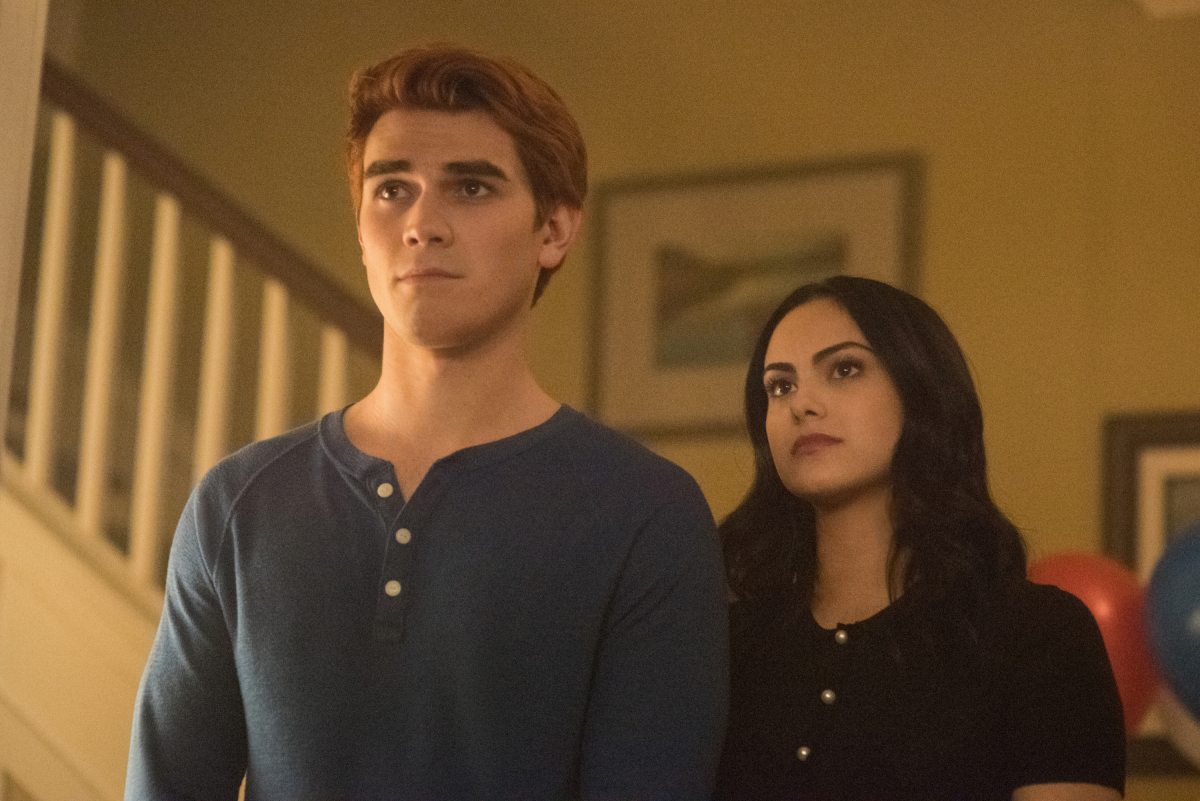 What is there to say about the Riverdale season 2 finale? It’s been an exhausting season. The finale mostly hammered home how meaningless everything really is.

After a week of milking the drama of possibly killing off Jughead Jones at the end of the last episode, the finale revealed within the first minute that he’s fine. It brings up the question of why they bothered at all. The answer isn’t anything about the story or Jughead’s development. It’s that they wanted a talked about moment.

That’s what Riverdale season 2 was. A series of striking moments that didn’t add up to anything. In this episode, Betty Cooper confronting her father Hal Cooper is nothing more than an homage to Silence of the Lambs. Her entire arc built up to this moment, but the show was so desperate to get in a reference that all you’re thinking about is why a set up like this exists in a small town jail and when exactly Riverdale reached later season Community levels of who-cares-as-long-as-we’re-referencing-something.

The CW heavily promoted the moment of Cheryl Blossom joining the serpents. But, after this past season it’s hard to understand what the significance is. The writing of what the Serpents actually do has been all over the map. Does Cheryl joining the Serpents mean she’s willing to stab someone or sell drugs? Or is it a commitment to working towards economic equality and reparations of indigenous people? We don’t know and the show doesn’t either. It’s really just her putting on a jacket that looks cool.

Of course the finale tried to end with a big game changer. But, it’s impossible for Riverdale to change the game anymore. The show introduced high stakes alliances and character defining turns every five minutes and these moments often contradicted each other. So, what could possibly change that game? In the big finale moment, Archie Andrews getti. This was a result of him telling Hiram Lodge that he’s determined to go after him but making no further play. His entire plan was just alerting his foe to what he was doing. So, I didn’t feel much about it getting him arrested.

I didn’t feel much about any of this. Because the emotional resonance of a teen show is entirely dependent on you believing, on some level, that these are kids. That they’re still learning, they’re in over their heads and they have all the limitations that being a teen puts on you. From big things like Veronica Lodge trying to out-maneuver her father in a goddamn real estate deal, to small details like Betty and Jughead inexplicably checking into a nice hotel, any sense that these are kids was obliterated in this episode.