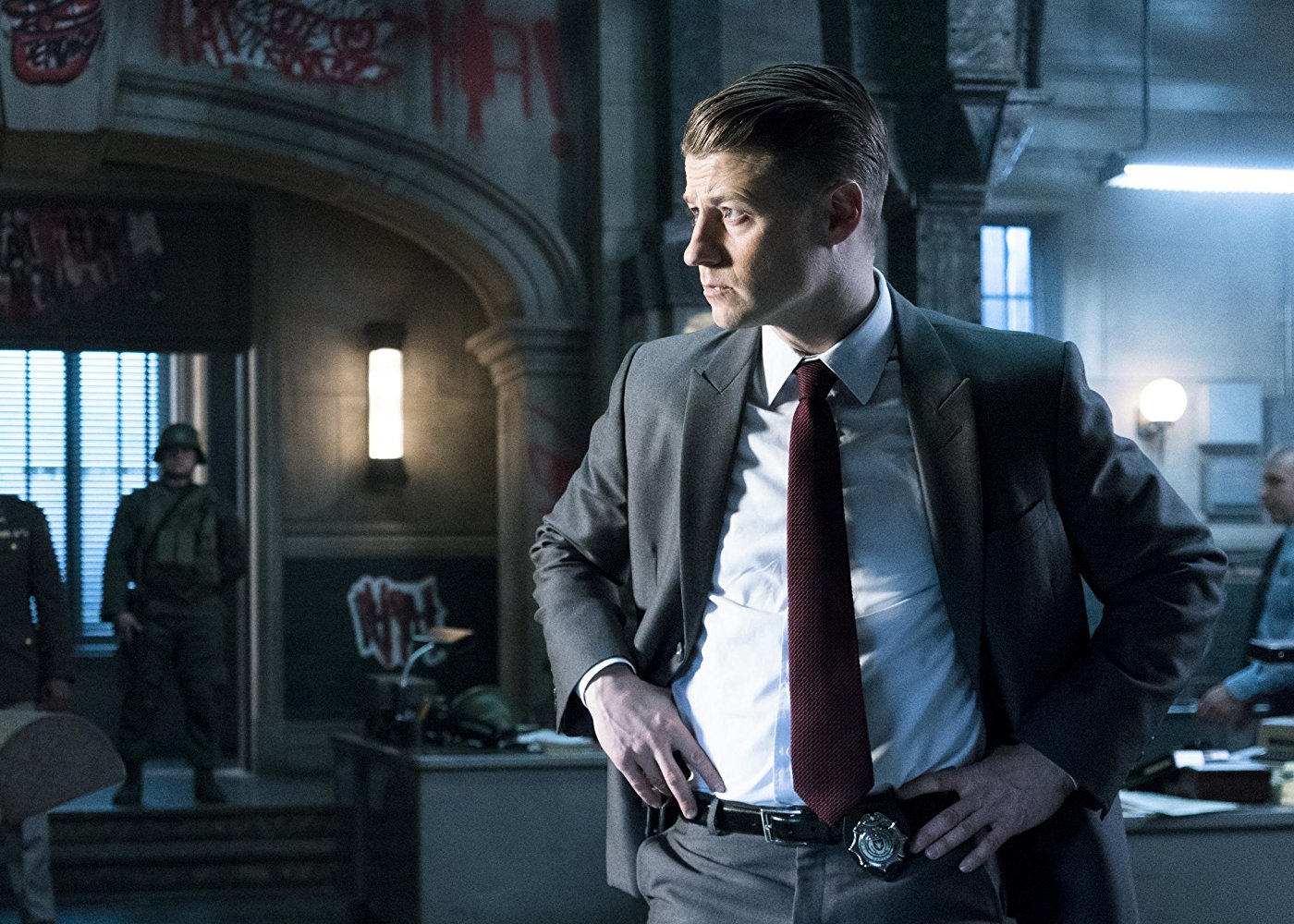 The Gotham season 4 finale felt more like an extended trailer for next season than its own episode. The busy finale had some fun moments but quickly lost track of just about everyone’s motivations.

The episode built up to Jim Gordon and Bruce Wayne lighting a proto Bat-signal. In this case it was just a light in the sky with no signal. The metaphorical explanation for this was that they need to show people there is still light. The episode didn’t spell out the practical reason for this. Presumably they wanted to let people know that the GCPD still had electricity they could use. It felt forced to shoehorn in iconography.

In general, the episode felt like it was hopping from one visual idea to the next without much story. Bruce visiting Jeremiah Valeska in prison had a strong The Silence of the Lambs vibe. But, there wasn’t much else going for the scene.

Overall, Jeremiah was a big disappointment. This week his plan was ‘a bunch of bombs’ for the second time in a row. I know his thing is efficiency, but that’s not exactly an entertaining scheme. The one strength he has over Jerome Valeska is his belief that he and Bruce should be friends. But, in-universe they bonded for maybe a weekend and the screentime devoted to it was even more minuscule. The season overplayed Jeremiah’s desire for friendship with Bruce.

The end of the episode frantically tried to establish exciting things for next season. Bridgit Pike, Jonathan Crane and Victor Fries were suddenly back in the game. Jonathan’s scene in particular was a well-done visual moment, but none of this felt earned. I wish there’d been at least a couple more moments of main characters’ actions concretely triggering these new nightmares.

The most fun aspect of the new status quo was Barbara Kean and Tabitha Galavan abruptly declaring their territory a “No Man’s Land.” This is incredibly silly but I feel more optimistic about it than most comic book storylines with ‘man-hating’ female villains.

I do wish they’d done a better job of smoothing out how Tabitha reconciled this with her love of Butch Gilzean. Even a quick line of dialogue along the lines of “the only decent man in the city just died” would’ve helped a lot. After all, I imagine I’d be very angry if I’d just lost the man I love and a friend immediately started talking about how all men are trash. This is just one instance of how Gotham season 4 was quick to get to their endgames and lost sight of character’s actual emotions along the way.