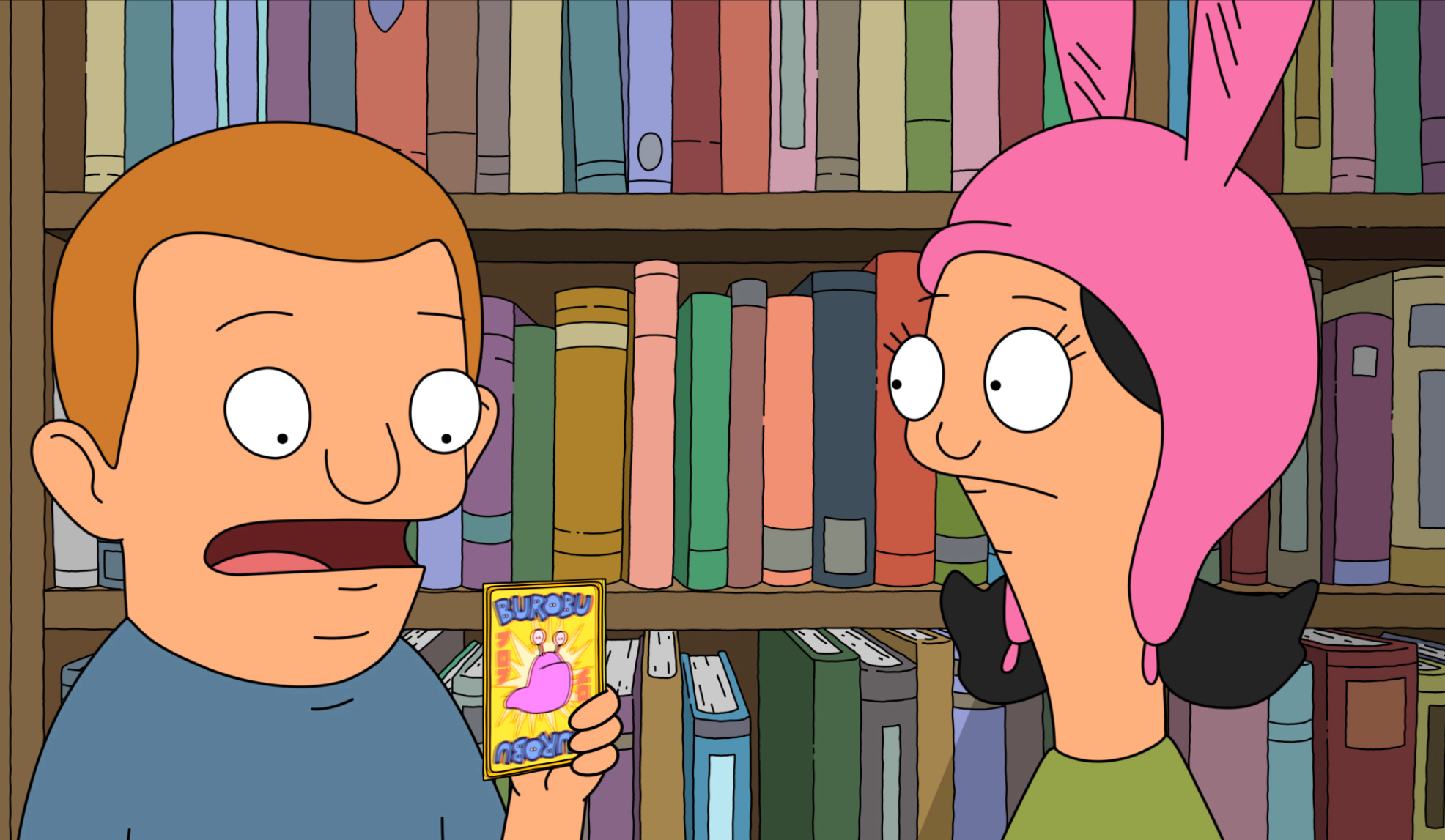 This week’s episode of Bob’s Burgers season 8 revealed Louise Belcher’s interest in Japanese trading cards. Media parodied Pokémon and Yu-Gi-Oh a lot over the past twenty years. Fortunately, this episode used Louise’s hobby as a jumping off point for a character-driven story rather than focusing on satirizing the phenomenon.

Tina Belcher snitched on Louise for trading cards during school. So, Ms. LaBonz confiscated Louise and her friends’ cards. The Belchers, along with Regular-Sized Rudy and Andy and Ollie Pesto, decided to sneak into Ms. LaBonz’s house to get the cards back. This all happened while she was throwing a get together with the other Wagstaff teachers. There was a great inherent weird awkwardness to a plot where the kids got to witness the teachers outside of school. As Gene put it, “They’re not acting that different. Are they always drunk?”

The most fun plot point was when Mr. Frond showed up uninvited. In order to cause a distraction, Louise convinced him that dancing outside the party would get the other teachers to invite him in. Mr. Frond dancing enthusiastically to “Groove is in the Heart” as the other teachers watched was both funny and deeply sad.

The ending in which Tina covered for Louise in order to make up for snitching as generic but satisfying. Everyone learned a lesson and they had a nice sisterly moment.

In a wonderfully bizarre subplot, Bob Belcher had to give a eulogy at the funeral of a pickle vendor who he used to be friends with, before they got in a fight and Bob ended up throwing a pickle at his face. The story started off painfully uncomfortable for Bob, then became a sweetly emotional little story about the unspoken but strong bonds that acquaintances can form.