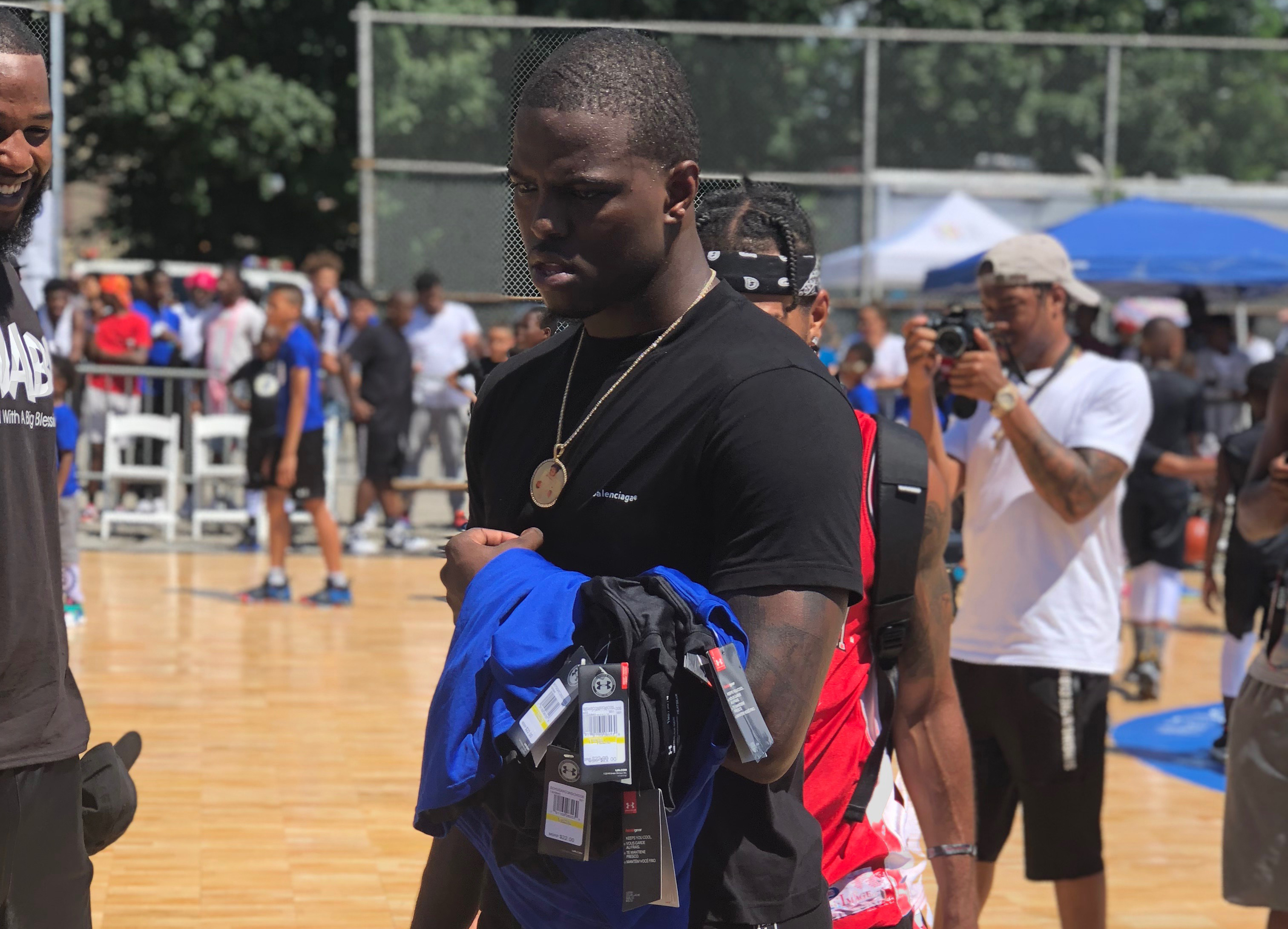 Brooklyn native and basketball star, Isaiah Whitehead, hosted his fourth annual Isaiah Whitehead Give Back Day in Coney Island and it was quite the success. “It’s just about giving the little guys and girls a fun-filled day where they can just chill out, be safe, and not worry about anything,” said Whitehead when asked what inspired him to create this event and give back to the community.

One thing that separates Whitehead from other big-time athletes who do these kinds of events was his great sense of humility. Upon his arrival to the park he immediately began giving out handshakes and hugs to the people of Coney Island, Brooklyn, or wherever they happened to be from; he was very excited to mingle and interact with everyone in attendance. Not only did he embrace the love given, but he gave it right back. In fact, this was the theme for the entire day. Whitehead even used the hashtag, #THEGIVEBACK as the caption for the flyer of the event that he posted several times on his Instagram. This event was not just for people who love basketball, Whitehead made sure everyone could enjoy themselves. There was food, beverages, cotton candy, a bouncy house, and even the opportunity to get a haircut, all free of charge! 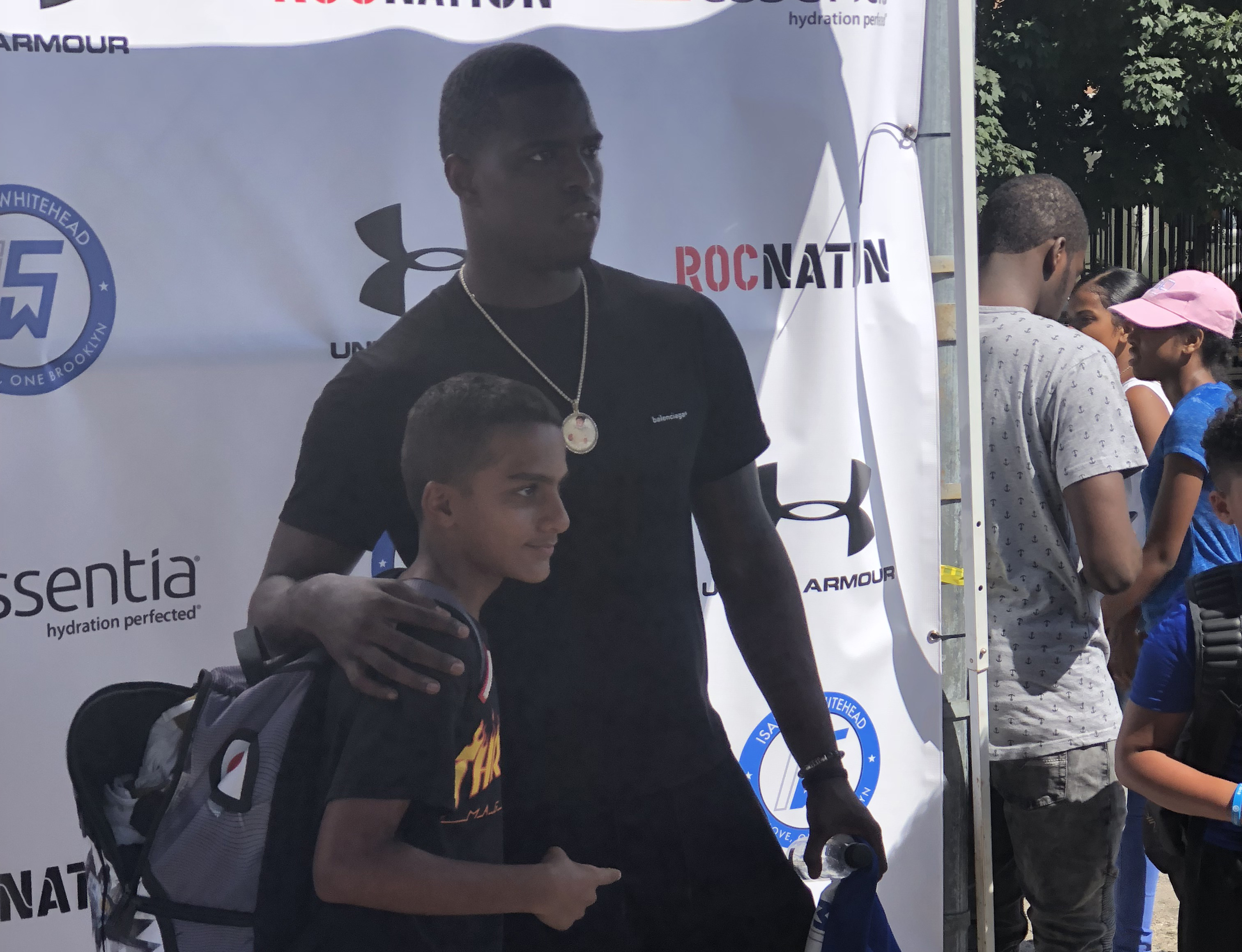 The event featured four games for players to have fun, compete, and showcase their talents in front of Isaiah Whitehead, Lance Stephenson, Casanova, and a tough New York crowd. There was a game for the youngsters, two high school games, and a men’s unlimited game. Whitehead didn’t just fund the event and kick his feet up, he stayed involved for the entire day, whether it was helping hand out the uniforms to the little guys (which included a pair of compression leg sleeves with his logo on them, which were also free) or coaching the men’s unlimited game against the opposing team who was coached by Power 105’s own DJ Self.

In the beginning, the event was slightly delayed because of the weather. Whitehead brought out a nice hardwood floor with his logo on it for the games, but even after the rain dried up there was still water underneath the hardwood. However the show must go on! The event was then moved down the block on the concrete, double rim courts… back to the basics. The games were filled with talent and electrified the crowd. It could have been easier to just call off the games, maybe even the event, but in true the Brooklyn character of grit, grind, and perseverance, Whitehead kept it pushing and was in the mix. The Fourth Annual Isaiah Whitehead Day was definitely one for the books.