Social media is a digital god that gives us the opportunity to be plugged in 24/7 and allows us to leave digital crumbs of ourselves everywhere. Searching is a thriller that is presented through digital screens alone, showcasing the power and complexity of social media. The film tells the story of David Kim, a father that is desperately looking for his teenage daughter Margot by using her computer. Filmed in only 13 days, although it took two years to edit, this film, written and directed by Aneesh Chaganty, stars John Cho, Debra Messing, Michelle La, and Sara Sohn.

The script does a fantastic job of setting up the relationship of the Kim family so that we know how broken they are after a lingering tragedy. That helps us to sympathize with the main character, David, even more, because he doesn’t just want to find his daughter, he also wants a second chance to connect with her. The story provides commentary on how social media is just a projection of who you want to be in the eyes of others. However, it also allows you to have a platform to express yourself. There’s a particular part in this film where the cruel, unintelligent offspring of the world is showcased through their Internet participation and it really allows you to see how damaging the Internet can be. At its worst, everything on social media is a show to feed our egos, as displayed in Searching.

From the different computer and social media screens, we get to jump in on the search for Margot. All the clues are there in front of you and the movie really allows you to try and solve the case along with David. Chaganty really keeps you guessing throughout the whole film There are some parts that are easy to decipher, but you never know exactly what’s going to happen, even if you know something doesn’t seem right. It’s like riding a rollercoaster with your eyes closed. You can anticipate what’s going to happen next, but sometimes that loop you were expecting becomes a sudden drop. 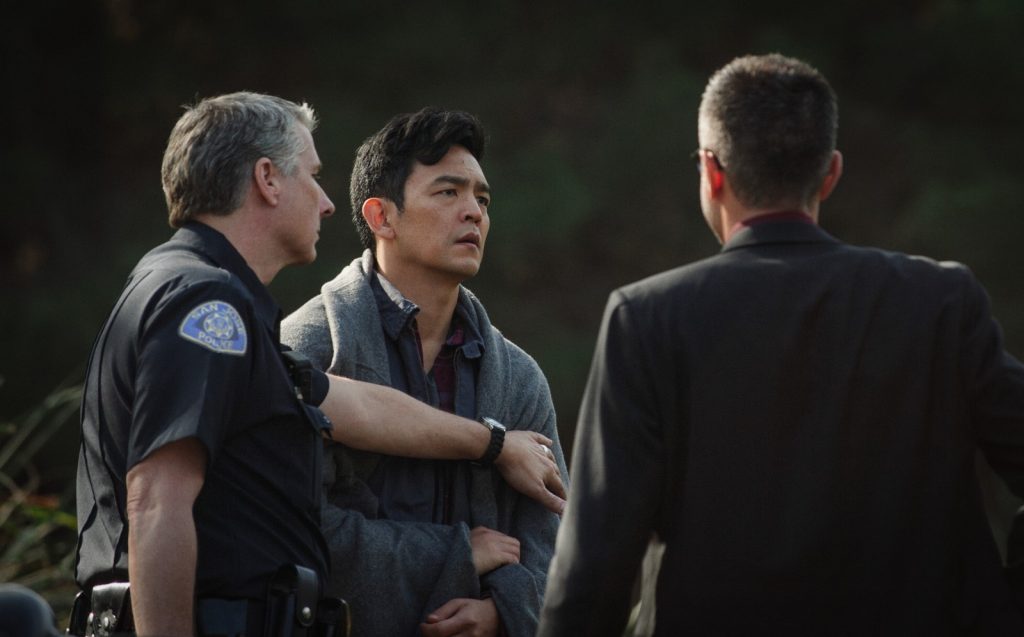 The talented John Cho is finally in a big leading role in a movie that doesn’t deal with potheads (don’t get me wrong though, I love the Harold and Kumar flicks). Cho really gives off the Asian dad vibes with his role as David, but he also plays a father that’s desperate and frustrated with all the little bumps that led to Margot going missing. He blames himself, as he’s filled with this volcanic blood inside of him. It’s very relative because most of us have, at one point in our lives, critiqued a shortcoming with an enormous magnifying glass.

This is definitely John Cho’s film, but the supporting cast brings their A-game as well. Michelle La is wonderful as Margot, a lonely teen that’s in desperate need to truly connect with someone. Then there’s Debra Messing who plays Detective Vick, a sharp veteran in the field who is dedicated to her family and work. It’s not only that the entire cast works well individually, they also work well together, reacting believably to create genuine scenes, even when the film goes a little crazy with plot twists.

Searching is a tremendous film that is an optimal example of what a film told through social media and digital screens should be. It never feels gimmicky and allows the story to unfold right before you with all the clues on deck. The film really allows you to latch on to David, as he dives into the often phony world that we’re all plugged into for most of the day. At the core of the film, there lies a critical question: do you know your friends and family or just what they pump out in social media?