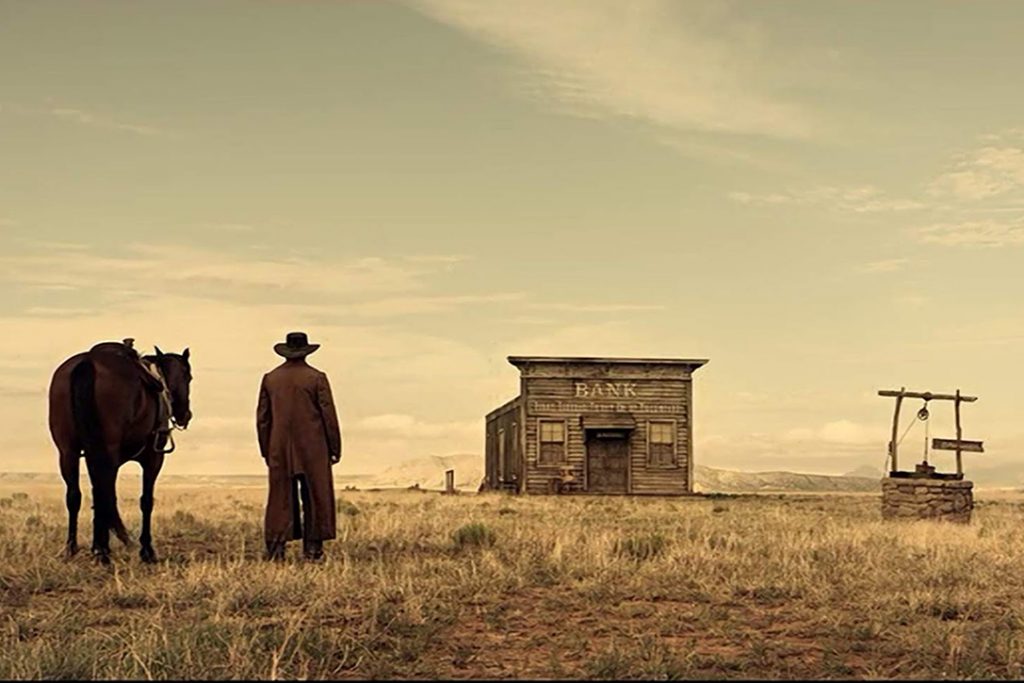 The Ballad of Buster Scruggs (Netflix)

The Ballad of Buster Scruggs

The wild west was more weird than wild and the Coen brothers capture the oddities and cruelty of the time period in their latest film The Ballad of Buster Scruggs. Stringing together six stories related by the common themes of violence and desire, the Coen brothers present quirky, original characters in stories that immerse you into the American West. The six short stories of the anthology are packed with magnetic performances from the likes of Tim Blake Nelson, James Franco, Liam Neeson, Zoe Kazan, Bill Heck, and Tom Waits.

The Coen Bros Flex Their Skills

The Coen brothers present crisp, intimate images of the brutal west through the various lenses of a variety of characters across six stories with the help of cinematographer Bruno Delbonnel. You’ll know you’re in the hands of masters once the film gets started with the happy-go-lucky Buster Scruggs singing a tune on horseback while he makes his way through jagged terrain. Their shots are contemplative and suggestive of what the characters are pondering, reeling you into the protagonist’s mindset.

Each story utilizes the Coen brothers’ unique approach to dark comedy. Yes, each vignette is a display of bleak comedy, but there are poignant moments to flesh out the characters and reflect human nature, whether it be selfishness, pure joy, or acceptance. Now, is this film for everyone? Of course not, but the Coen brothers’ films are never mainstream and this one is no exception. This film is a sampler of their cinematic capabilities and it is magnificent. 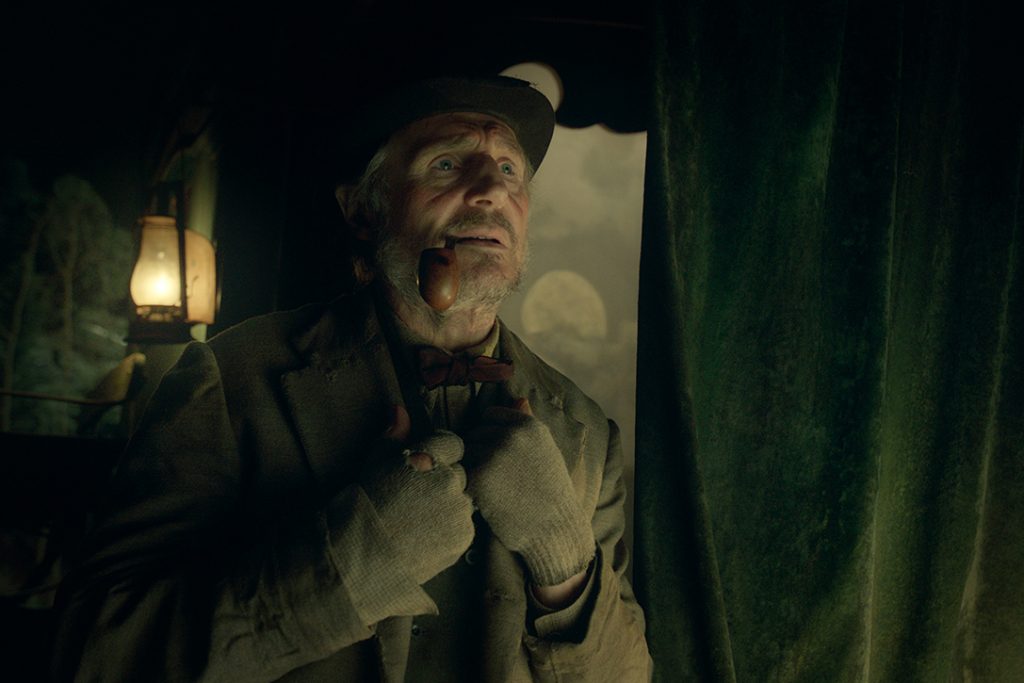 Liam Neeson in The Ballad of Buster Scruggs

Choosing a star performance would be a difficult task because everyone brings their best to the stories they star in. Tim Blake Nelson playing the fourth-wall-breaking happy-as-hell Buster Scruggs is wonderful as a puny cowboy who is the Grim Reaper with his pistols. Liam Neeson is haunting as an Impresario and Harry Melling breaks your heart with his eyes as the Artist in a segment called “Meal Ticket.” Zoe Kazan and Bill Heck make a great pair in “The Gal Who Got Rattled.” Tom Waits slips into the role of an old, broken Prospector perfectly in “All Gold Canyon” and gives us a character we can cheer for. There are no standouts because everyone is on point.

The one common message found in most of the stories in The Ballad of Buster Scruggs is that life’s twisted sense of humor is usually triggered when you act upon your desires. We all desire something in this world, which typically revolves around love or riches, but life loves to trip you up as you’re looking at the stars, trying to snatch one. But, we try anyway because that’s the big game. The Coen brothers’ anthology is a wonderful western offering showcasing their versatile skills.