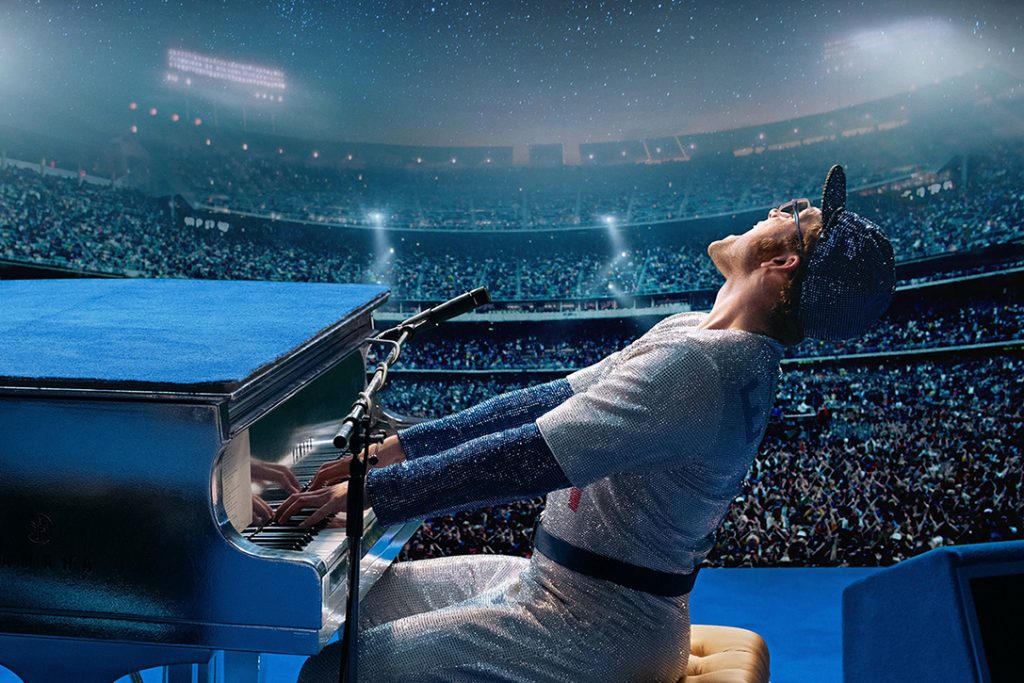 There’s yet another music biopic in our sights, but can this one stray away from the formula and typical tropes that bog this genre down? Elton John is a fascinating artist fueled by a tragic childhood. And although Rocketman may seem like a music biopic, it’s advertised as a “musical fantasy.” Director Dexter Fletcher takes a different, fresh approach with this genre and he’s got plenty of firepower in his corner, including Taron Egerton in the lead role, Jamie Bell, Richard Madden, and Bryce Dallas Howard.

Director Fletcher and cinematographer George Richmond team up to deliver a visually gripping tale of the rise, fall, and redemption of a beloved musical artist. Although it still goes through some of the hoops of a typical music biopic, there are extravagant depictions of John’s life by way of musical numbers. Unlike Bohemian Rhapsody, this film is a hybrid musical biopic that never slips into painfully generic territory.

There are several musical numbers in this movie and all of them are integrated within the fabric of the story very well. Not only does Egerton sing and dance, but all of the supporting players do too, bumping up the entertainment factor to a premium level. There are even moments where we get to peak into Elton John’s mind through the musical numbers. We dip into some of the key moments of the music icon’s timeline, and although they’re very familiar, they’re presented in imaginative ways. 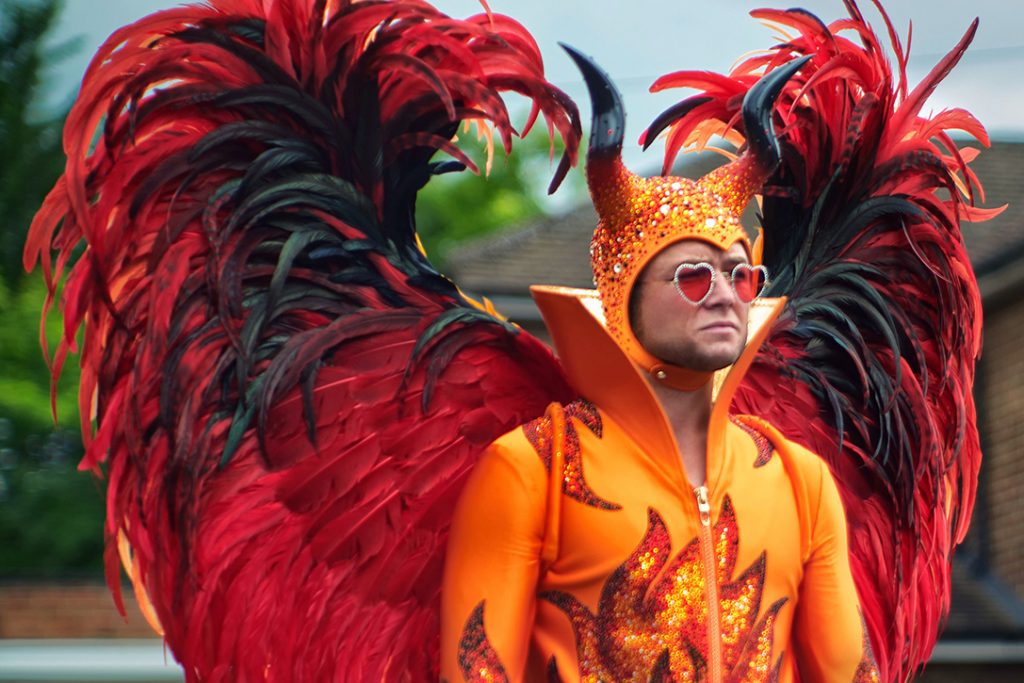 Taron Egerton knocks it out of the park with a bedazzled baseball bat as the one-and-only Elton John. He is a live wire who really invests himself emotionally into every scene. Egerton even sings all of the songs, adding a layer of authenticity to his performance. No, he doesn’t sound exactly like the man himself, but he does put his own spin on the iconic songs and it works. Egerton puts on a fabulous show, proving he’s capable of carrying a heavy drama.

Although Egerton is undeniably the highlight of the film, the supporting cast does a terrific job as well. Bryce Dallas Howard is a cold-hearted bitch, playing John’s mother Sheila, and Richard Madden, who you might remember from Game of Thrones, acts as his ruthless manager John Reid with a steely charm. And there’s Jamie Bell, playing his best friend and creative partner Bernie Taupin, who has solid chemistry with Egerton.

Rocketman is a passionate film about an extroverted introvert who hides from the world behind a smile. The musical fantasy is a much-needed breath of fresh air in a genre that has abused a tired storytelling pattern. Almost every scene in the film benefits from enlivening musical numbers and incredible performances, allowing us to forgive the familiar moments seen too often in films about artists’ lives. Fletcher doesn’t destroy the music biopic formula, but he does remix it to bring us something novel, presenting a film that honors the sound of a generation properly.