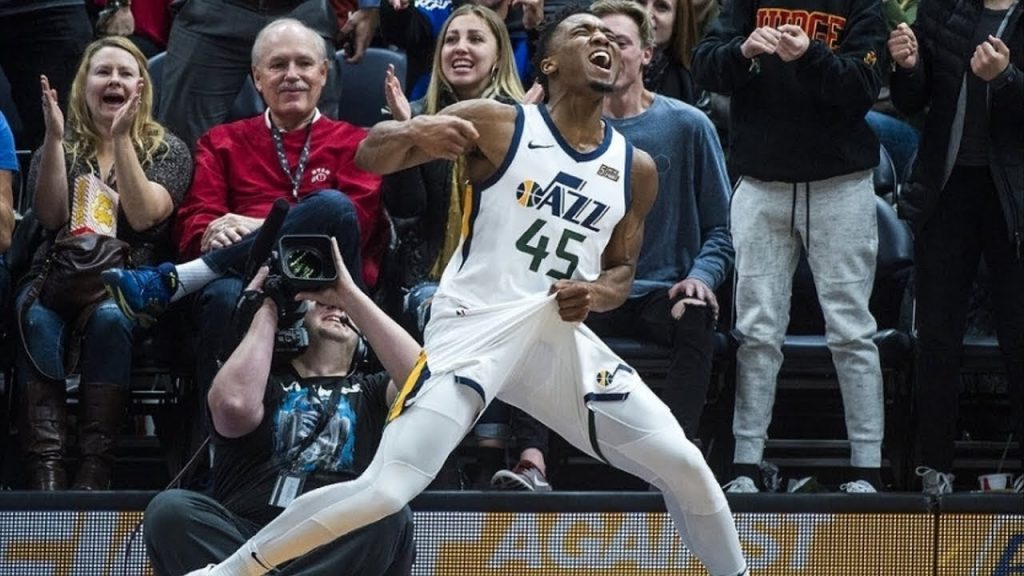 The National Basketball Association, (NBA) has been established since 1946. Now in its 75th season, fans have witnessed many great teams rise through the ranks and claim the title. In the current campaign of 2020/21, the Philadelphia 76ers lead the way in the Eastern Conference while Utah Jazz head the table in the West.

The challenge of predicting a winner, whether as part of a wager or simply for personal interest, makes the NBA one of the most exciting sports leagues in the world, and to make things a bit easier, OLBG’s handicappers offer expert betting advice, but what does it take to be one of the favored teams?

Both the Jazz in the Western Conference and the 76ers in the East have plenty of challenges below them. Franchises including the Brooklyn Nets, Miami Heat, Atlanta Hawks, Phoenix Suns and defending champion Los Angeles Lakers are all in contention at an advanced stage of the regular season.

One of the key qualities needed to succeed in the NBA relates to the competition’s format. Across the regular season, each franchise will play no fewer than 72 games. Matches will be crammed into the weekly schedules with very little opportunity for breaks between those contests.

It is, in short, a very grueling campaign and huge levels of fitness and stamina are required even before the playoffs begin. Injuries are inevitable and another key quality is having great depth within each roster. The NBA is a long competition and those are the first issues that each team has to address before a ball is even thrown up at center court to start a game.

On the flip side to the sheer length of the regular season, the structure of the NBA is very forgiving. At the end of those initial stages, the top eight teams in both the Eastern and Western Conferences make it through to the playoffs. This means that the initial target is simply to finish in the top half of the section in order to progress.

Having success in the NBA doesn’t, therefore, rely on winning the vast majority of games during the regular season. Recent examples include the Detroit Pistons who moved forward into the playoffs with a 41-41 record at the end of the regular campaign in 2018/19.

The key to ultimate success lies in peaking at just the right time. A franchise can scrape through to the playoffs, but still claim the NBA Championship if they bring their best form and fitness levels through to the NBA Finals.

Success can also be relative: There are 30 teams involved in the NBA championship and only one can win, so many franchises will not claim the ultimate prize for many years. Over the course of history, the most successful teams in the history of the game are the Los Angeles Lakers and the Boston Celtics; both franchises have won 17 titles with the Lakers claiming the most recent chip in 2020.

The Lakers are the most dominant team of the Modern Era and their record of success is largely due to the sheer quality of their roster. The LA franchise has produced no fewer than 26 Hall of Famers to date and that list includes names such as Kobe Bryant, Magic Johnson, Shaquille O’Neal, and Wilt Chamberlain. Soon enough, LeBron James will join that group if he ever decides to retire.

Success for the Lakers is measured by winning championships. For other franchises, the targets set by the owners may be a little more modest.

A team such as the Charlotte Hornets offer a perfect example here. The franchise hasn’t qualified for the playoffs since 2015-16 when they lost in the first round to the Miami Heat. They’ve never won the NBA title and have failed to make it beyond the regular season in each of the previous four seasons.

For 2021, therefore, the target has to be to make it to those playoffs. After 42 games, the Hornets stand in sixth place in the Eastern Conference and, if they keep that position and make it to the postseason, it can be argued that they’ve enjoyed a successful season, especially if they make it without rookie phenom, LaMelo Ball, who lit it up during the regular season, but is now on the sidelines with a wrist injury.

In any case, the goal still remains to win an NBA title, and after yesterday’s trade deadline, it’ll be interesting to watch which team rises to the top.