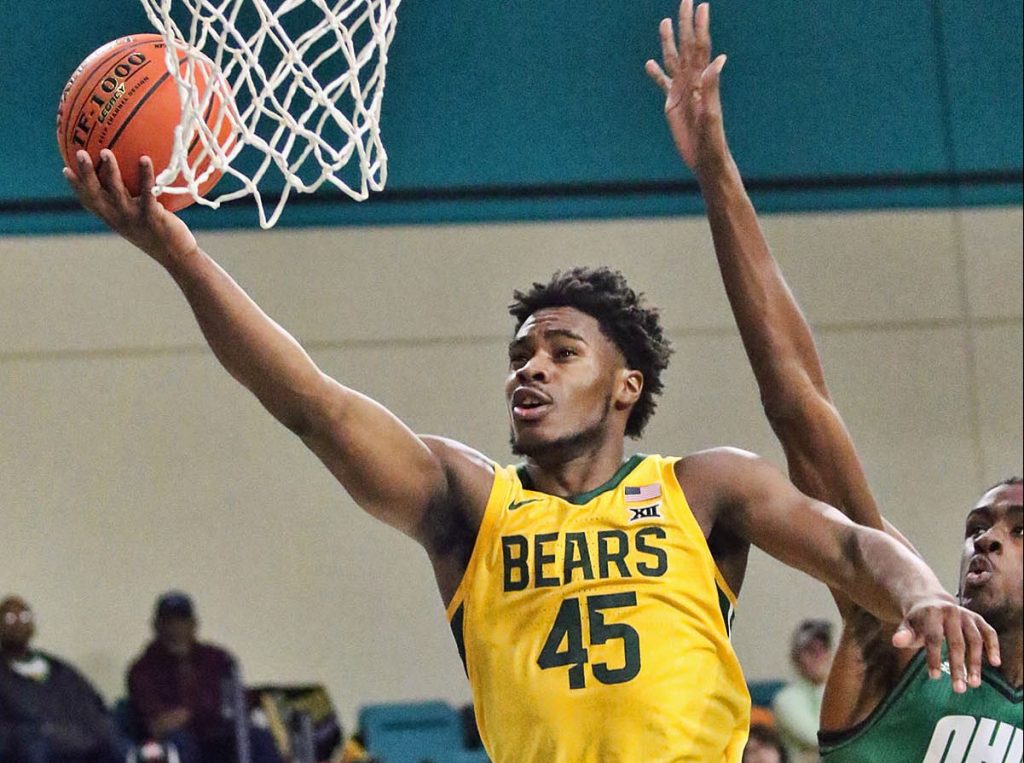 POSITIVES: The number one thing that stands out for Davion Mitchell is his defensive ability. It was especially on display during his senior season, where Mitchell averaged 1.9 steals per game. He also finished his senior season with 1.9 defensive win shares, which ranks above average in a college season, while also having an above-average defensive plus/minus at 3.7. Mitchell’s great strength and athleticism obviously aids him on the defensive, especially in pick and roll scenarios  However, his most massive improvement through his college career has been his offensive efficiency and just simply improving his offensive game in general. His shooting splits from his freshman year to senior year are out of his world. He went from .429/.288/.677 to .511/.447/.641. And while his efficiency is most eye-opening, his volume has improved too, adding more than six points per game each season. Mitchell’s decision making and passing have also greatly improved over the years to match whit his a long lasting motor throughout games.

NEGATIVES: Big thing that stands out is revolving around free throws. Not only does he not go to the free-throw line enough (2.1 attempts per game his senior season) but his percentage is atrocious for a point guard (65 percent for his college career). He lacks a legitimate catch and shoot ability. His length is also below average and that could be a disadvantage defensively against bigger guards. Mitchell also isn’t out of this world when it comes to facilitating the pick and roll. Lackluster rebounding is also a concern, especially offensively. Finally, sometimes he can be extra aggressive gambling on steals and help defense. This leaves him out of position and often creates easy plays for opposing teams.

NBA OUTLOOK: Transferring out of Auburn was the best decision that Davion Mitchell could have chosen to do. While he gets a lot of hype for being “Number 45 with the last name Mitchell,” he actually has a completely different style of play compared to Donovan Mitchell. His defensive ability and strength will make him an excellent plug and play player early in his career. His three point shooting should carry over nicely. At 22, Davion is a bit “old” in the realm of NBA prospects, but that can certainly be seen as a positive as well due to maturity. Only time will tell to answer that aspect. But nonetheless, Mitchell’s outstanding senior year has helped his stock skyrocket in the past six months. Teams like the New Orleans Pelicans, Los Angeles Lakers, and Washington Wizards would all be solid fits for Davion Mitchell.