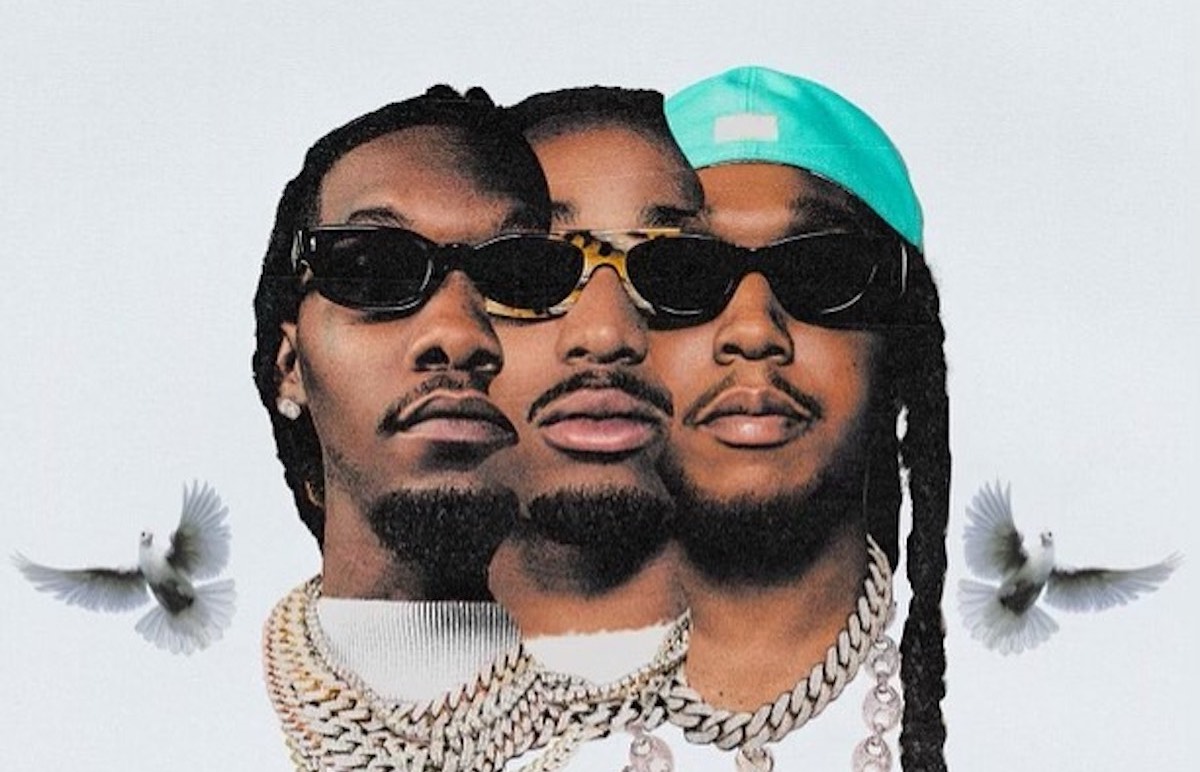 The trio known as Migos featuring Quavo, Takeoff, and Offset, released their third edition of the Culture series, Culture III. Surprisingly, not much has been released from the Migos since Culture II in early 2018. The three did release each of their own individual albums throughout late 2018 and early 2019. However, none of them really popped out or brought anything special despite a different move by the trio to make individual albums. Even after those individual albums, only singles and some features have been released. This album was also delayed multiple times. After Culture II, Quavo announced that Culture III would be coming in 2019, about a year after Culture II, which fits the timeline since Culture I was released in late 2017. So expectations seem high for Culture III considering the extra time they took to completely finalize the album.

Culture I set the bar in a great spot for what fans could expect in future albums. Tracks like Call Casting, Bad and Boujee, Slippery, and Big on big are some of Migos’s best tracks to this day. Though, Culture II was an absolute disaster of an album. Their one-liners weren’t anywhere near as creative compared to Culture 1. Outside of tracks like Stir Fry, Walk It Talk It, and MotorSport — which all are average within themselves — this album is basically forgettable. But in theory, this should set up an opportunity for a major comeback with an outstanding project in Culture III considering we know what the three of them can create from previous albums that helped them rise to their fame today.

That is essentially the opposite of what Culture III was supposed to be. Upon first listen, I thought it was okay. I thought the first half had some half-decent songs, enough to put this album at the mid-level. Unfortunately after the second listen for me was when things went completely downhill. This is by far the most disconnected the trio has been throughout any of their previous albums. I was beyond shocked to see some of these one-liners that are not only being inaccurate factually, but also disgustingly strange. Picasso featured a line where Quavo said “These n***** sweeter than cinnamon”, where cinnamon isn’t sweet, it’s a spice. Another one-liner on Modern Day, Offset said “Making money eight ways, I’m a squid”. Someone should have told Offset to write in octopus instead because squids only have two tentacles. However, the worst one-liner of them all came on Time For Me, where Offset raps “Twinkle, twinkle, yellow diamonds like I urinated.” I honestly wish I could go back in time to skip this track in its entirety. Roadrunner is the only track on this album where I thought the trio actually brought some above-average lyricism to the project.

The production throughout the album is about as typical as it can get for a Culture Migos album. There was absolutely zero progression in their instrumental from Culture II to Culture III. I can only give credit to Picasso for at least trying to have a flute integrated with the common trap beat. I didn’t think any of the features were anything special. The Justin Bieber feature on What You See was easily the worst.  This was a combination that was never meant to come together from the start. Juice WRLD on Antisocial was okay at best, but nothing worth giving a ton of credit. I was most excited to hear what Drake could provide on Having Our Way. But that also was a complete disappointment. Drake rapping “Qua’ out here havin’ his way, and like the third Migo, I take” every ten seconds could not get any more annoying. The only I truly enjoyed was Clueless featuring Pop Smoke and Fivio Foreign. However, I cannot give a ton of credit to Migos for this considering it’s a carbon copy Pop Smoke track with a New York drill beat in the background. Polo G’s Hall of Fame featured the same kind of track that was released on the exact same day as Culture III.

Overall, I would give this album a 3/10 with only my favorite songs being Roadrunner and Clueless. It is a tough choice to say whether this is worse than Culture II or not. Regardless, both are absolutely atrocious. What’s next for the trio? Who knows, but this group is far from their Yung Rich Nation and No Label albums that raised them to the top of the hip-hop/rap scenery. Migos has now become one of many groups to completely change their sound and rhythm to appeal to the mainstream audience but at the same time throw away all the elements that made their music constructively sound like a great rap album should. This easily goes up there as one of the worst albums of 2021 so far.